Social media influencers aren’t elusive. They’re everywhere, especially in your email list. There’s a good chance you have hundreds, if not thousands, who would gladly share your campaign message with their social networks if you did one thing—asked them (and not in a wimpy “p.s. can you share this” kind of way)!

The key to engaging social media influencers at scale (especially if they are already on your email list) is to treat them as a distinct segment. This small but powerful group can offer something of extreme value to your campaigns— social wealth!

The problem is that most organizations have no idea which of their supporters are socially influential. Our quick guide breaks down how you can find the people who are best positioned to share your campaign on social media, so that you can cultivate them to share on behalf of your cause.

Why Your Campaigns Need Influencer Marketing

Social currency is real. We live in an era where the power of an individual or organization is determined in part by their influence online.

One of the main reasons you should get serious about influencer marketing is because you have supporters in your database who could be extending the reach of your campaign to hundreds or thousands of new supporters. This could be exponentially more impactful than asking your supporters to take one-off actions.

Attentive.ly® found when evaluating 90 nonprofit customers that the top 5% of influencers on a nonprofits email list of 140,000 can reach an average of 34 million people, or 85% the total reach of email and Twitter combined.

That’s big deal! And it points to a major untapped opportunity for nonprofits to get their message read and spread by people who may be even better messengers. The Georgetown Digital Persuasion Study reports that 65% find out about a cause through their friends and family, while 68% were prompted to donate after engaging with a cause on social media

In short, you need to cultivate your influencers because 1) you already have them, 2) they can reach a ton of people for your next event, fundraiser, etc. and 3) they are often better messengers.

Like traditional wealth, social wealth can also be measured. The number of likes, followers, shares, active social networks, and dozens of other interactions can determine how likely it is that a person, or brand, can influence others to take action.

While there are different types of scoring methodologies such as Klout’s rigorous algorithm which assigns a score between 1-100 based on one’s social influence, the most important factors to understand when scoring influence are:

It’s worth noting that the term “score” is more of a way to think about segmentation rather than a standard methodology. Scoring takes many forms ranging from creating your own custom formula to choosing from a pre-scored “VIP, Media, Everyday” type of influencer.

3 Types of Social Influencers You Need to Cultivate

Often, we think of “influencers” as celebrities who could massively raise the visibility of a campaign, but are nearly impossible to recruit if they aren’t already involved with an organization. Both are largely true, which is why it’s important to expand the types of influencers in your marketing mix.

We recommend including different types of messengers such as the media (aka self-identified bloggers) who can write about your issues and “everyday” advocates who can share your message to their networks.

While influencers come in all shapes and sizes, they all have one thing in common: they help drive action by generating buzz around key moments like giving days, report launches, peer-to-peer events, election days, campaign kick-offs etc.

The first step in cultivating these powerful messengers is to segment them into 3 main categories—VIP’s, Media, and Everyday influencers— because each group requires a specific approach and ask.

Solutions like Luminate Online (Beta) and Attentive.ly bake in “social scoring” which allows you to easily find your VIP, Media and Everyday influencers so you can email them about your campaigns.

Motivated by passion of a cause, everyday influencers are the largest and most accessible of the three groups to cultivate. These are the “everyday” people in your email list who are often overlooked because they don’t have tremendous individual reach—but as a group they can be powerful.

Cynthia Mackey is an industrial engineer and tireless volunteer for STEM in schools and often uses her social media accounts with over 2,000 Twitter followers to help raise awareness. There tons of people like Cynthia who advocate for issues outside of their professions and someone like her, who is passionate about an issue, and already on your email list, is likely to help – they just need to be asked (and thanked)!

Engage Everyday Influencers: Make it easy for these supporters to share your message. Provide a link to the sharing content in the email or direct them to a landing page with various share options. On the big day, monitor your networks with the goal of showing special appreciation through likes, comments or retweets to your influencers or anyone who participates. Giving social love is one of easiest, yet overlooked engagement opportunities for community building.

Supporters who identify as bloggers or are worth cultivating as campaign messengers who can write about key campaign moments, especially if they’ve recently taken action with your organization.

Clay Johnson: With a Klout score of 60 and 12,000 connections, Clay is a great example of someone you’d want to enlist as a blogger if you’re looking to deepen reach in the government community.

Find Media Influencers: Generally, this segment should have 500-5,000 followers, a Klout score of 40-69 and “media or blogger” in their social profile.

Working with bloggers can take a few forms such simply asking them to share your campaign message on social to investing in a sophisticated blogging program like MomsRising and NoKidHungry’s blogger network. Both organizations call on their dedicated group of bloggers to write about key campaigns moments such as #GivingTuesday and key votes in Congress.

Whether you’re looking at someone like Hillary Clinton, Van Jones or Mark Ruffalo, VIP/Celebrity Influencers will always have reach and tend to be about 1% of your email list, so less than 50 people for most groups.

Mark Ruffalo. With over 3 MILLION followers, Mark Ruffalo (@MarkRuffalo) aka The Incredible Hulk, is a major climate change advocate who regularly tweets about climate and trade issues. One RT by Mark could massively expand your network reach.

Find VIP Influencers: Look for supporters with more than 5,000 followers and a Klout score over 70 who post about issues that compliment your cause.

Engage VIP’s: Like major donors, this segment requires a high-touch strategy. Once a plan for each VIP is created, you’ll want to send them an email and engage on social with a quick and compelling ask. We also recommend that you like, retweet, and follow them to get their attention.

While identifying influencers is relatively easy with tools like Attentive.ly and Luminate Online, there’s no way around the time it takes to cultivate working relationships. Protect your investment by giving programmatic structure around your influencer marketing strategy and assign follow-up tasks as a specific job responsibility. Once you’ve gained traction and see results, continue working with those influencers and build on your momentum.

27 Influencers Raise $ 200K : A large nonprofit identified 27 everyday influencers who participated in their annual walk the previous year. They emailed this small but engaged segment and asked them to invite their friends to join them in the upcoming walk via social media. By providing them with a registration incentive code, and on-going coaching from staff for five months, those influencers recruited 105 additional participants, who raised more than $ 200,000.

50% Open Rate and 500 Tweets : The World Wildlife Fund segmented by social influence and emailed their everyday influencers asking them to tweet the President about climate change for the State of the Union. This powerful group responded with nearly a 50% email open rate, which resulted in more than 500 tweets sent to President Obama!

25% of Influencers Emailed Joined Twitter Storm: The Communication Worker of America wanted to back up striking workers for the #VerizonStrike campaign on Twitter. By matching their email file with social data, they found 300 supporters who had taken past actions around the campaign and who were also socially influential. By emailing these 300 influencers with the CTA to join their Twitter storm, over 70 responded (and Tweeted), resulting in an amazing 25% conversion rate.

Influencers Play Critical Role in Giving Day Campaign: The No Kid Hungry Social Council and Bloggers are a collection of diverse individuals committed to the fight to end childhood hunger and are the driving force behind their campaigns. No Kid Hungry activated both groups around their giving day who were instrumental in reaching 63 million people across various social media platforms in a single day. The campaign also raised nearly a quarter of a million dollars ($ 243k) with 18% of those donations coming through social media.

64% Fundraising Conversion Rate: In an effort engage remote alumni who couldn’t attend the universities annual fundraising event called Fill the Hill, “Spirit Packs” were mailed (yes, mailed!) to 150 of their most influential alumni. The packs contained a branded notepad, coaster, sunglasses and a thank you card that included a call to action to snap a picture with the swag with hashtag #uwflamingos. The social engagement tactic resulted in 96 of the 150 influential alumni making a gift (a 64% conversion rate!). It was an excellent way to enhance their alumni stewardship while showing social proof of their alumni’s enthusiasm.

Everyday Influencers Raised $ 25K on Twitter : A women’s organization asked their everyday influencers to participate in the #IAmDetermined Selfie Challenge as part of #GivingTuesday. They emailed their advocates social media toolkits with drafted messages and images to help raise awareness about the campaign. As a result, they raised $ 25,000 and their most successful day on Twitter.

Engage during the campaign

GUIDE: Getting Influencers to Root for Your Cause
Learn how to use your supporter records and insight from social data and social listening to better understand your most influential followers. Because when you enable them to be ambassadors of your message, big things happen. Get Whitepaper 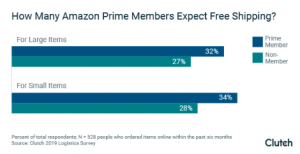 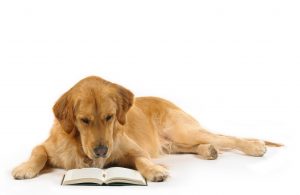 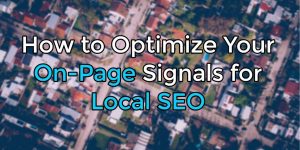 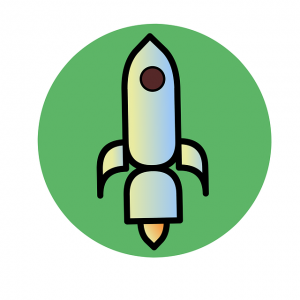 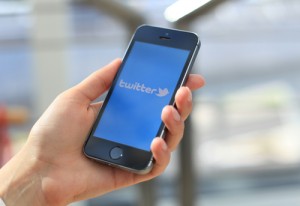