How to Master the Art and Science of Effective Team Management


A single perfect brush stroke does not make a painting. Nor does a single note make a song. Every work of art, whether it’s a painting, sculpture, or song, is a result of many individual pieces all working together in harmony to make the whole. Artists spend their entire lives learning how to improve these individual elements and learning how they fit together to create the final composition.

We don’t often think about this kind of dedication in business. No one spends their entire life devoted to the mastery of middle management. Yet, to excel as a manager, you will need to spend a considerable amount of time learning about the individual people that make up your team.

This is where the rubber meets the road for you as a manager. It’s easy to do ‘just enough’ to try and keep your team on target. But how do you reach the next level? How do you break the mold of business school best practices and begin to engage and inspire your team to reach high performance?

Understand the Psychology of your Team Members

Way back in 1921, Carl Gustav Jung, father of analytical psychology, introduced the theory of psychological types in his aptly named book, “Psychological Types”. He theorized that people generally use one of two mental functions: Perceiving, taking in information; or Judging, organizing information and coming to conclusions.

We celebrate diversity on teams because it contributes to innovation. But with diversity comes a wide range of experience and individual priorities. Trying to lead these diverse personality types with one blanket management style often isn’t enough to satisfy the needs of each individual.

There are many personality assessments available today inspired by Carl Jung’s theory, including the MBTI, Strengthsfinder, and Emergenetics. No matter which method you choose, learning about each psychological type on your team helps you better understand how to help them collaborate. Discussing the results together as a team helps each member gain new perspectives about their peers and learn to appreciate their differences.

Getting to know the individuals on your team is ultimately a practice of empathy — the better we understand others’ points of view and preferences, the better we can work together as a team and collaborate more productively.

Set the Standards for Success

American social psychologist Leon Festinger developed the Social Comparison Theory in 1954, stating, “there exists, in the human organism, a drive to evaluate his opinions and abilities.”

Festinger theorized that without objective measures to compare against, we tend to evaluate ourselves based on the abilities and opinions of other people.

One of the most important facets of a high-performing culture is a set of strong values. Having “values with teeth” as Levi Nieminen put it, provides a set of boundaries that guide the behaviors on your team and in your organization. This guidance helps frame the ‘right’ and ‘wrong’ way to work in peoples’ minds.

But, when values don’t exist or are weak and ‘toothless,’ employees may begin to compare themselves subjectively to others in potentially damaging ways.

“Sometimes people compare up,” writes Ariel Costa for Quartz, “which leads to feelings of envy and low self-esteem, and sometimes they cast a glance downwards, to those whom they’re ‘beating out,’ which leads to satisfaction with one’s own achievements.”

High performing teams consider all individual members as equals. They hold each other accountable to perform to the best of their abilities without judgment. And a strong set of values can help guide these optimal behaviors by providing your team with objective standards for comparison.

A word of caution: Values won’t help guide behavior if they’re left buried in your desk drawer. They must be communicated boldly at every opportunity. Your employees should know them by heart, and embrace them in all their decisions and conduct.

Values also communicate themselves clearly by what leaders and managers do not do. If you don’t react to certain kinds of behavior, employees assume those behaviors are acceptable. It’s equally as important to react to unwanted behavior as it is to reward the wanted behaviors.

When values succeed, employees are empowered to hold each other accountable to them; to speak up when someone isn’t following the ‘right’ behavior. And through continuous and consistent reinforcement both from leadership and through process, these guideposts will embed themselves into the culture of the organization and help drive higher performance on your team.

97% of employees and executives agree that a lack of alignment within a team impacts the outcome of a task or project, according to ClearCompany. Furthermore, the majority cite a lack of collaboration or ineffective communication as the cause for workplace failures.

A lack of clarity creates a real problem in terms of engagement and effectiveness, and can even lead to conflict among team members.

In 1954, a social experiment called the Robbers Cave Experiment demonstrated what is now known as realistic conflict theory, a social psychological model of intergroup conflict. The theory explains how conflict can arise between two groups as a result of competition over limited resources and/or conflicting goals.

In the experiment, 22 teenage boys were randomly split into two groups and taken to a 200-acre Boy Scouts of America camp in Robbers Cave State Park, Oklahoma. The researchers observed how competition arose when the two groups had conflicting goals. When the groups came back together, clarity around a set of common, “superordinate” goals that both groups held a vested interest in solving enabled the two groups to cooperate and work together.

The lesson? Intergroup conflicts are often rooted in a lack of objective understanding.

It’s up to you as a leader to help provide clarity around your team’s goals, individual roles, and expectations. How do the individual and team efforts contribute to the company’s overall strategy? What’s expected of each person, and how is their performance measured?

Providing a common framework and language around work within your team builds trust. When employees fully grasp what’s happening in the environment around them, they’re able to better understand the context of their individual contributions to the team and organization.

Give Every Member Ownership Over the Outcome

Collaboration and communication are integral to effective team performance. But a recent body of research has underscored the critical importance of one aspect of these team dynamics: Providing each individual member of a team with an equal share of voice.

In an article for HBR, Alex Pentland notes that “the key to high performance lay not in the content of a team’s discussions but in the manner in which it was communicated.”

Pentland’s research aligns with what Google found in their quest to build the perfect team. In 2012, the company embarked on an initiative called Project Aristotle to find out why some teams are more effective than others.

“First, on the good teams, members spoke in roughly the same proportion, a phenomenon the researchers referred to as equality in distribution of conversational turn-taking.” As long as everyone on the team had a chance to talk, the team did well. But if only one person spoke all the time, the collective intelligence declined.

“Second, the good teams all had high average social sensitivity — a fancy way of saying they were skilled at intuiting how others felt based on their tone of voice, their expressions, and other nonverbal cues.” People on ineffective teams seemed to have less sensitivity towards their colleagues.

Both of these traits are part of what’s known as psychological safety — the belief that one will not be punished or humiliated for speaking up with ideas, questions, concerns, or mistakes.

Providing your team with a safe environment for sharing their ideas, asking questions, and respectfully challenge each other is paramount to effective teamwork. Give your team members ownership over the outcome by encouraging dialogue, vulnerability, and empathy.

Companies like Google and Pixar have used the idea of “casual collisions” to design their workspaces in a way that promotes spontaneous, random discussions among employees. In fact, Google intentionally designed their New York City campus so that no part of the office was more than 150 feet from food.

Why? Because these companies understand that collaboration can’t be forced. Their workspaces are designed to promote organic collaboration among workers.

While designing a workspace for casual collisions may not be in your sphere of control, you can encourage spontaneous collaboration through activities outside of work. This might be as simple as a weekly happy hour on Fridays, or team lunches outside the office.

Many companies offer perks like catered lunches. But these companies miss the point. In practice, these perks can actually discourage employees from venturing away from their desks during the lunch hour.

It’s not about free meals. You need to provide your team with a comfortable environment to bond and share ideas without feeling forced. If you want to encourage knowledge sharing and innovation on your team, provide them with opportunities to connect and discuss ideas away from their desks.

Now that you know some of the most important behavior science behind managing effective teams, it’s up to you as the artist to put these strategies into practice.

Don’t be discouraged if things don’t change overnight. You’re managing a diverse group of people, and people naturally resist change. Bringing everyone on board can take some time. But, this is an opportunity for you to make a positive impact on your team, your organization, and your career.

So, embrace the challenge. Spend time talking with your team members so they understand why things are changing, and how they individually contribute to this new positive direction. Guiding your team to high performance won’t be easy, but it will be worth it.

Anton Rius, Digital Marketing Manager at gothamCulture, brings over four years of online marketing and eight years of technology management experience to the team. He specializes in relationship marketing, with a focus on social media, content marketing, and how emerging technology can make it easier to foster meaningful connections between businesses… View full profile › 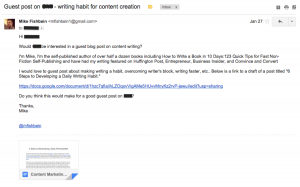 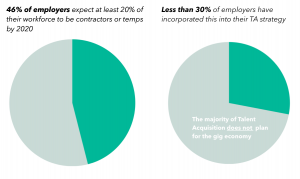 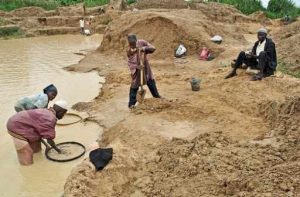 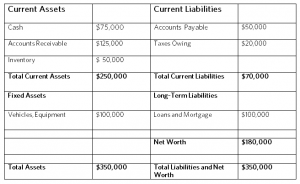