You have your email list. You have your phone numbers, zips, and addresses. Heck, you even know how many actions each person has taken, their last donation or purchase, and if they open emails. But there’s something incredibly valuable missing here.

This new view is more than understanding if a supporter is on Twitter, Facebook, etc. It’s about understanding the social behaviors and interests of your people – what they post, how many connections they have, if you follow each other, their demographics like age and location, what platforms they use, trending terms and more.

This article provides a deeper dive into why understanding the social side of your supporters is critical in helping you rise above the noise and drive engagement. For those who make it to the end, we’ll even provide a complimentary custom report that breaks down these audience insights in a beautiful infographic.

While you probably have a good idea what networks your people use, and probably assume “a lot” of your supporters are on Facebook for example, do you know if it’s half or more like 90%? Same with Twitter, LinkedIn or the major social networks. You could make an educated guess by reading one of Pew’s social networking reports or read on and find out next week who on your email file is on these key networks.

For all of your people in your CRM who use Twitter, you need to know who follows you and who you follow. The first steps are to create reports to see which supporters follow, or don’t follow you. Next, segment these folks into two groups in your CRM (i.e. non-Twitter followers and Twitter followers) to take these actions:

3. Do you know your network reach?

This is huge and something you’ll be very excited to find out because your network reach is probably about 200x more than your CRM. When we talk about network reach, we mean the total reach you have on social media when you account for the number of followers your supporters also have on social. So think about this for a second: imagine an influencer with 100,000 followers on Twitter. One little push of a button and those 100k are exposed to your message.

Another reason knowing your network reach is huge, and why we call influencers game changers, is because in our research of 90 nonprofit clients, we found the top 5% reaches 85% of your extended social network. As such, it’s not that everyone on your list has about the same number of followers … it’s not even close. Influencers have massively disproportionate number of followers, so the goal is clear – find your influencers and tap into their networks.

Once you determine your network reach by matching your email file to social data, you’ll have a better idea how much you could increase engagement with say a 1% or 10% response rate. For example, if you have the typical network reach of our clients, your extended network reach is around 40K. With just a 1% rate, you’d reach 400K with about 40 influencers. If you engaged the top 10%, you’d reach millions. Having data that shows your network reach in real numbers opens up a world of possibilities to incorporate influencers in your marketing mix.

Influencers are your force multipliers and can make your job much easier. One of the best ways to find your influencers is to search by Klout score.To illustrate the disproportionate reach of influencers, you’ll want to find out the average score of the top 1% of influencers AND how much reach they have.

Understanding the reach of your top 1% will help you evaluate the time you should spend cultivating influencers. For example, if the top 1% of your contacts only have a Klout score of 50, you’d want to put your energy into developing a program for your “everyday” influencers instead of a VIP type program for scores that are typically above 70. If your top influencers have sizable representation and are responsible for say more than 40% of your reach, you’d want to prioritize finding and engaging these folks (on the double!).

5. How Many Connections Per Supporter?

While influencers have the greatest reach, it’s also helpful to know how connected your average supporter is. We all understand the value of word-of-mouth marketing as it’s proven that reviews, recommendations and content are better received when it comes from someone like us. It’s worth mentioning that volume alone doesn’t show the strength of connections or content relevance, plenty of people buy low value followers which isn’t recommended.

Get the pulse on how connected your list is. Better yet, run multiple Audience Reports on your high value groups like customers, donors, volunteers, employees, etc. to see how socially connected and influential they are as a group. Once you know the number of connections for your average supporter, let alone your influencers, you’ll think about your email list much differently.

These are the people you should spend time researching and possibly cultivating to help you promote or or co-creating content. Our basic formula for identifying influencers is to look for those with reach (over 500 connections, 40+ Klout score), relevance and past history. Hopefully your top 10 influencers have more than 5,000 connections and Klout scores over 60. Next, take a look at what these folks are talking about on social and if it compliments your area of focus (it doesn’t need to be an exact match). In Attentive.ly you can also see the top hashtags and search terms for individuals and groups which makes this type of research quite easy.

For influencers who have reach, relevance and past history with your organization, figure out your game plan then contact them by email ideally or DM thanking them for their past involvement and interest in future collaboration. See our guide, How to Identify and Engage Your Influencers for tips on how to approach influencers.

7. What are your CRM demographics on social?

The ability to import key social media data into your CRM pays dividends for smarter segmentation. Do you know the age breakdown for your email file as a whole and for the people who give you time or money? One of our latest features in Attentive.ly is the abilit to create audience reports like this for key groups in your CRM like donors, activists and volunteers.

8. Connecting your email to social

Organizations have unprecedented insight the social side of CRM’s which can deliver an abundance of opportunity for personalization that reaches far beyond surveys, focus groups or feedback forms. The first step starts by matching your current email data with data collected from social media. By combining these two data sets, email lists can become real people with lives and jobs, families and friends, interests, and passions- in context of products and services. We now have the ability to analyze, in real time, what a supporter thinks, feels, cares about, by “listening” to their online conversations and then reacting with predetermined triggers through automation, or sending personalized marketing messages directly to that person, formally known as “Supporter X.”

Match your emails to social with our free Audience Insights Report

You’re probably muttering to yourself, that this sounds cool and all, but finding my org’s supporters on social media seems like a lot of work – and I don’t even know where to start. Our free Audience Insights Report matches a subsection of your email list with over 100 social networks to help you to understand who your supporters are. Here’s a sample report so you can see exactly the type of infographic we’re able to create on the house.

This free resource is a great first step at deepen relationships with your existing base. And all of this knowledge is essential in how you segment out your lists, how you communicate to those lists, how you craft your Calls to Action (CTA) and most importantly, increase conversions. 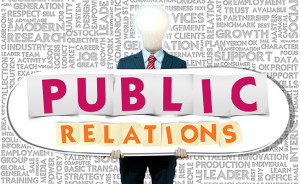 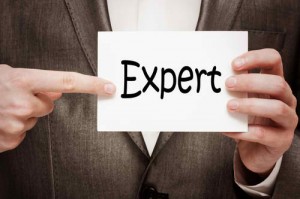 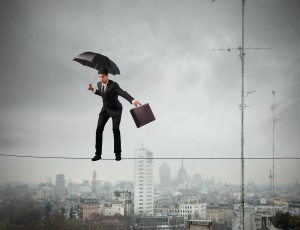 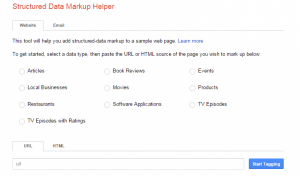 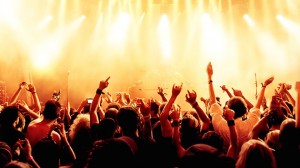 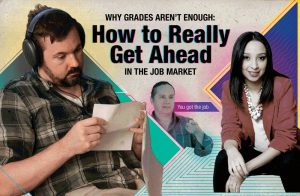 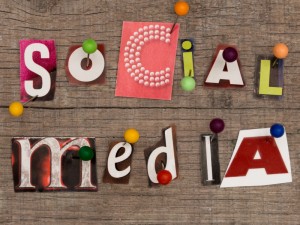