Diversity and corporate culture remain some of the most prevalent discussions in the contingent workforce today. It’s no coincidence. These two ideals, in a sense, are conjoined. They can also be misinterpreted, misrepresented and misused. When that happens, on either side of the union, problems arise. Corporate culture shouldn’t mean group think and homogeneity. Diversity shouldn’t be a term restricted to race, ethnicity, gender, sexual orientation and so forth. Thought diversity is just as important. Innovation depends on embracing differences, especially in the presence of healthy dissent. According to Dr. John Sullivan, a prominent and influential HR thought leader, the “glass half empty and leaking” types are the real pioneers of growth. Let’s examine how contingent workforce program leaders can help their clients identify and capitalize on this misunderstood powerhouse of talent.

The end of the Great Recession, coupled with the influx of millennial talent into the workforce, created many shifts in the practice of talent acquisition. The topic of diversity, for example, became a higher priority than in days past. It’s always been important, yet too often overlooked. We also began placing greater emphasis on the concept of corporate culture, which has become one of the loudest mantras chanted across the industry by hiring managers, candidates, HR leaders, procurement, recruiting professionals and others.

In each case, the changes have been inspired largely by Millennials. They were raised in rough times — a ruined economy, crumbling social systems, rampant political discord and armed conflicts. Many in the generation feel marginalized or even abandoned. Cultural fit, with its sense of belonging and developing, becomes a paramount consideration for them. Millennials also belong to one of the most diverse groups in modern history. The ethnic and racial composition of the workforce is evolving rapidly — a trend that will continue to gain speed and shape the nature of tomorrow’s workplaces and talent.

Today, the issue of diversity in the workplace mirrors that of mainstream society. As business trends push toward greater degrees of globalization, boundaries collapse. “The share of people of color in the United States is increasing,” the Center for American Progress observes. “More women are entering the labor force, and gay and transgender individuals are making vital contributions to our economy, while being increasingly open about who they are.”

Yet when we read about diversity, or hear pundits pontificate their views, the definition strikes one as narrow. It’s usually a discussion of race — and two races, at that. Sometimes, there’s the odd bit about gender. Even by the most encompassing standards, diversity extends beyond race, ethnicity, national origin and ancestry, culture, religion, gender and sexual orientation. However, what we regularly fail to discuss is diversity of thought. And that’s the crown jewel we unearth when different minds come together.

Although Dr. Sullivan’s piece in ERE Media centers on recruiting innovators — his “glass half-empty” talent — he also hits on the true spirit of diversity: the need for differing perspectives rather than universal consent. Here’s how Dr. Sullivan explains the idea:

“The majority of employees routinely see ‘the glass as half-full’ and as a result, they are satisfied with the status quo. In direct contrast, innovators routinely see ‘the glass as half empty and leaking.’ Those who share this ‘half-empty and leaking’ vision assume that there are hidden problems in all existing products, processes, tools, and solutions. And because they understand the rapid pace of change, they also see all existing approaches as ‘soon to be obsolete.’ And because they see these two needs to both identify hidden problems and to replace all existing processes with new disruptive innovative ones, they continually explore and have a sense of urgency. These are traits not shared by other employees.”

Unlike the idiom most of us were raised on, the glass-half-empty folks are not pessimists. On the contrary, they’re incredibly optimistic about the future — and the future is what holds their attention and commands their aspirations. Their goal is to uncover, conquer and improve existing issues to achieve a superior future state. It’s the same behavior we see exhibited in high-performing Six Sigma professionals, who constantly search for defects and ways to surpass them before problems arise.

The complication for some organizations is that their version of corporate culture precludes this kind of thinking. When business culture becomes an excuse to promote bias or a maintain a group of overly similar individuals who always agree — or are encouraged to see the business only through “rose-colored glasses” — they enforce a status quo with no traction; instead of ongoing momentum, these enterprises become trapped by inertia.

A robust corporate culture is one in which people share the same mission and organizational values — not the same upbringing, opinions, culture, national origin, gender, race, ethnicity, orientation and so on. In fact, it’s the inherent differences in these characteristics that open our minds to new ideas or new ways of thinking.

Dissent, or deviation from the norm, fosters innovation. When a congress works well, it does so because multiple perspectives and healthy dissent force everyone to consider alternatives, see the bigger picture and reach a consensus on the most optimal solution — perhaps one nobody had imagined previously. The same principles apply in a thriving contingent workforce, where skilled talent are brought in to solve old problems, spearhead competitive projects, or develop new products and services for a client.

There are tremendous benefits to be found in a culture that welcomes differences of thought and approach.

In order to recruit the kind of diverse thinking that clients need, MSPs and their staffing partners must actively search for these candidates. There are some unique ways to accomplish this. Following are just a few recommendations, based on Dr. Sullivan’s experience.

Diversity has long been a hallmark of staffing providers. As the doors to global communities open, creating unprecedented levels of mobility and integration, more employers are reaching out to elite staffing partners who can help them find the diverse talent they need. More importantly, however, we have an opportunity to expand the idea of diversity and corporate culture to incorporate truly diverse thinking, which will drive performance for our clients through fresh ideas, perspectives and ways of working.

Len is a successful serial entrepreneur that is helping organizations acquire top IT, Engineering, and Professional talent using VMS and MSP programs. Clients benefit from his keen understanding of building high-performance teams and his 30+ years of proven business acumen.
Based in Montreal, Len started his first company in 1980…. View full profile › 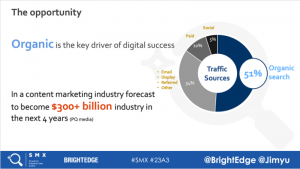 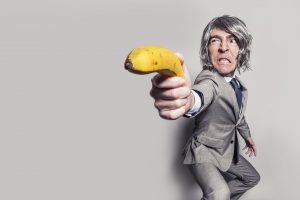 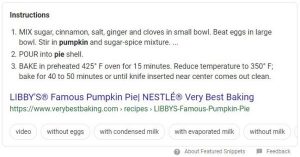