The media landscape is fragmented and confusing right now, so much so that the News Media Association has asked the Government to do something about Google and Facebook’s influence. Exactly what the government is supposed to do is not laid out. So of course nothing will get done.


But here’s the rub. How stupid does an industry have to be to moan about a source that sends millions of readers every month free of charge? Yes, that’s right — there follows a rare piece of support for the search giant that is far too keen, in my opinion, to avoid paying UK tax. As far as Google News goes, what is the news industry’s beef? I remember Murdoch had a big complaint about Google stealing stories a couple of years ago. I just don’t get it, though. Do you?

Google News doesn’t carry advertising, and it provides links to articles and videos hosted on their creators’ sites. It’s surely what newspaper groups are clamouring for and what businesses spend a fortune on SEO and PPC to receive. Yet here the media companies get it for nothing. Or at least, they get it for the cost of knowing enough about SEO to appear on page one.

Of much greater concern is Facebook. Take a look at the news attention graphs and Facebook looms large. It’s one of those charts where if you’re a news media organisation you just have to gulp. Facebook has nearly as much news attention of the rest of the market combined, and if you combined it with the (advertising-free) BBC, the pair are clearly way out ahead. Only the Mail Online gets close to making a dent in their dominance.

But is that necessarily as bad a development as the papers seem to believe? I follow the two newspapers I subscribe to in the UK on Facebook, The Times and The Telegraph, and as often as not pick up stories in my timeline from them. I also receive some very nice tidbits from The Economist, The Guardian and The Independent, which are all gratefully received. I click on them and i go the media owner’s site where they are free to advertise to me. What’s the problem? If the papers see a huge issue here, why are they filling my timeline with their stories?

I know the newspapers see themselves as in direct competition for ad dollars with Facebook, and I’d suggest that’s something they’re just going to have to live with. Here’s an inconvenient truth, however. People generally don’t go to news home pages to search for news as they used to. The vast majority, as the figures bear out, are getting their news via Facebook. But surely that’s an opportunity for free distribution, isn’t it?

So, what are we to do? Or what can the government do? It’s not really clear in the coverage of the NMA’s meeting with ministers what they want. Surely, they’ve got a search giant that sends them millions of people every month for free on one hand and a social media giant that is doing much the same on the other. If they don’t want anything to do with Facebook, then why feature an icon for sharing content via the site? Why have accounts that readers are encouraged to follow so they pick up stories in between cat videos and first day at school photos?

No, the real threat to news media organisations are the people who steal their stories and pass them off as their own. Facebook and Google pass on traffic to the news source, many other start-up news organisations do not. They simply steal and half way through acknowledge the source of the story was a third party. Ultimately, then, it’s start-ups that use social better than the traditional giants and steal stories that are the big issue, not Google and Facebook, who actually represent a massive opportunity. 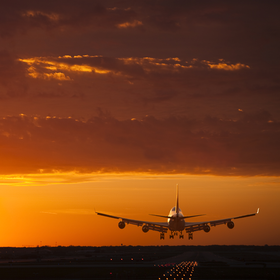 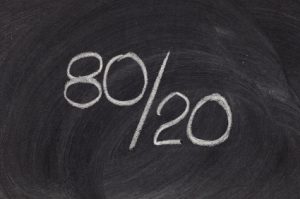