Understanding the Critical Difference Between “Need To” and “Must Do”

In pretty much every conversation I’ve been having recently with CEOs and sales leaders the subject turns – sooner or later – to a growing competitive threat. And despite the fact that they are in widely different businesses, the competitor is always exactly the same.

How can this be? Surely you’d expect each different market to be characterised by a different set of competitive vendors, and that, of course is true. But I’m not referring to the other vendors that happen to compete in the same space as you.

Have you guessed who this mystery competitor is yet?

THE IRRESISTABLE LURE OF THE STATUS QUO

It’s simple, but it is known by different names. Some recognise it as “inertia”, others as the “status quo”, and yet others as the “risk of change”. But the outcome is inevitably the same: after a lengthy and time-consuming decision process, the prospect decides to do nothing.

A marginal difference is rarely enough to ensure action: in order to drive change, the perceived gap between the prospect’s current situation and their desired future state needs to be both substantial and indisputable.

SOWING THE SEEDS OF DESTRUCTION

And yet I see many sales people sowing the seeds of their own destruction in the early stages of a sales cycle. Here’s how the situation typically unfolds: The moment a prospect acknowledges an issue the sales person believes they can solve, they leap straight to describing how their product can help them.

Can you work out what is so wrong with this scenario? The sales person has missed a golden opportunity to just stick with the problem and keep exploring the implications and consequences until they have a sense of just how significant the issue really is (or could be made to be).

That’s why it’s so important for sales people to understand the critical difference between “need to” and “must do”, and explains why so many apparently promising sales opportunities vanish into the dust.

Simply put, most problems (and most implied or explicit needs) are never painful enough – or were never made painful enough – for the prospect to be willing to accept the costs and risks of change that are inevitably associated with addressing the issue.

It should be clear that selling against a mere interest should never be enough to win a complex sale. But what’s less intuitive is that even selling against a declared need is by no means guaranteed to result in a buying decision.

There’s a very obvious reason for this: your potential customers, at any one point in time, will always have a bunch of things they believe they need to do, and it’s equally certain that they won’t have the time or resources to address them all or even most of them.

So “needing to do something” ends up being a very weak indicator that they will end up taking any form of action. Most of these “need to” issues will end up falling by the wayside, because the prospect will conclude that they can actually survive with the current situation.

It’s only the “must dos” that will inevitably result in action, because the gap between the prospect’s current situation and their desired future state is both substantial and indisputable.

An issue becomes a “must do” because it will cause a critical business metric or goal to be missed. Sometimes it takes the form of a current problem that already painful and will become progressively more painful as time goes on. These tend to be the easiest to prove.

But it may also take the form of an upcoming opportunity that – if it is not grasped – will have an increasingly harmful impact on the organisation’s future prospects. These can be harder to prove, but are no less powerful if the prospect believes them to be true.

SUPPRESS THE “ITCH TO PITCH”

So here’s my advice to sales people – and to their sales leaders: no matter how tempting, you must suppress the “itch to pitch”. You must resolutely avoid the temptation to prematurely elaborate your solution. You must keep investigating the problem or opportunity until you’ve worked out whether the issue is a “need to” or a “must do”.

If you conclude that the issue is currently merely a “need to”, you need to explore all the ways in which you could help the prospect come to regard it as a “must do.” And if, despite all your efforts, you cannot move the issue beyond a mere need, you must acknowledge that the prospect is less likely to take action, and adjust your expectations accordingly.

REACHING THE ROOT OF THE PROBLEM

Here are a few questions that can help you decide:

I’d suggest that if you don’t have the answers to any of these questions, or if the answers are unclear or weak, you’re probably selling against a “need to” rather than a “must do”.

I’m not saying you can’t or won’t win, but you need to be very aware of very real possibility that they will end up deciding to do nothing. And that’s not a very satisfactory outcome, is it? 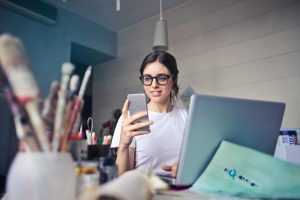 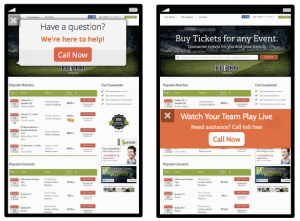 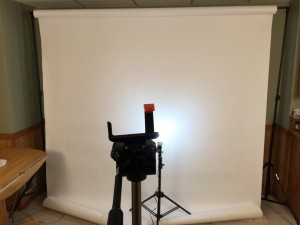