How Social Media Has Changed And Why You Should Keep Up


The social world is about to welcome 2016. How did your business perform on social media during 2015? Social media trends happen very quickly and if you were not too quick to jump on them, you could be losing a ton of opportunities. A research by Clutch found that 53% of small businesses use social media more than SEO and online advertising. Social media acts more like an equalizer. If you are good, your online presence will be legendary. Your brand doesn’t have to be a giant, you just have to be really good.

Being good and efficient requires a knowledge of trends and social media news. You must be so flexible to adapt to the changes. Remember that you have to be where your audience is. To help you strategize and capitalize on social media better, here are social media news you’ve never heard of.

Photo courtesy of TheHilaryClark via Pixabay

No other platform takes immediacy as seriously as social media. While it is in-the-moment by nature, there are social media channels now, such as Periscope, which let you broadcast live video as opposed to filming a video then posting it later. Periscope, which reached one million users just 10 days after launch, claims that its users watch the equivalent of 40 years’ worth of video every day. Facebook will reportedly launch a similar feature soon. If you are a wedding company, for example, you can broadcast flower arrangements and other preparations as they happen. If this social media trend catches on, scheduling your social media posts may be a practice in futility.

Buy Button on a Roll

Photo courtesy of geralt via Pixabay

If you see a sponsored post on Facebook, Pinterest, and Tumblr, you don’t have to leave the application to buy that one thing that you like. For advertisers and marketers, this is a big news on social media that can change the way users purchase things online. “Buy” buttons is an example of how social media affects revenue. While it did not initially appeal to Tumblr users, with only 17% saying they are interested in the feature, 14% of Instagram users, and 13% of Twitter users are. Product-based companies should look into this social media marketing strategy to improve revenue and build a loyal customer base.

Publish with No Link Required

Photo courtesy of pixelcreatures via Pixabay

To improve its in-app functionality, Facebook introduced Instant Articles, which is a new form of publishing. This allows a company to publish full-length articles, without having to link to an external source. One of the latest developments in social media, Instant Articles is another effort to keep users in-app for as long as possible. For marketers, this means publishing more content in a mobile-friendly and app-friendly way.

Photo courtesy of StockSnap via Pixabay

Here is what’s new on social media: a social network that uses a points-based system to encourage more people to interact with a particular content. The social platform is called Minds, which has garnered one million users in less than a month since its launch last June. When users utilize the Mind’s mobile app to upload content, vote, or comment, they earn points. These points can be used to boost their own content or other people’s updates. This social network lets you “earn” promoted posts rather than buying them. This is how social media works for businessmen: it gives options to promote a business with less advertising spend.

It’s a Visual World After All

Photo courtesy of fancycrave1 via Pixabay

It is without doubt that visual content enhances customer engagement. According to SEOmoz, posts with videos attract three times more inbound links than content without. The growth of visual platforms such as Instagram, Vine, and Snapchat is also an indication that social media marketing strategies are and will be greatly anchored on visual content.

The Rise of Messaging Apps

Photo courtesy of StartupStockPhotos via Pixabay

There will come a time when SMS messaging will no longer be as popular. In a mobile-first and mobile-only world, messaging applications are becoming the cornerstone of communication. According to MDG Advertising, six of the ten most used apps globally are messaging apps. Whatsapp, Facebook Messenger, Line, Viber, Kakaotalk, and WeChat are leading the way. This social media news tells you to interact and connect with your users using messaging apps more.

Photo courtesy of StockSnap via Pixabay

One of the biggest social media news that you probably missed is this: men are pinning more content than ever. If you are a company that caters especially to men, you might want to explore the erstwhile-women dominated Pinterest. This social network is not just all about food and fashion anymore. There was a 96% increase in men’s fashion pins in 2014 and a 118% increase in car and motorcycle pins. It is important that you keep up with social media trends like this so you can expand your reach and your market.

Social Media is the New “Google”

Google is still the search king. However, to improve in-app functionality, social networks have also launched their own search engines. Without ever the leaving the app, users can search published articles and videos. This social media news shows that the way users search for services and products have changed, from SEO to online comments and reviews.

It’s All About Telling a Story

Photo courtesy of DGlodowska via Pixabay

This one will never change. There will be developments in social media every so often but marketers need to focus on telling their stories just the same. Sharing and caring matter more than pitching your services and products. People tend to respond better to campaigns that relate to them directly. Make the most of your brand’s story and gain more audiences in the process.

Social networking, in today’s world, is a huge space wherein people connect at an unprecedented speed. You have to be able to keep up with the trends. The effects of social media in business cannot be understated and you should make the most of your presence in them. Do not publish blindly. Know how trends are reshaping the way the market thinks and consumes. 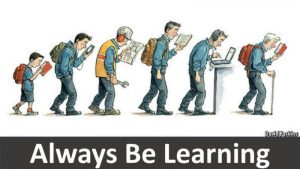 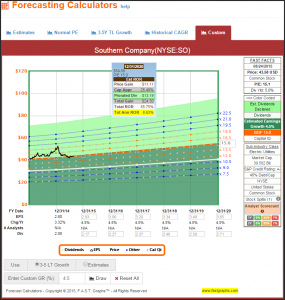 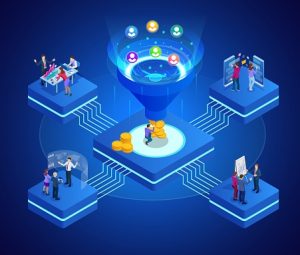 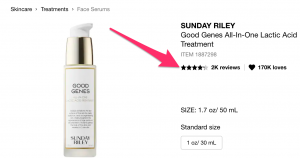