When the Sochi Winter Olympics begin next month, they’re bound to gobble up social media bandwidth. Team USA has already begun an online “Dream Stream,” part of a multi-faceted social media hub that also includes social Q&As with athletes, spotlighted tweets by influencers, and a user-customized homepage (“Social Podium”) that allows fans to follow activity around their favorite teams.

Behind the experience is tech developed by Mass Relevance, the Austin-based company that has powered brands from Purina to Microsoft since 2010. Mass Relevance designs participatory social marketing campaigns delivered for virtually every platform, from mobile to TV to Times Square jumbotrons. The concept is one that is becoming increasingly popular with brands of all kinds–market with consumers instead of at them by encouraging and reacting to relevant conversations and imagery on social media, and then surfacing that user-generated content in a curated, designed experience.

In the past, designing the campaigns required a lot of close work with the Mass Relevance team and/or significant tech resources, but this week the company launched a new platform that gives marketers more control and the ability to make on-the-fly changes on their own.

“Because we’ve expanded so much in working with agencies, brands, media, all these different folks that have matured, for the first time the platform is an open platform,” says Mass Relevance founder and CEO Sam Decker. “What we’ve learned over the past couple of years of working with our clients is that there are two groups. There’s a technical group that wants a lot more control, and there’s a nontechnical group that wants things to be created and deployed more quickly and easily.”

The result is a new platform that has more intuitive features, including a large template library, which allow a nontechnical marketer to curate, customize, and update a design-based social media marketing campaign with a minimum of technical resources. At the same time, developers and designers now have access to the platform’s HTML and stylesheets, so they can go in-depth and modify or create new experiences without necessarily involving Mass Relevance.

“For example, for media clients, when they do sponsorships, they want more flexibility to integrate the sponsor into the experience, and be able to do it without a lot of heavy tech and design resources,” says Decker. “Now we’ve made it easier if they don’t have the tech resources, and more flexible if they do.”

One of Mass Relevance’s most established clients is Fox Sports, which has used the platform to power social elements of its Super Bowl hub, including an interactive poll allowing visitors to vote for their team and predict the score, as well as a Facebook-powered breakdown of where, who, and how many people are talking about the big game at any given time. FoxSports.com also uses Mass Relevance to power the right rail of its show pages with related tweets and images.

“Crowd Goes Wild, our flagship show, is a very socially driven show, so having the visuals from Mass Relevance allows us to take what the users post and put it on our site in a way that is much more engaging than a basic Twitter stream,” says Fox Sports product manager Greg Urbano. “Also, Facebook and Instagram integration [into Mass Relevance’s data] has been huge. It used to be ‘well, this is a great way to display tweets,’ but now we can see how the conversation is different on the different platforms and really use that.”

More relevant to the big Super Bowl sponsors, says Urbano, will be the television broadcast’s Mass Relevance-powered social push onsite in New York, where the Fox Sports set will include a dynamic mosaic to highlight tweets from Fox talent, as well as an array of monitors with fan tweets and photos flowing through.

Regarding the new Mass Relevance platform, which Fox Sports has helped test, Urbano says that “if someone were just to be thrown into it, it’s much more intuitive,” and “exposing the CSS styling, etc., makes it easier for me, and way easier on the engineer to dive in.”

One of the major features of the new platform is “spaces,” or modules of website (or mobile or tablet) real estate that a marketer can program with a variety of social media visualizations. Once the code is set, the visualizations can be swapped out or modified without a developer needing to intrude. “The difference is that before, we’d have to talk to a tech team to drop in a different JavaScript code for each new piece of content,” says Decker. “Now the tech team only needs to put in the code once, and the marketer or producer can do whatever they want. So spaces is a new capability that enables hotswapping and rapid content marketing.”

The platform also allows for highly customizable searches of social media data to feed a visualization, including the ability to set rules about what terms to include or exclude, what kinds of user accounts are searched (for example, excluding users with fewer than X number of followers), and more. There is a Mass Relevance library of suggested rules, but companies can create their own based on the needs of their particular campaign. The template library is large, and most templates will adapt to any screen. Marketers also have the ability to preview any visualization as it would be seen on a desktop, mobile screen, tablet, or video application.

“In the past we’ve had a whole separate team that does mobile or second screen scenarios, and now I can control this in one spot as a marketer,” says Haylie Rudy, Mass Relevance’s senior product marketing manager. “And if I wanted to take advantage of this brand new level of access that didn’t exist before, I can now go into the HTML to customize the template further. This might not be something the marketer is super excited about doing him or herself, but they can have a developer on their team completely alter the state of the template into something that didn’t exist before.”

In addition to new enterprise tools that allow team members to collaborate and communicate across projects, analysis and measurement are also built into the platform. Marketers can track metrics on a campaigns engagement and reach, but also find relevant conversations to build a campaign around with the platform’s new Discover tool, which identifies trending topics that intersect with the topics a marketer is already tracking.

“With Discover, we can take a deeper dive on that one term,” says Rudy. “I can see the top influencers, top tweets, any media associated with the term, and if it’s happening in a particular area of the country.”

This, says Decker, along with the ability to change campaigns quickly and easily, is an important evolution in his company’s role as a “purveyor of user-generated content.”

“Brands can get inspired by conversations and decide ‘I’m going to curate a wall, a poll, a Q&A,’ and then get it out to their spaces very quickly,” says Decker. “They’re reacting and adapting to conversation rather than just coming up with their own things. That’s a big tectonic shift in marketing overall.” 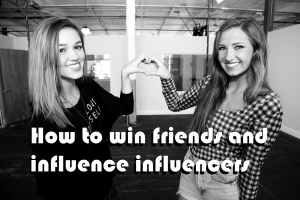 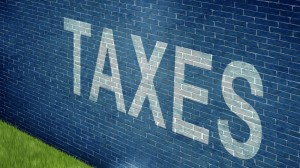 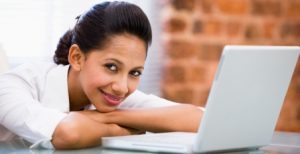 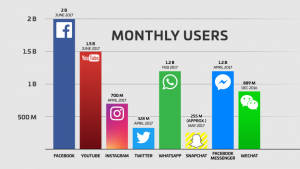