Channel groups are rules-based definitions of website’s traffic sources that let you monitor the performance of those sources.

Working with Colleen Harris, head of business intelligence and reporting strategy at Sincro, we’ve put together a guide to getting started with Google Analytics 4 (GA4). There are links to all the articles at the end of the post.

Channel groups are rule-based definitions of your website’s traffic sources that let you monitor the performance of all of the channels sending traffic to your website.

“Default channel grouping is one of those reports that everybody loves and kind of becomes that first individualized report to use.” says Harris. “Because it wouldn’t be Google without making new things available in these metrics, there are now going to be both user related reports and traffic related reports.”

This is an important distinction and one you have to keep in mind. This is really and truly about using the same type of metric throughout your entire report analysis work that you’re doing.

Before we get further into how they’re used in GA4, there is one other thing to know.

There are several new terms you should familiarize yourself with because you’re going to see them on all tables by default.

Engage session, engagement rate and engage session per user are the new metrics meant to replace Universal Analytics’ (UA) bounce rate. This is a big improvement. No more telling you how quickly people leave your site. Instead you get to find out about the ones who stuck around.

In UA, source/medium is in one screen, content group is in another and campaign in yet another. In GA4 they’ve combined them all into one screen. This turns a flat report into one where you can see interactions and activity in real time. The same thing happens with browser and technology.

“What used to live in five or six reports now can all live within the same report,” says Harris. “I think it’s very helpful and a more streamlined process.”

This is also where you’re going to be able to add in a secondary dimension as shown in this picture.

Be sure you’re using the same sources when compiling your reports, otherwise you’ll wind up comparing oranges to antelopes.

The post Channel groups: Getting started with Google Analytics 4 appeared first on MarTech. 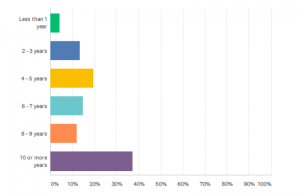 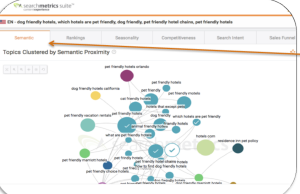