Beyond Google Rankings: How Buzzfeed, Spotify and Zynga Generate Revenue from Traffic


Let’s say you’re a small business that started out online with a simple WordPress website. Then you went on to build and establish a known brand in your niche. Now you’ve jumped a few steps ahead, monetized your site and made it fully transactional. The final piece of the puzzle is getting the right traffic to your site. What tools would you pick?

“Social media marketing,” the outgoing ones will say. The technical experts will swear by search engine optimization. Those looking for more immediate and measurable results will opt for paid advertising. While each one of these marketing channels is effective in its own unique way, they all serve very different purposes, and of course, the best results you will get by including them all. But, which path should you emphasize the most? Choosing the right marketing channels depends on that very critical aspect of your business – your individual objectives.

According to a study by BrightEdge, search engines (paid and organic) are responsible for 61% of traffic to websites across the board. Websites for service-based businesses see this number going up by a fifth to 73%.

Since organic search is the mother lode that drives the bulk of your traffic, search engine optimization or window-dressing your site and its content for search engines is usually a full-time occupation for many marketers. The logic is, the higher you rank on Google, the better your click-through rates will be, and consequently, you’ll have a stronger chance of driving traffic to your site.
However, there are also companies that prioritized marketing tactics other than SEO and are still household names. And they are not traditional, established oil or sugar-drink behemoths. These are new-age players built on the back of internet technology. In this article, we are going to take a closer look at the strategies behind their success.

Valued at a whopping $ 850 million, BuzzFeed made $ 100 million in revenue in 2014, and is already profitable. According to ComScore, over half of all American millennials read BuzzFeed every month. So how does BuzzFeed manage to tap into the most lucrative demographic in the country with such ease? Thanks to its three-pronged “Social, Mobile, Video” approach.

Social media, mobile, and videos are the secret sauce to BuzzFeed’s “buzziness,” search rankings be damned.

From listicles (articles that use lists of things as their thematic structure, and are changing the face of journalism and editing alike) to clickbait to empathetic memes, BuzzFeed set the standard for content that users were dying to share on social media.

Interestingly, with over 60% of their traffic coming from mobile devices, BuzzFeed’s content is tailored to mobile first. This ensures that their users have a smooth experience and helps in making their content more shareable.

Its native advertising gambit (as TechCrunch pointed out, Buzzfeed’s future depends on convincing us that ads aren’t ads) made such waves in the online publishing world that even stalwarts like the New York Times have jumped into the fray in an effort to keep up with the new rules of the internet. As the Wall Street Journal puts it, “A typical advertising campaign on BuzzFeed costs at least $ 100,000, which includes several custom-made listicle posts. The cost per 1,000 views, or CPM, is between $ 5 and $ 10, according to ad buyers.” That’s exponentially higher revenue than what the leading publishers make through their Plain Jane display campaigns.

Spotify needs no introduction. The legal cousin to the path-breaking Napster, Spotify combined the twin joys of music and the internet to create a legal music streaming service that is enjoyed by millions of users today.

This unicorn startup is valued at an eye-popping $ 8.3 billion, making it by some accounts more valuable than the entire U.S. music industry put together.

Like BuzzFeed, Spotify eschewed the search engine trap by taking its marketing in a completely different direction. It launched as a by-invitation-only service that made it an exciting to have forbidden fruit. The demand that this clever artificial scarcity tactic created helped propel Spotify to dizzying heights of virality. A strong product combined with extensive PR and the word of mouth buzz generated by the invitation ploy helped Spotify cement a lead over competition.
Brand partnerships was another route that worked beautifully for Spotify. It created dedicated widgets that could be embedded in partners’ websites that helped generate awareness and encouraged users to try out Spotify for the first time. These widgets allow bloggers, businesses and large brands to create their own music or playlists on Spotify. Users need to download the Spotify app to play these pieces of music, hence driving downloads. Win-win.

Social gaming super star, Zynga is another great example of fantastic revenues and valuations without any help from the Googles of the world.

Before going public, Zynga was valued at $ 10 billion purely on the strength of its massive user base that was so deeply engaged with its products.

Zynga used Facebook as its primary marketing platform. Social sharing was built into Zynga’s games from the very inception. Who can claim to never have received an invite to FarmVille, Café World, CityVille or any of the umpteen other ‘Ville’ games that Zynga and its copycats came up with?

Invitations to new users being instrumental in moving forward in their games meant that Zynga used their existing users to get them new users every single day. Laser targeted Facebook ads helped boost awareness and engagement even further.

Zynga also dreamt up alternate revenue channels to keep the wheels of the business turning. It recognized that players today are often too impatient to beat the game to move up to the next level. They’d rather pay their way up if it gets them there faster. Zynga used this need for instant gratification and monetized it into a foolproof revenue stream.

The fact that they have about 21 million users means that they can use their existing user base to promote their new launches. Zynga publishes banner ads in their popular games to create awareness and encourage downloads for their newer launches. There’s cross-promotion at zero cost for you.

To Be or Not To Be

As you see from the examples above, a business’ ranking on a search engine need not be crucial for their success. Of course, there are other ways than search marketing that might rake in the moolah for your company. Look inwards and discover what’s unique about your business idea. Then use that uniqueness as a strength to market your business in the hundreds of other ways that work together with search engine marketing.

How important are your search rankings are to you, in terms of sustained revenue? What other methods are you using to increase your organic visibility and traffic? Is your content strategy working as expected? Please share your successes and challenges in the comments. 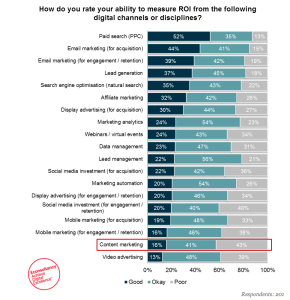 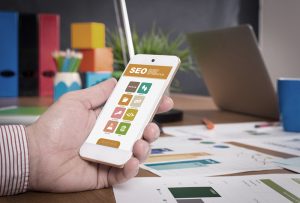 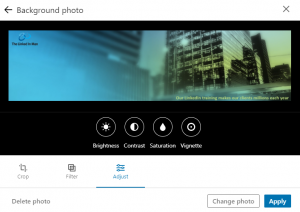 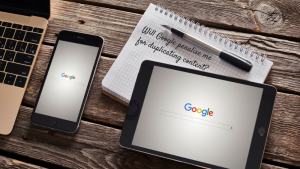 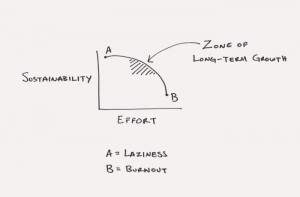