Ask any app developer about their most soul-crushing experience, and you’re likely to get a story about user reviews.

No matter how powerful or elegant you think the product is, a few minutes in the hands of real-life users are enough to turn even small flaws into major headaches. Once the bad reviews start to flow, it becomes hard to stand out in a very crowded market.

A new study on the quality of media and entertainment apps from app-testing software company Applause paints the picture pretty clearly. In many cases, Applause found that huge app publishers were outperformed by relative no-names, despite their advantages in both developer talent and marketing dollars.

“Honestly, when you’re analyzing quality, it’s fascinating to see who’s going to show up toward the top,” says Applause analyst Ben Gray, who compiled the report. “Through the eyes of users, it doesn’t make much of a difference whether you’re consuming an app from a large company versus one of the small startups …. They’re going to be incredibly vocal about their experiences.”

The study also shows that users are in many cases happier with tools that help them find information or express their creative side, rather than publishing channels that introduce their own editorial decisions or sharing constraints.

In photography, for example, users were more likely to love editing and customization apps than even relatively simple-to-use publishing and social networking apps like Instagram or Snapchat—suggesting, perhaps, that developers can make users happier by giving them tools and getting out of their way.

The popularity rankings in the Applause study were drawn from the company’s own user-reviews analytics software, which crawls millions of reviews in app stores for both iOS and Android operating systems. Only apps that met a minimum threshold for overall user reviews were ranked.

Applause’s analysis went beyond culling the “star” ratings that apps received. The company’s software also analyzes the text of individual reviews written by users, which gives a deeper picture of which features and problems people are specifically addressing when they write their reviews, and a further idea of how happy or disappointed they are.

To get more direct comparisons, Gray also sorted the apps into five subcategories: books and reference, photography, news and magazines, media and entertainment, and music and audio.

Without question, the most popular books and reference apps were dictionaries, which captured five of the top nine spots in the Applause rankings, including TheFreeDictionary.com and English Hindi Dictionary. Spiritual references were very close behind, with four of the top nine spots, the top two being Bible.is and Quran Android.

At the other end of the spectrum were e-reader apps from some of the biggest names in tech. Google Play Books had an average score of 35, Apple’s iBooks earned a 37, and Amazon’s Kindle app scored a 45. Amazon’s Audible audio-book app and Barnes & Noble’s Nook e-reader each scored 65, but they were bested by the relatively unknown Wattpad e-reader, which shows up with an average quality score of 74. 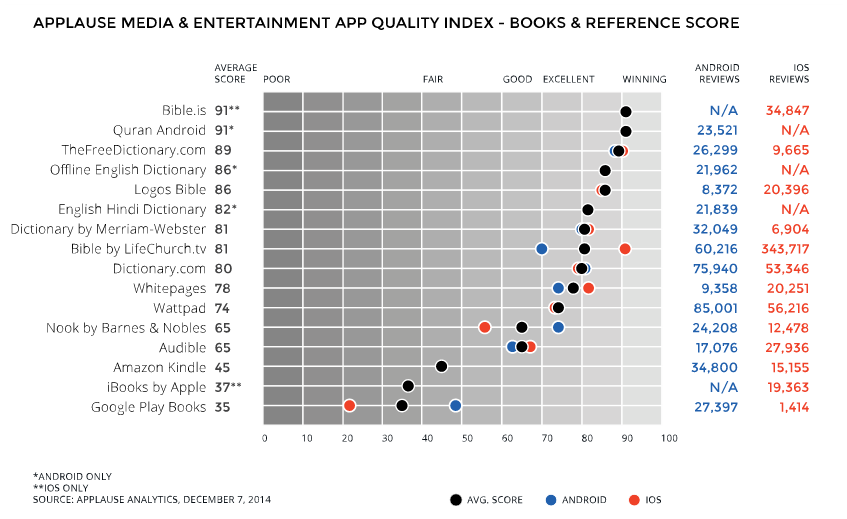 The second-most popular category, photography, showed a similar trend. The top-scoring apps in this sector—a perennial favorite target of both upstart developers and deep-pocketed tech giants—are apps like Text Camera, which lets users add written messages to their photos, or Photo Grid and Pic Collage, which let users combine several photos into one.

Near the bottom? Photo- and video-sharing channels from some of the most prominent names in tech, such as Facebook-owned Instagram, with an average score of 66; Twitter-owned Vine at 52; and Snapchat at 39. 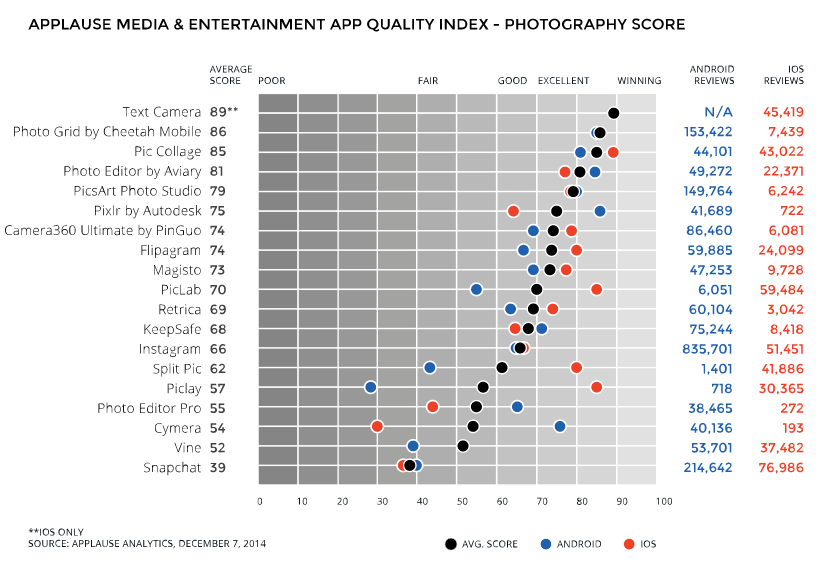 The outperformance by lesser-known app publishers isn’t a hard-and-fast rule in this study of app quality. Spotify, for example, is by far the highest-scoring music app in the Applause research.

But it’s a strong reminder that, in an app economy that promises to get more crowded, having a famous name or a huge budget isn’t a guarantee that users will love your work. In some cases, the opposite may be true. 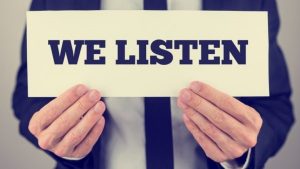 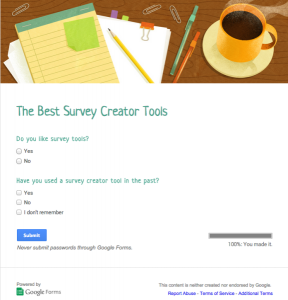 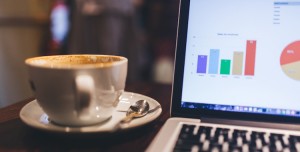 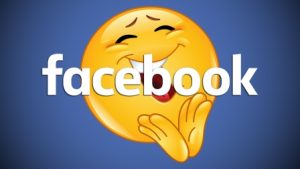