Emerging markets in countries like China, India, and Brazil can teach you a great deal about marketing and innovation.

In 2019, 64 million Americans will use mobile payments in some form, representing 29% of all smartphone owners.

The same figure in China?

The enthusiasm with which emerging markets have embraced technology is changing the playbook for marketers. Methods and mediums that might make up 1% of your marketing mix are the main course for a new generation of marketers in China and India.

This brings up two questions: a) How are emerging markets different, and b) What marketing lessons can you learn from them?

I’ll do a deep dive into these oft-overlooked emerging markets, their demographic and technological changes, and the lessons you can draw from them.

1. To be mobile is to be relevant

At the start of a new decade, if there is one thing we can say for certain, it’s this:

Smartphones are eating the world.

The numbers are striking enough – 71.4% of Americans own and use smartphones. But what’s truly astonishing is how the demographics of smartphone adoption shape up.

Only 67% of the Baby Boomer generation owns smartphones whereas for Gen-Z, this number is close to 100%. 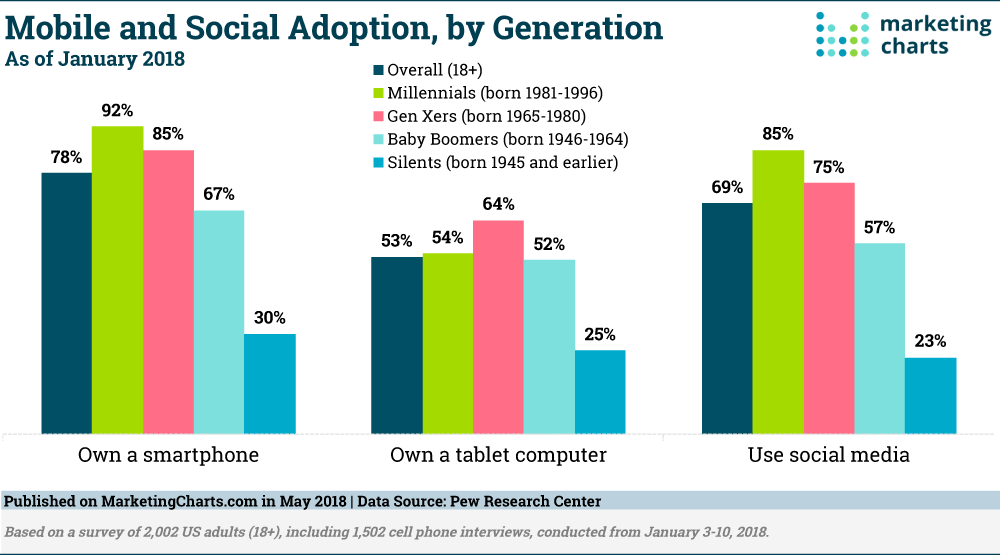 Your customers, in other words, will eventually all be digital natives, smartphone-first users.

Case in point: India. The country has 451M mobile internet users, but only 18.4M broadband subscribers. An entire generation of users learned to use the internet on smartphones first (and often, smartphones only).

Consequently, you’ll see distinctly different marketing strategies in such markets. There is no desktop-mobile divide; businesses and users are, by default, mobile-first. This has fostered an entire culture of mobile-friendly marketing experimentation that you can learn a great deal from.

I’ll cover some of these strategies in more detail below. For now, the one thing you should know is that when it comes to mobile, look East.

If you wanted to promote a liquor brand, what would your marketing mix look like?

If you had the budget, you’d probably start with a TV campaign. That would be the foundation of your campaign. Then you’d get some celebrities and influencers roped in, maybe do a small print run, and then jump on social media.

In emerging markets, the playbook is often different.

For starters, TV never truly took roots in a lot of these markets. Since users jumped straight to digital platforms, digital channels are substantially more mature.

In China, for instance, digital ad spending, at $ 83B, is expected to be more than four times TV spending.

In contrast, digital is still playing catchup with TV spending in America.

This digital-first marketing model has given way to entirely new and innovative campaigns.

When Chinese liquor brand Xi Jiu wanted to boost sales of its alcohol, it didn’t spend money on a glitzy TV campaign. Instead, it worked with Tencent News – one of the largest news platforms in the country – to create a series of cooking videos. The videos featured Xi Jiu’s alcohol prominently and were shown in-feed to the app’s users.

While the campaign’s numbers are incredible enough – 1.2M people signed-in to watch the videos each day – what sets it apart is its efficiency. The entire campaign was conceptualized, created, and promoted within five days.

This sort of rapid iteration is only possible with native content. It gives marketers more freedom to experiment and even rewards amateur production with the badge of “authenticity”. When you can create and deploy a campaign in days, not months, you can try out newer, bolder ideas faster.

Take a leaf from this book if you’re thinking of starting a campaign in the next decade.

3. Think beyond the conversion

What does a food delivery app have to do with cooking shows and celebrity chefs?

If you’re in India, plenty.

Zomato, a popular food delivery app in the country, recently launched a series of food shows. The shows can be watched only within the app and feature some of the country’s top chefs and food celebrities. 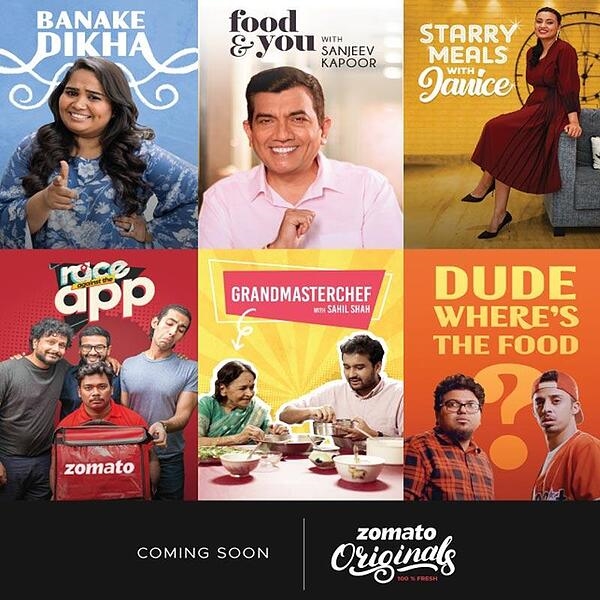 Zomato’s original shows are short, food-focused, and can only be accessed from the app

While it might not give Netflix sleepless nights, it marks a shift from “conversion” to “engagement” among marketers. As Zomato’s CEO said, “We are constantly looking for new ways to engage our users around food… this presents us with another opportunity”.

This sort of engagement-oriented marketing can be a tough pill to swallow for digital marketers in the west. You are used to delivering the conversion and leaning on the branding to retain customers. The approach works well enough, especially when the cost to switch to a new product is too high.

But when competitors are just an app away – as is the case of mobile-first businesses – you have to prioritize engagement. In hyper-competitive emerging markets, this has led to the kind of engagement-focused marketing you see today.

While conversion should still be a top priority, it’s time to start asking: What happens after the conversion? What can you do to make sure that customers don’t just buy once, but stick around and keep returning?

Your customers find your products on Google, shop on Amazon, get delivery through FedEx, and leave reviews through Yelp.

Throughout this purchase cycle, the customer data is completely fragmented. None of the main discovery channels – social media/search – and shopping channels (Amazon, eBay, Shopify, etc.) talk to each other. You have to resort to ad hoc fixes and incomplete data to make decisions.

The situation isn’t quite the same in a market like China. 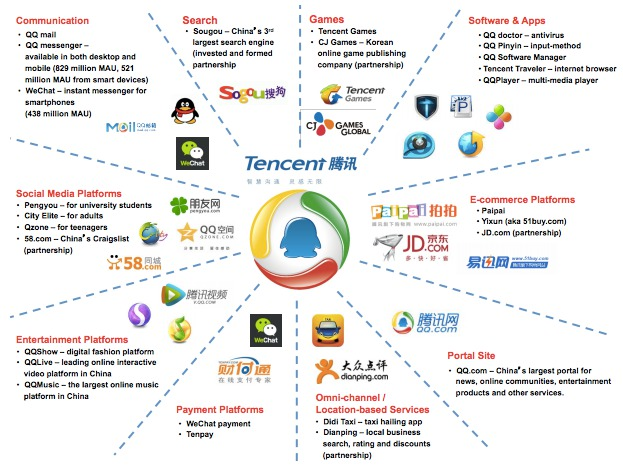 This integrated presence within the Chinese market means that marketers get access to much better data. It’s possible to track the customer’s journey from a native ad on WeChat to a product purchase on JD.com to a payment on WeBank. There is no “fog of war” that’s so common to western marketers.

Of course, asking for more integrated data is still wishful thinking. But it pays to start thinking of the ways you can improve integration across all your marketing channels.

Is there a tool that can give you better data referrer data from Google? Could you switch to an email marketing tool that plays better with your e-commerce platform? Is there a missing integration that can tie the entire marketing chain together?

Marketers in countries like China have come to expect integrated data as the norm. You might not have the same access, but you can at least try plugging in the gaps.

What causes a brand to be successful – or not?

While multiple PhDs can and have been written on this topic, some of the research from emerging markets has been particularly illuminating.

A lot of these markets witnessed the influx of new brands – foreign and homegrown – across product categories in the last three decades. This has given us a wealth of data on what makes a brand tick, especially to audiences who might be unfamiliar with the brand, product, or even category.

McKinsey’s research on consumer durables in India, for instance, shows that for new brands, initial impressions have a massive impact on future success, especially in the digital age.

Further, not all consumers view new brands in the same way. While traditional buyers might go off word of mouth and TV ads, most digital-age consumers rely on multiple sources of information to make decisions. 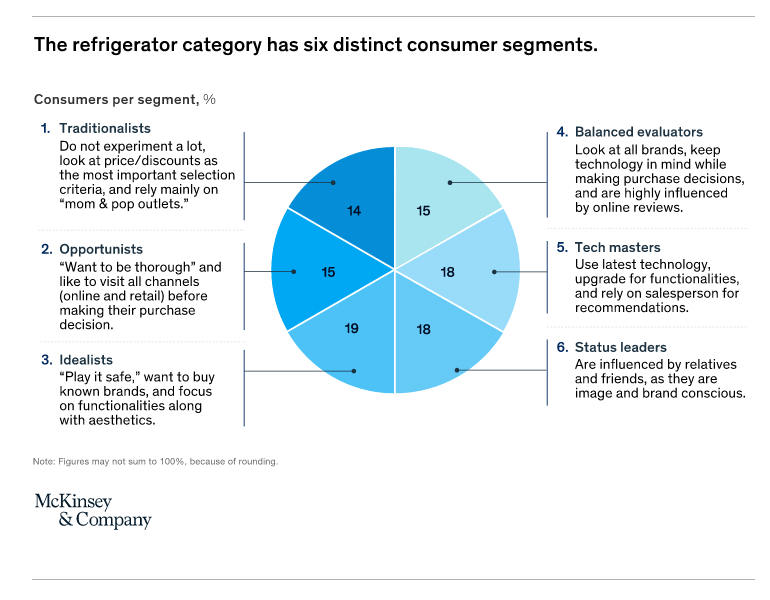 The six types of consumer segments in the consumer durables category, according to McKinsey

They might, for instance, evaluate a brand’s status based on its TV ads and celebrity appeal. But before buying, they would still consult friends, social media, and the web for reviews and ratings.

In other words, launching a new brand or product requires a comprehensive “signaling” strategy. You have to show that your brand/product is worth buying not just on one medium (say, print or TV), but on every possible customer touchpoint.

Try and adopt this in your marketing strategy. Instead of a single campaign, think in terms of “signals”. Do you have a positive presence everywhere where a customer might find you? Are you leveraging technology effectively? Is your brand message consistent across platforms?

Marketers in the west are almost always astonished when they land in Shanghai and see how virtually every experience is mediated by technology. From booking cabs to paying for a bao from a street hawker, an app is the common layer across most transactions.

This tech-friendly approach has permeated across marketing departments as well. New technologies such as AR/VR are still languishing in pitching decks on Madison Avenue. But in China, they’re creating entirely new experiences.

Here’s one example: to mark the full moon during the Mid-Autumn festival in 2019, Tencent created a mixed-reality experience called “Moonments”.

The experience used location tracking, AR, and camera filters to let users follow the full moon, take its pictures, and share them with friends. 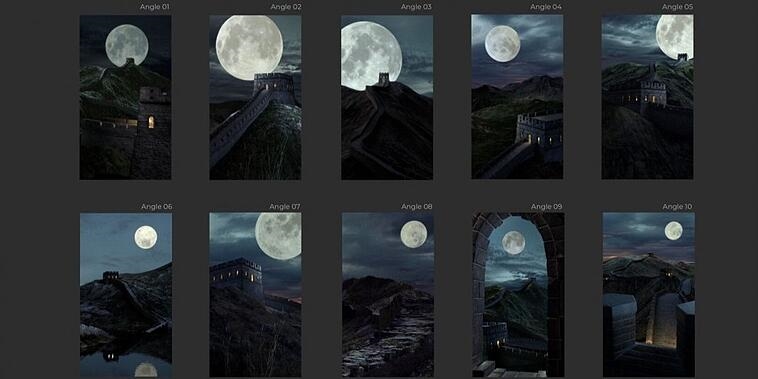 Coca-Cola China created a similar AR experience that took users through a tour of 23 Chinese cities.

Such experiences have been helped by the widespread adoption of VR/AR tech in China – the country leads the world in AR/VR headset sales. But it also underscores how marketers in emerging markets, without the traditional playbook to rely on, are far more willing to embrace technology.

In contrast, marketing in developed markets can often err on the side of safety than risk. It’s easy to throw a few million at established channels – TV, display, PPC – than adopt an entirely new medium.

But while this old playbook is reliable, it isn’t future-proof. The “measure twice, cut once” approach might have sufficed in the pre-smartphone world, but it won’t pass muster in 2030 and beyond.

As a new generation of smartphone-obsessed digital natives enters the market, you have to ask: are you going to use the same established channels to target them?

Or will you embrace the technologies they already understand? 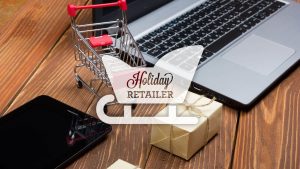 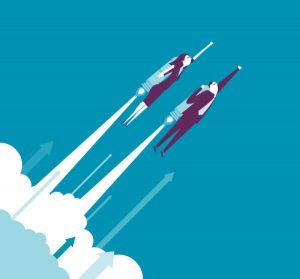 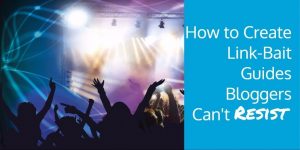 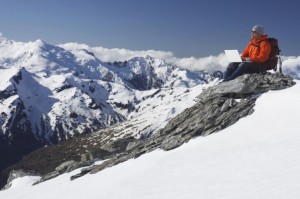 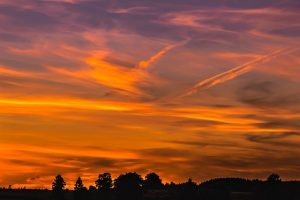 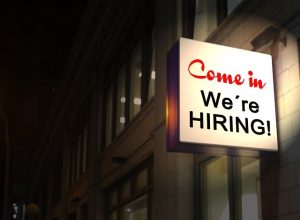