It’s a question that plagues every content marketer: How do you increase engagement on Facebook? Contributor Sweta Patel shares tips to help you boost your content performance on the platform. 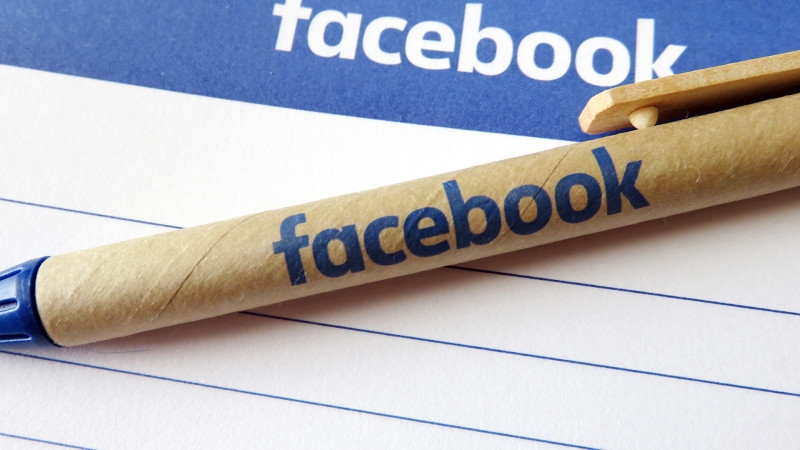 Do you feel like Facebook has become an ever-changing circus show and you’re bending over backward trying to learn new content tricks — like being seen on the platform means mustering up some sort of outrageously tricky skill, slipping on some spandex and running around flamboyantly in front of a crowd? And you’re just not that dedicated, nor that nimble, nor that… weird?

Not long ago, my organic Facebook posts were receiving massive organic engagement. Today, the same content will receive only a few “likes” and a thumbs-ups here and there. During my work with many Silicon Valley startups, I’ve experienced how building a social presence is getting harder and harder. Why?

The Facebook algorithm has a lot to do with how your content gets marketed. Facebook has built a “pay to play” platform where companies are forced to promote their posts or pay for ads to get any value out of their efforts.

In other words, the problem may not be that your content is somehow lacking on the Facebook acrobatics scale, and you may not have to be trained in circus skills to get seen. You do, however, have to pull out your wallet. Luckily, Facebook can be well-utilized, even with a small budget.

Companies that want to receive engagement with their content should read on to learn how it can be possible. I had the opportunity to interview Facebook strategist Logan Young, VP of operations at BlitzMetrics, to understand how the Facebook algorithm is working today and what that means for your content marketing game.

If you want to know which signals you should be looking at to measure ad performance, the number one thing you want to review is positive engagement and sentiment, Young said. How many people from your target audience are “liking,” “sharing” or “commenting” on the post? Keep in mind that these are weighted differently. For example, think of a like as worth one point, comments are worth six points, and shares 13 points. Every point counts.

Since the point system weights engagement differently, you’ll want to focus on shares and comments over likes. Keep in mind that your Facebook page reach is about 2 percent to 3 percent of your average fan base. This means that if I have a page that has 100,000 fans, only 2,000 fans will see my post. The smaller your fan base is, the higher your organic reach will be for your content.

The other signal you may want to look at is how many clicks your post is receiving. If you post content organically, you’ll want to measure clicks to your website. If it’s a video, then you’ll want to focus on the average watch time. Is your audience watching the video for at least 15 seconds? 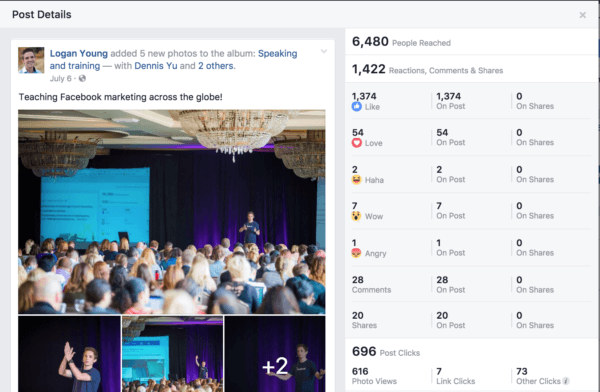 2. Watch out for negative signals

As you start building engagement, you want to ensure that it’s positive. If you receive any negative feedback, it will reduce the chances of your post being seen by your target audience. Negative feedback includes hiding of posts, hiding all posts, marking posts as spam and unfollowing.

You’ll need 100 likes or so per post to counteract each post with negative feedback, according to Young. However, an angry or a sad emoji isn’t considered negative feedback. If you feel as though your posts aren’t receiving enough reach, then take a look at your negative feedback and see what you can do to resolve the issue.

The rank consists of two factors: the bid and relevancy score. Keep in mind that the relevancy score is rolled up from engagement and your positive and negative feedback. The score is based on a scale of 1 to 10. The focus isn’t just on the ad level per post, but takes your whole account and factors it into the algorithm. 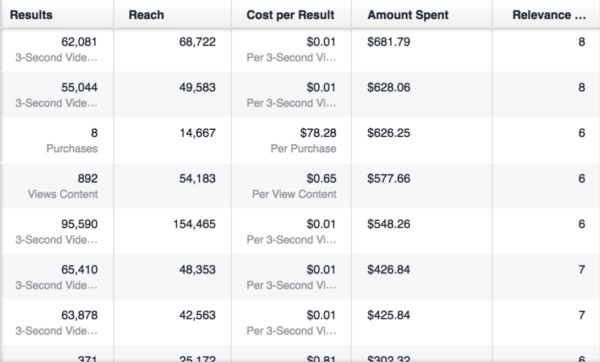 Want to know how Facebook determines who sees your organic content? The content is usually spotted by your friends or people who are following your page. The amount that you interact with another person will determine if they’re likely to see your post or not.

For example, if you’re looking at content from someone often and vice versa, most likely they will see something you post before your other audience does because you’ve built up engagement with that other person.

Other factors include lengthier posts and the amount of time someone spends consuming your content. You’ll want to focus on building content that fuels your ranking. Longer posts tend to take a longer time to read, resulting in a higher ranking over other posts.

Per Logan, the main three factors that will affect your reach include your following, engagement and time decay.

The maximum you can reach with a post is limited to your following. If you don’t have a high enough following, then the post won’t reach many people from your target audience. It’s paramount to focus on building a legitimate following first, and then focus on engagement.

The best way to build a following is via organic methods versus paid. You’ll receive a higher engaged reach over the broad population of “likers.”

The second factor is the engagement on the post. How is the post performing? Is there a lot of negative or positive feedback on it? What is the relevancy score? Keep an eye on all these components that impact engagement on your content. You can always experiment and try new ways to receive higher engagement.

The third factor you’ll want to look at is the time decay. This means you’ll want to see how long your content is showing up in the News Feed. A post will be seen for a day, and then it will lose its interest from there. Logan said that BlitzMetrics has found that 90 percent of the reach for a post typically comes in the first 24 hours. 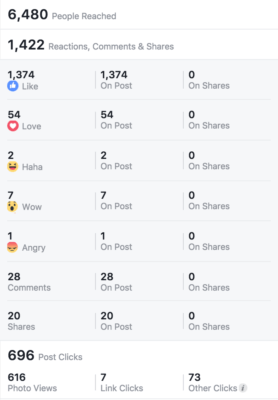 While Facebook has made a huge move toward paid reach and has subsequently stepped away from organic, there are some benefits. It’s still an incredibly powerful platform, and using its business tools can allow you to market directly to a very targeted market.

By getting to know the metrics above and practicing their implementation, you can build an effective marketing strategy and get back to seeing a real ROI from Facebook. No flips necessary. 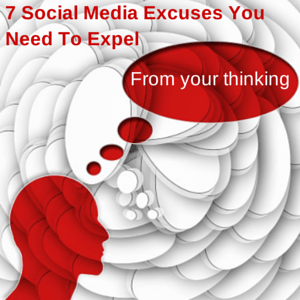 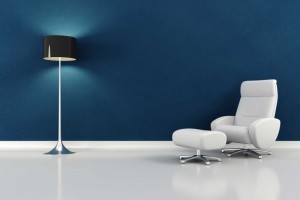 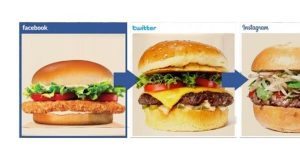 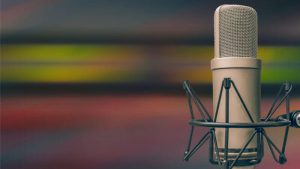