It’s the most wonderful time of the year! Let’s wrap up 2022—and depending on how you feel about it, either put it in the bin or in a keepsake box—with the heroic effort of whittling down all the advertising that came out in the last 12 months (a lot) down to five great ads. There must have been more than five standout pieces of work, but everyone loves a Top 5 list, right? Those are the rules. I just work here.

Before we drop in, a few caveats: I didn’t survey anyone. There was no panel of judges. This is completely subjective. Obviously. But you’re not here for partiality! You’re here for hot takes! Spiciness aside, the goal here is to showcase a mix of advertising approaches that not only celebrate the best of the past year, but also shine some light on where things may be headed.

Well, except for one, that is. The Worst Ad of 2022. Sure, it’d be easy to pick, say, FTX. (Anyone?) Or Balenciaga. (Um, no thanks.) Did I think about the advertising repellant that is the musky Twitter? I did. But instead, I’ve gone from zero to 60 in less than two seconds right to . . . Lamborghini!

To mark the launch of the luxury car brand’s new, all-terrain Super Sports Car in November, we got “Beyond The Concrete.”

First, we have a narrator doing his best Honest Trailers voice, reading a script that aims for profound but lands on absurd. What in the name of sweet Ferruccio is a “Concrete Yearner?” “It’s no filth/This is design . . . . Dust is gold/Dirt is for the bold!”

It’s as if they got one of those generative AI models drunk and then asked it to make a Mentos-level ad for a $300,000 car. What is happening?

It’s not just that we learn next to nothing about the new car. Relying only on vibes can be a refreshing advertising approach. Last month’s Belvedere Vodka spot featuring a dancing Daniel Craig, directed by Taika Waititi, is a perfect example. Instead, Lambo inexplicably went for turbo-charged, all-terrain word salad.

5. Supercell “Clash From The Past”

This 20-minute branded documentary was made to celebrate the 10th anniversary of mobile gaming juggernaut Clash of Clans. It tells the fascinating story of the game’s—completely fake!—40-year history, charting a dramatic rise, crushing fall, and subsequent rebirth. All of which never happened.

Created with ad agency Wieden+Kennedy, the doc imagines a world where Clash came of age in the time of Pac-Man and Mario, tracing the game’s (again, fictional!) origin from three teens in a Finnish basement into cultural blockbuster.

Supercell also made a series of mini-games that recreate some of the fake past celebrated in the film. In these, Clash of Clans is reimagined as an arcade game, a ’90s console racer, and an early 2000s open-world game. Each were era-specific and “remastered” for mobile so they could be played in the Clash of Clans app.

It’s a fun and elaborate gag that manages to reflect how gaming pop culture has evolved over the past few decades, while also remaining completely true to the brand personality and tone of Clash marketing in its actual 10-year lifespan. Looking ahead, this work reflects the need to go deep on fandom. To know your audience, how they interact and engage with your brand, and then finding a creative idea that will best serve them, no matter the format. It could be an event, or yes, a 20-minute fictional documentary.

This is where the Upside Down appeared as a stories-high projection on the Empire State Building, using the iconic NYC landmark to hype the premiere of Stranger Things‘ fourth season in May.

Thousands of New Yorkers gathered in Flatiron Plaza to witness the spectacle of a mysterious rift slowly cracking open on the building’s façade—created with 46 projectors—giving us a gigantic a peek into the Upside Down. This was the first time the skyscraper allowed for lights, sound, and projection to be combined into a fully immersive show. It also spurred 14 other reality-bending activations in cities around the world, including Mumbai’s Gateway of India, Duomo Plaza in Milan, Kuala Lumpur’s KL Tower, and Bondi Beach in Australia.

This is outdoor advertising on steroids, that not only gathers a crowd in-person, but is purpose-built to reach tens of millions more across social media. What takes it to that next level, though, is how the brand scaled this ambitious idea far beyond a one-off in New York, in order to make a bigger impact on the global audiences it so covets, instead of forcing them only to experience it on their screens.

Fun and ambitious experiential advertising at its best.

The Unilever-owned brand released new research in April from its ongoing Self-Esteem Project, which found that two out of three American girls are spending more than an hour each day on social media, and 50% of them say that idealized beauty content there causes them to have low self-esteem. To illustrate that point, the brand brought together mothers and their teen daughters to talk about their social media habits. They they showed each pair a video where each mom was deep-faked giving terrible health and beauty advice.

The result eerily taps into some of the most serious concerns that parents have about the negative effects of social media on their kids. The spot is also part of a broader campaign called #DetoxYourFeed, which includes educational videos and a “Confidence Kit” with a workbook for parents, caregivers, and mentors on how to talk with young people about these issues.

All together, it’s a compelling piece of work that effectively builds on Dove’s identity in a way that’s both helpful and relevant. There’s an advertising mantra that says work must either be entertaining or useful, but here Dove shows the growing importance of work that succeeds at both.

Okay, okay, this one is a bit of a trojan taco, in that yes, the fast-food chain’s Super Bowl ad was great, but what puts it in my Top 3 is the broader relationship it represents between the brand and chart-topping artist Doja Cat over this past year. The ad is merely one jewel in a new crown of celebrity brand dynamics.

Part of the Doja Cat-as-Taco Bell-spokesperson charm has been her complete lack of any traditional commercial formality. The brand leaned into this by scripting her to “leak” its Super Bowl spot early, and in March, she was openly complaining about having to write a “contractual” Taco Bell jingle. Meanwhile, the brand just happily rolled with it.

As the pop-culture cycle continues to churn at a breakneck pace, it’s an approach that more brands will have to take to gain the kind of attention and coverage Taco Bell that has captured with Doja Cat. Simply relying on the traditional endorsement playbook is no longer enough to make a real impact. If brands are going to tap celebrity, they need to see it as a collaboration rather than a transaction, and allowing the star(s) to bring their own creativity. That requires a strong brand voice, and the confidence and consistency to be comfortable with the discomfort of ceding control to an unpredictable force, whether it’s the Super Bowl or “some f**king jingle.”

There are plenty of great ads from the past year that you could argue have the potential to land here, but my pick for the number one ad of this year is the one celebrating Serena Williams’ legacy and career before she took the court for her last U.S. Open.

Narrated by Beyoncé and created with agency TBWA\Chiat\Day LA, it’s part career retrospective, part pep talk. It shows us how her work and success—and how she’s navigated fame from such an early age—has inspired so many.  An ad fit for a legend.

This is classic, capital-A advertising. Major brand, sports legend, tied to a signature event. It doesn’t get more broadly commercial than this. Within those confines, this was an emotional grand slam that volleyed around pop culture as soon as it dropped.

In terms of how this points towards the future, the fact that it oozes classic sports ad flavor may initially feel counterintuitive. However, it’s also an example of the continued, and growing, importance of knowing when and how to meet a particularly powerful moment with the right piece of work. 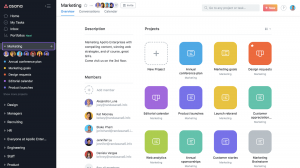 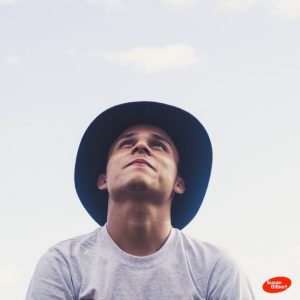 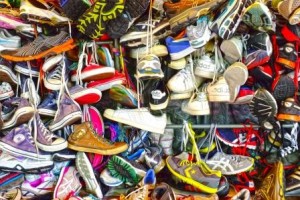 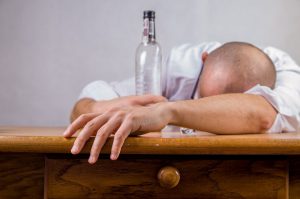 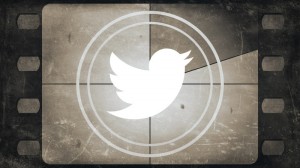 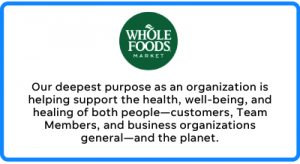 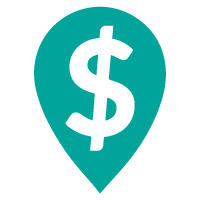