Tear down the illusory predictability and control of traditional marketing spend analytics. Replace them with perception and reaction.

This is the second part of a two-part article. The first part, “Return on investment is missing in action,” can be found here.

Life would be a lot simpler if marketing were a machine. Your marketing budget would produce an expected return on investment, given a fixed input. In real life, calculating ROI on your marketing spend is impossible. Markets are non-linear in nature.

“Markets are subject to the butterfly effect.” wrote Kathleen Schaub, marketing strategist, in her paper “Marketing Is Not a Vending Machine.”

“[The] non-linearity… of complex systems means continual surprises. Small changes, especially early, can have profound effects later. For example, a single tweet in 2021 could initiate a huge deal that closes in 2023. Alternatively, large actions may have little or no effect, as when sales decrease despite a large ad buy. Markets are semi-predictable and therefore can be modeled, but only within the bounds of probability and time.” she wrote.

Schaub, along with Mark Stouse, chairman of Proof Analytics, have been busy tearing down the assumptions surrounding the marketing spend, and rebuilding an alternative method of perceiving its value. Predictability and control are out. Perception and reaction are in.

“This is a huge cultural shift for marketers,” Stouse said. “We’re talking about a profession that has prized orchestration very, very highly. Orchestration is just another word for control. What we are talking about here is learning, being able to see variations over time in the marketplace and shift accordingly.”

You are not the mission control of all that goes on in your marketing, Schaub added, executives have trouble grasping this. “Marketing can influence, nudge and intervene, but cannot control this. And neither does sales.”

These individual accounts are not additive, like machine parts. “They each have their own, weird journey, some of which follow the trend line perfectly, but many go coloring way outside the lines.” Schaub said.

Connecting the Edge and the Core

There has to be some connection between the people “at the front” (the “Edge”), who have direct, immediate experience with the current market, and the executives higher up (the “Core”) who have the analytics to give them the broad view, but have no clue as to what is happening at the ground level.

General Stanley McCrystal, in his book “Team of Teams”, outlined a similar problem in Iraq, where he had to oversee a joint Special Forces/Intelligence effort to track down al-Qaida terrorists in 2004. Hierarchy, bureaucracy, and information siloes hobbled the effort at first. The solution was to network all information and decentralize decision making, thus turning a large, cumbersome organization into a nimble giant that could act quickly.

The business equivalent of this would be a multi-disciplinary team, consisting of marketing, (event expertise, campaign expertise, content, analytics) and sales. They would work collaboratively, using first-hand information, then tapping a transparent pipeline of data coming from the analytics side, Schaub explained. “The Edge and the Core are having a dialogue as close to real time as they can.”

The Edge has to confirm with ground truth the analytics it is receiving from the Core, Stouse pointed out. In a way, this is risk mitigation. Analytics will look at the market with a “projection point of view”, but there will be a time lag. The Edge may have to make a detour around circumstances, thus altering the arrival at the stated goal.

Beating or missing “the number” is not the right question here, Schaub said. “The annual plans for marketing are out of date the minute they are delivered.” Planning is useful for setting goals, but making marketing adhere to a plan made months ago “probably does not make sense,” she said. “Marketing plans never survive the first contact with the customer.”

You can’t ever think about ROI the same way again

So what can marketers do? Changing how you analyze and apply data requires a change of thinking. This is not as crazy as reinventing the wheel as it spins, but it is challenging.

It comes down to “asking the right question, voicing your hypothesis, that creates the model. It also dictates a punch list of the data sets that are required to arm that model, roughly two-thirds of which will be external factors that you don’t control, one-third of which is what you are currently doing,” Stouse said.

As the marketer goes down this path, they will learn the “things I don’t know I don’t know”, Stouse continued. “More things will become visible to you as you process these analytics and you will add new factors into the model going forward.” The old and revised models can be run concurrently to understand the variances. You will need at least one data analyst to operate this, Stouse added.

“The analytics will inform you about which things you should really pay attention to, and which things have less value.” Schaub said. “You will know where the big waves are.” An empowered, but accountable, agile team at the Edge will be able to make adjustments on the fly as it reacts to changes in the market. The goal is to spend marketing dollars wisely, not to meet some random plan you set up a year ago, Schaub said. The team is empowered on how and when to make their numbers.

The agile team does not have to start as a large project. “[S]tart small and complete.” Schub said. The agile team, or “customer value squad”, can sit at the Edge where they are “touching the customer”, coordinating the skills of sales, marketing and product, Schaub said. It may take months, maybe even a year, to get that team to work right. Short-term desire for quarterly results will not work here, but may have to run concurrently while the agile team is being established, free from that metric.

You will also have to create a network for the agile team to tap. “Start opening up channels between groups,” Schaub said. Put in Slack, so people could inform each other. Change here will not be linear. “It will go slow, slow, slow, slow, and then it will take off.” She explained. “Not because of what you are doing, but because what the groups is doing. The group makes that emerge.”

“Start at these small scales. Let it become successful. Build the connections. And it will expand.” Schaub said.

In the end, the mission to change the way people think about marketing requires some illumination to see new concepts clearly. “Once the lights go on, you can’t ever think in the old way again,” Schaub said. “It’s my mission to turn the lights on for people.” 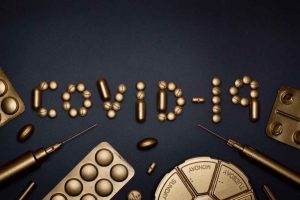 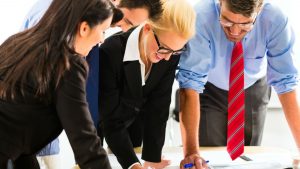 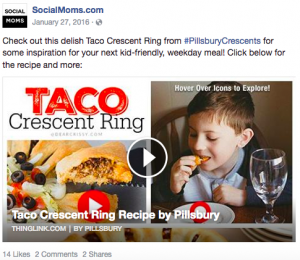 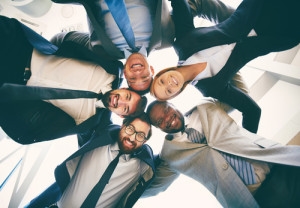