Social Media Is About Taking Chances 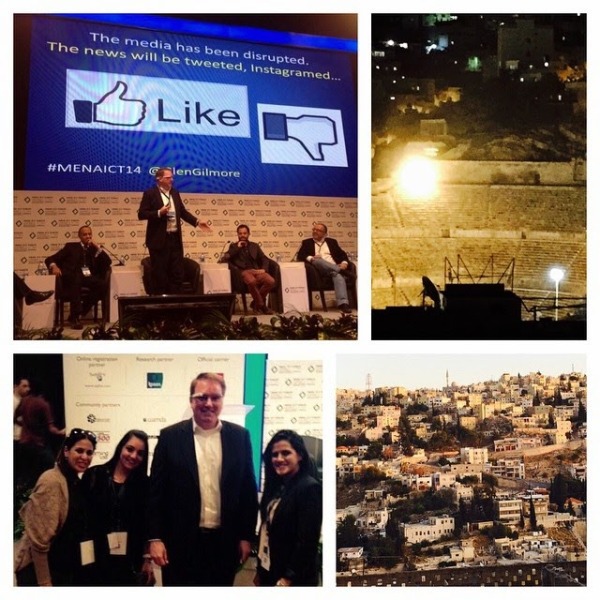 Taking the stage at MENA-ICT and touring Amman. Whenever you share a thought, you are taking a chance it’ll be rejected or ridiculed.  Whenever you reach out to another person, you are taking chance that they may not wish to connect with you.  So,social media is all about taking chances, because it is about sharing ideas and making new connections.

An Invitation to Speak in Jordan, Home of the Magical City of Petra – and a Startup Hub?

A few months ago, I received an invitation to speak at a technology and digital media conference for the Middle East and North Africa, MENA-ICT.  The invitation included travel and accommodations.  The conference was being hosted “under the patronage” of His Majesty King Abdullah II of Jordan, in Amman.

Not being familiar with the conference, I reached out to a friend in Dubai, who I only knew from Twitter, to ask if she knew anything about the conference.  She assured me MENA-ICT is one of the biggest and best tech conferences in the Middle East and that Amman is considered the “Silicon Valley” of the Middle East. 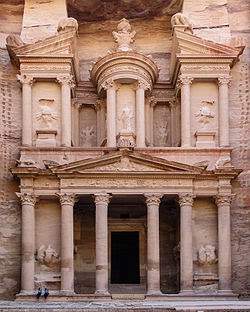 Like most, I knew of Jordan for the magical, “forgotten city” of Petra, a city carved in stone made famous by the Indiana Jones movie, “Raiders of the Lost Arc.”  I also knew Jordan to be a strong ally of the U.S., a rare example of stability in the Middle East, and a Kingdom with a particularly stunning Queen.  I didn’t know much else about Jordan.  I certainly hadn’t thought of it as a startup incubator before, though that understanding has changed.

We Trust People in our Social Media Networks

Consider for a moment the fact that when it came to assessing the decision to participate in a conference across the globe, it wasn’t Google I turned to.  Instead, it was a friend from Twitter, a friend from Dubai, whom I had never met “in real life.”  Still, from our exchanges on Twitter over the course of about three years, I knew her well enough to trust her.   We trust our social networks, not the platforms, but the communities populated by people we come to know over time.

An American in the Middle East

“Are you sure this is the right time to be going to the Middle East,” many asked when they learned of my decision to speak in Jordan.  “Yes,” I would answer, usually adding a remark that if I stayed home I might be likely to break my neck slipping in my shower.

Sadly, at the moment, frightening headlines from the region dominate the news and are not nuanced.  It is “the Middle East” and it is real reason for pause, at least to Americans.

Why Go to the Middle East When It Is Haunted by so Much Violence?

Here’s what I thought.  I am educator, an instructor of Digital and Social Media Marketing at Rutgers University, in New Jersey.  Rather than ask how could I go, I asked, how could I not?  How could I possibly turn down an opportunity to learn first hand about my field of instruction from thought leaders in digital and technology in an emerging part of the world that is so important to the future of the entire world?

I get a lot of invitations to speak at conferences; yet, this was my first to speak in the Middle East.  If anything, for me, world events made it more compelling that I go.  Shouldn’t we strive harder to learn from our friends and share what we can at moments when others might not be so willing to do so?

I do take my role as an educator seriously.  Although it is a “part-time” role, it is a full-time profession.  With the privilege of teaching comes the responsibility of learning.  I would go.  It was never really much of a question.  And, my supportive and always-concerned wife would simply take a deep breadth and tell me once again to do whatever I thought I should do (yes, I am a lucky man!).

In advance of my trip to Jordan, I started listening carefully to the conversation on Twitter about Jordan.  I discovered a vibrant, friendly stream.  A few tweets about my plans to speak at MENA-ICT, in Jordan, quickly connected me with a number of very friendly people from Jordan.  I hadn’t known anyone living in Jordan before this trip.  I would meet many new friends in Amman. 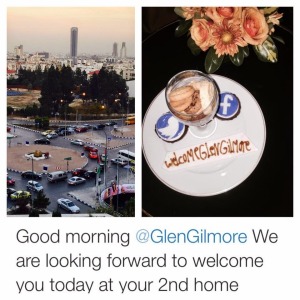 In Social, Jordanian Hospitality Takes the Cake – Or, More Precisely, the Cupcak

I’ll provide more detail about this in a later post.  Suffice it to say, I wanted to test @SheratonAmman, the hotel where I would be staying, on their social media savvy.  They have a Twitter account.  I tweeted them.  They take the (cup)cake for social media hospitality!  Post to follow!

Wherever you go in the world, getting into a taxi is one of the quickest ways to learn about an area.  Needing a ride back to my hotel from the conference, I asked a couple people if they knew where the official shuttle was.  No one did, but then one person said that I could always flag a cab on the street outside the gate of the campus.  It is a busy street.  A smiled a little faintly, not sure how smart it would be for me, a hard-to-hide American, to flag down and jump into a random cab by myself on a busy street in Amman.  I did.

“Where you from,” my driver asked, after we had exchanged our hello’s and I had given my destination.  “America,” I answered.  “’Google Glass,’ how much you pay for this,” he asked in English that was light years ahead of the one or two words I spoke in Arabic.  I had forgotten I was still wearing my Google Glass, an appropriate wear for a tech conference, but, not so much anywhere else.   I told him.

So, within the course of moments, we had established that I was an American and wearing a $ 1,500 tech device.  So what happened next?  The start of a nice conversation with my thirty-something driver about technology and jobs and an assurance from him that, “You are very welcome in my country,” with a warmth that could be felt.  He smiled as I let him try on the Google Glass at a red light.

Beyond the friendliness of the taxi driver, how did Amman fare on the “taxi test”?  I noted that my driver actually turned on his meter the moment I had gotten into his cab, an act of integrity that often escapes cabbies detecting a stranger in their cab. I also got to my destination quickly, without hitting any “unexpected” traffic or taking any extended routes.  Jordan aced the taxi test!

The MENA-ICT:  A High-Speed Tech Conference in a Start-Up Incubator Campus that was Once A Military Base

MENA-ICT covered, with a broad spectrum of participants, topics ranging from “disruptive innovation,” the Internet of Things, cloud computing, mobile payments, entrepreneurship, ecommerce, ethics in social media marketing, and much more!  Speakers, in addition to yours truly, included the likes of Habib Haddad, the CEO of Wamda, an organization supporting the entrepreneurship ecosystem in the MENA region, to Allen Blue, LinkedIn co-founder of LinkedIn.

The venue of the event is noteworthy.  It was previously a military base.  It is now an incubator for sixty startups, where entrepreneurs are provided with space that has free wireless, Internet service, and access to funding, expertise and mentors.

Nothing says more about the priorities and promise of Jordan than this.  How much better would it be for us all if it could become a trend for the future!

A Visit to the Conference by His Majesty and the Queen

In a powerful gesture of personal commitment to the purpose of fostering technological education and investment in Jordan and MENA, the King and Queen of Jordan both graced the conference with their presence.  There was no perfunctory speech as you might expect.  Instead, the King and Queen graciously took a seat to listen in on one of the presentations.  Throughout the conference, many high-ranking Jordanian officials sat in the audience, listening to a wide range of speakers whose only charge was share some insights.

If You’re Going Out to Eat In a New Place, Best to Go with a Food Blogger!

Jordan is also a food capital!

Now, though I didn’t get to personally meet Jordan’s King and Queen, I did get to meet one of Jordan’s top food bloggers, Lama Haddadin, better known to some from her blog, “Caramelized Thoughts.”  She had seen my tweets about Jordan, welcomed me and offered her assistance during my stay.  Seeing that she was a food blogger, I insisted that she join me for an authentic Jordanian meal – at an establishment of her choosing!  She was kind enough to accept my invitation and we had a feast that can only be called one of the finest meals I have ever had!

You will see some signs of security in Jordan that are heavier than you may be accustomed to, such as security that has drivers open the trunk of their car before pulling up to a hotel, or a machine gun post as you approach the airport.  Still, these are not so surprising when compared to the rigors of TSA and M16-carrying soldiers at U.S. airports and train stations.  And, there never seemed to be heavy-handedness in any of the presence.  It was more reassuring than unnerving.

Some Things I Learned During My Visit to Jordan 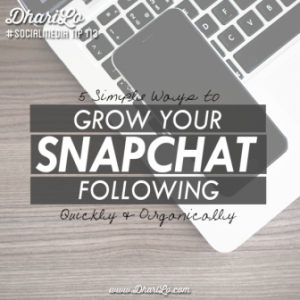 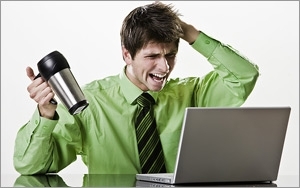 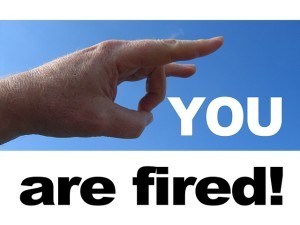 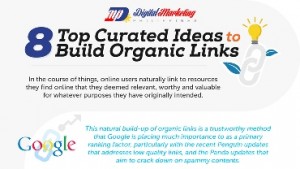