Slow Website? Here’s Why It’s Damaging Your Business (And How To Fix It)


Let’s admit, we’ve all done it. Hit the back button when a website doesn’t load.

It’s really frustrating isn’t? There’s something you want to check out and then you’re waiting for ages whilst the page slowly loads.

There could be a number of reasons behind this, but if it occurs on a consistent basis then slowly but surely that slow website is going to be damaging your business bit by bit, day by day.

But why is that? Can a slow website really have a negative impact on your business? Today I’m going to explain exactly why that is and offer a fast and reliable solution to this problem.

We’re passed the mobile tipping point where more people are accessing the internet via mobile devices like phones and tablets than they are via desktops and laptops.

This trend is only going to increase.

Sure, you’ve maybe got a mobile friendly website built using Responsive Web Design, but that’s no use if it’s going to take ages to load on a mobile screen.

Mobile users are impatient and they expect sites to load fast. If they don’t they’re not going to hang around waiting for you.

Google are obsessed with speed. They want to offer people using their search services the best possible experience.

That’s not just hearsay. They stated as long ago as 2010 that speed is one the ranking factors in their search algorithms.

Basically they take hundreds of factors into account when ranking websites. Things like the on page optimization, number of backlinks pointing to the site, trust factors like reviews, and a whole range of other factors.

And one of those factors is speed. Let’s consider how it can happen. Let’s say that people are clicking on your website in Google’s search results. If they are then kept waiting for ages then they are probably going to hit the back button and leave very quickly.

This is called a Bounce and it just means they have come to your site and left without staying on your site to read any more content. This is then logged by Google as your website’s ‘Bounce Rate’.

If you have a high Bounce Rate then Google will conclude that your site does not offer the viewer the results they are after and will drop your site down the rankings.

If you haven’t got a massive website then the chances are that one of the main reasons that your site is slow is your web hosting.

Web hosting is where the rubber hits the road. If you’re hosting is slow then the chances are that you’re on a server that isn’t in the best of health.

That could be for any number of reasons, but if speed is an issue then you can be sure that there are other gremlins lurking around somewhere.

The thing is that hacking is an unfortunate part of life these days. Once they’ve exploited an account they’ll use it for any number of nasty things like sending out spam or phishing emails.

The first they’ll know about it is when their clients start complaining that emails can’t get through. That’s due to IP blacklisting. Blacklisting means that your site gets tarred with the same brush and your reputation will suffer too.

So if your site is slow then the chances are that your server’s IP has also got a bad reputation.

This can be prevented by constantly monitoring patterns of external email for known Malware signatures. Tools like SpamExperts and MailChannels are over 99% effective at blocking this type of threat. Whereas traditional spam filters are designed to protect your inbox, these filters aim to prevent Spam from even leaving the server which is a far more effective approach.

But if they’re not investing in fast servers then they’re unlikely to pick up the extra overhead of this type of security.

If you’re on a low cost hosting service with as much disk space and bandwidth as you need then you probably won’t be surprised to discover that you’re not alone.

You could be squeezed in there with thousands of other customers fighting for the server’s main resources like CPU and RAM.

Let’s face it, nobody likes noisy neighbors. They’re antisocial and they make a load of noise and annoy everyone.

You don’t want your website to be at the mercy of other users who are abusing their webspace. This could be caused by an out of control script or some RAM hungry application.

This type of thing can be addressed by using a tool like CloudLinux or Hive which are Lightweight Virtual Environment (LVE) software which basically restricts the amount of key resources that any one account on the server can access.

The problem again is cost. These types of tools are usually an expense that some hosts won’t want to pay and just hope for the best instead.

There are dozens of ways to speed up a website. Most of them involve complex coding that needs an experienced (and expensive) Web Designer or Developer to fix.

But let’s face it, these types of speed advantage are not going to be really noticeable on smaller sites. It’s a law of diminishing returns.

But one way you can dramatically speed up your website at a very low cost is by switching to superfast SSD Hosting. SSD stands for Solid State Drive and it is the future of data storage.

What Exactly Is SSD?

So what is SSD? SSD drives are hard drives that are 100% electronic. They differ from traditional hard drives which contain mechanical components such as a spinning data platter (disk) and a data arm that reads and writes the data.

The advantages that SSD have over traditional ‘spinning’ disks are numerous:

As we are concerned with speed, let’s compare their performance with traditional drives that most hosting companies will use.

The speed that the disk can perform is known as IOPS or Inputs Outputs Per Second and refers to the amount of data that can be read from or written to the disk every second.

The typical IOPS for a 7.2K SATA Drive is around 80 IOPS.

If we look at a typical datacenter ready SSD disk like an Intel DCS3500 this operates at up to 75,000 IOPS for random reads.

You don’t need to be top of the class in math to see that SSDs are an order of magnitude faster than traditional drives.

Just by switching your site to SSD you’ll get a huge improvement in speed with a little outlay.

Website speed matters. It matters to mobile users and to Google.

Slow hosting is usually a sign of other issues and your site could also suffer from a poor IP reputation as well as noisy neighbours hogging all the server’s resources.

SSD is the future of data storage and offers a low risk, low cost way of future proofing your website and ensuring that it loads much faster than your competitors.

Tony Messer is the Co-Founder of UK Web Hosting company Pickaweb. Co-author of the Amazon 5 star rated book ‘The Lazy Website Syndrome‘, Tony is focused on helping his customers and any business owner who wants to use their online presence to grow their business. Tony writes about Content… View full profile › 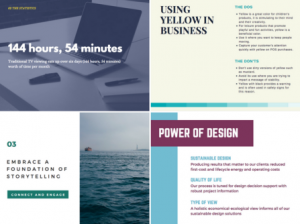 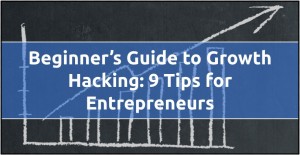 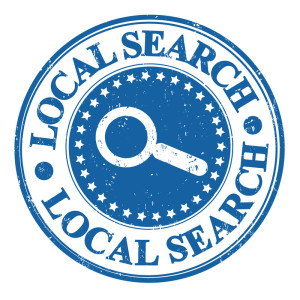 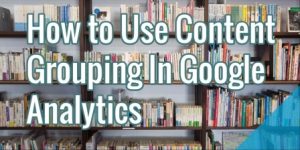 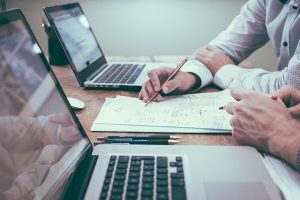 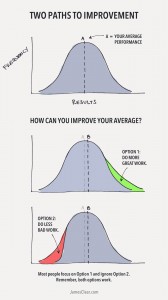