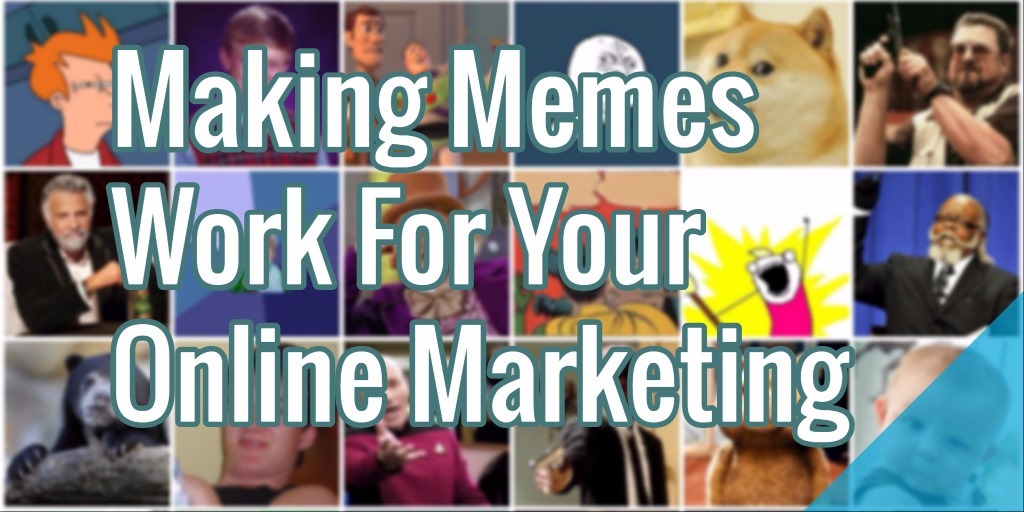 In recent years, Internet memes have become very popular. So much so that they have spilled over from the web into everyday conversation. And just like every widespread social phenomenon, businesses have tried to cash in on memes to promote their trade. However, many of the attempts end up as an #EpicFail.

In this article, let’s take a look at how memes operate and how you can successfully use your own for online marketing.

What Causes A Meme To Go Viral

While there are many theories about how memes actually spread and go viral, there are common traits they all share.

Easy To Replicate And Reference

One thing that you will find common in popular memes like Bad Luck Brian, Overly Attached Girlfriend, and Philosophical Raptor is that they are all image macros. That is, it’s an image that has text captions added to them.

The relative simplicity and commonness of the base image mean that anyone can just grab the image and put in any text they want, helping to spread the picture and the meme attached to it further.

Websites, such as the popular ImgFlip, even exist solely to create memes. Here’s one I made just now for this article.

Note that this ease in reproducing is not limited to image-based memes. Viral dance crazes, like the Harlem Shake and Nae-Nae, often use simple repeating moves that can be easily memorized and danced by anyone.

Other memes also allow themselves to be copied and passed from person to person.

Another important aspect of an effective meme is that they have several layers of entertainment and engagement.

Going back to image-based macro memes, while the picture itself might provide the initial laugh, the text in tandem with it will get you cackling more.

Xzibit laughing by himself isn’t a meme, but when you add his signature line from Pimp My Ride… 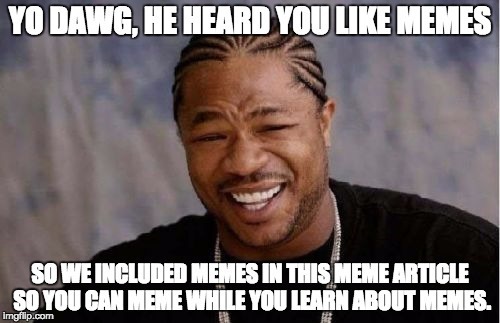 Memes go even further when you start applying the meme to yourself or others around you. It is these multiple layers that help make the meme persist even if the initial layer becomes less interesting.

Every successful meme is able to trigger a wide range of strong emotions from the viewer or reader. In Bad Luck Brian, for instance, we get to pity poor Brian when he encounters another failure after seemingly finding success at first. 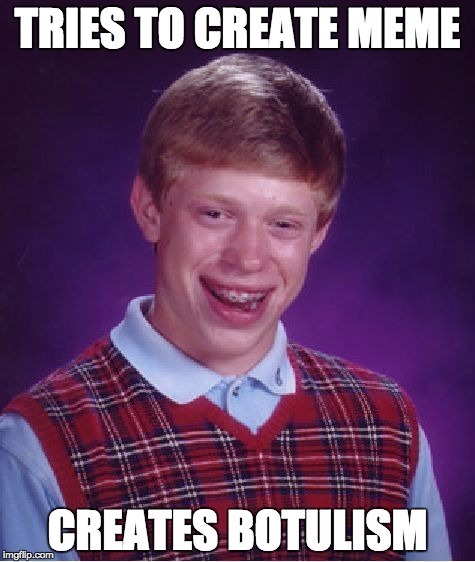 On the other hand, Overly Attached Girlfriend strikes a little fear in us with the idea of dealing with a possessive (and borderline psychotic) girlfriend. We’ve all had one at some point! 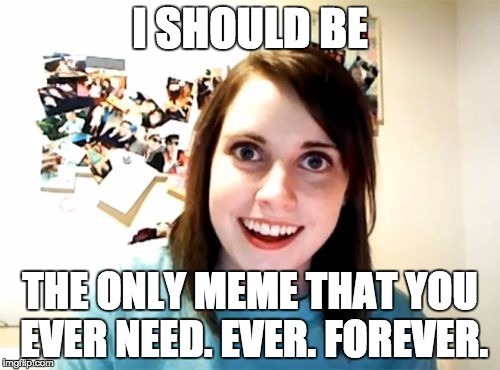 Yikes, be careful with that meme!

Our desire to share these emotions with others as part of a community guarantees their spread to even more people. Emotion, as always, is at the core of online sharing. Happiness, like we get from the laugher caused by all memes, is a big factor in online sharing.

Memes often come up spontaneously, with just a single post suddenly being shared by thousands of people overnight. Many of them get started thanks to one post on Reddit. This adds the feeling of realness attributed to popular memes, that they are created by actual people.

Unfortunately, this is the aspect that many businesses trying to create viral memes will find the hardest to crack. Once the supposed “authentic” meme is discovered to be, in fact, a carefully crafted PR stunt, everything can backfire, with people turning the attempt into a derisive meme itself against the business.

Being careful with your meme creation in a marketing setting is of the utmost importance. Keep reading to learn what you need to do.

Creating A Viral Meme For Your Business

So, how do you go about creating a successful meme for your business? It’s not easy, and you may fail a time or two, but the following 4 points are where you should start.

Every meme tells a story to its audience.

For instance, while not all people can understand Korean, they fully comprehend the story being told by the popular Korean song “Gangnam Style” just by watching its music video. This contributed in propelling the song (and its singer/composer Psy) into memetic popularity.

Deciding which story to tell about your business will determine how the eventual campaign should go.

Instead of trying to cram in all the information about your company. Look for a whimsical moment at the office or a quirky aspect of your product and use it as a foundation for your meme.

2. Choose The Right Time To Spread It

One key for a successful meme is that it rides on what is in the public consciousness at the moment, be it a major event or a popular sentiment.

By appropriating your business meme to relate to the current trend and releasing it right at the height of the fad, you can be sure that people will see it and share it as part of their way of expressing opinions about the trend.

The IMG Academy chose the right time to launch their version of the Harlem Shake meme. And to touch on point 1 above, they chose the right story as well. They shot it in their incredible gym where their athletes train:

This video resulted in 500,000 more views than their next most popular. They made the right choice with this meme!

Be careful, though, as this can be a double-edged sword. If people realize that you are using the trend to blatantly promote your business, your attempts could certainly become a meme in all the wrong ways.

Choosing which emotion to convey with your meme is another essential consideration. Joy and fun are the most common ones attributed to memes, though you can use any other that you see fit. One thing that you need to remember is that the emotion being conveyed by the meme should connect with the audience based on their own experiences.

The team at @Outlander_Starz, a TV show based in Scotland, took the Ryan Gosling meme ‘Hey Girl,’ and customized it for their show to the delight of audiences: 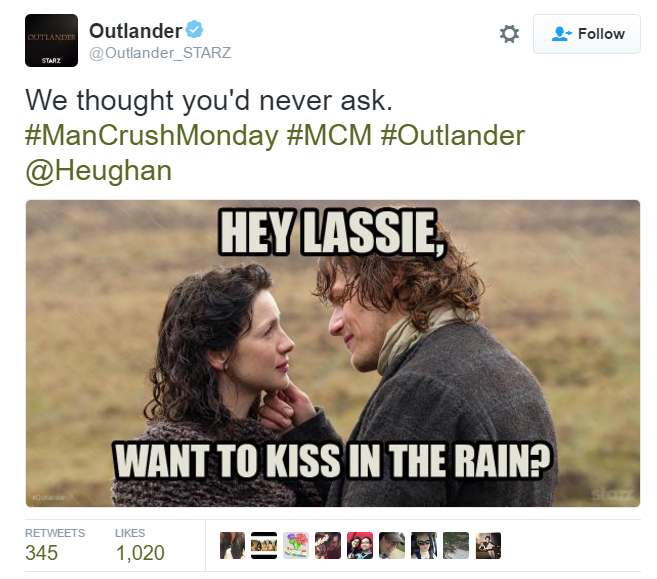 The ladies had a laugh …and a bit of an ‘awwwww’ with each one. Make an emotional connection for the reactions that will drive engagement both in replies and shares.

4. Writing An Effective Call To Action

Creating a call to action for a meme pretty much works in the same way as those you do with other marketing materials. However, the tricky part is actually getting them to respond to that call.

This is where all of the above elements come together. If you were already able to catch their attention and create that emotional connection, your audience will gladly share it without much prodding. Nevertheless, even a short “Share it to your friends if you like it” would help in triggering that impulse.

Your Audience, Past Success, And Testing

Now that you understand how memes could work for your business, here are some more tips when using these.

Just like any marketing effort, you should have a good profile of the meme’s target audience, so that you can see which memes your will ‘get.’ You can’t expect everyone to get the joke contained in a meme about office life. The same as you can’t expect everyone in your audience to want to take part in, say, The Ice Bucket Challenge:

As we should have all figured out by now, Old Spice gets online marketing. They participated in this meme in the exact way that their audience wanted, and they reacted perfectly. Choose your meme based on your audience and how they’ll react. Without your immediate audience’s participation your meme with not be a meme at all, it’ll just be ignored.

With the rate at which memes spread on the Internet, at least one is successfully catapulted into widespread popularity or infamy a week. You have a lot of them to study. Also, websites like Know Your Meme, which I linked to already a few times above, painstakingly catalog these memes. They chronicle their:

They’re a great resource for researching memes you may want to use.

Turn your friends, relatives, and employees into meme guinea pigs to see how they respond to your creation. Split testing, where you do A/B tests of particular memes, can also help you learn what your audience finds worth a share. Change the text, use different images, and use different calls to action. 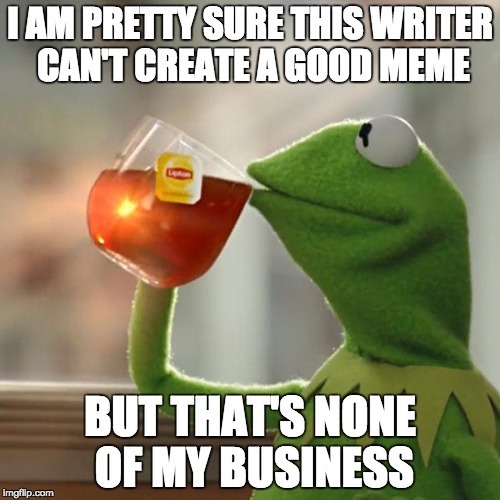 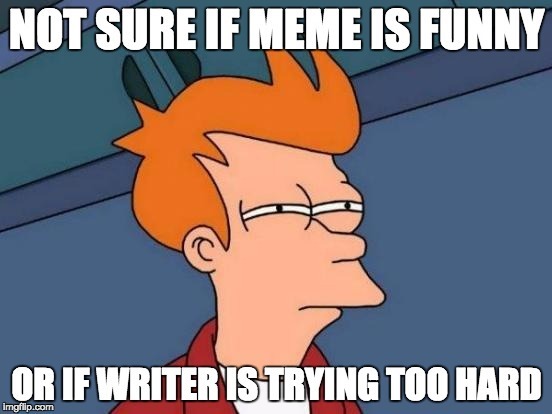 Which of the two memes above really connected with you? I’m sure the Search Engine People would love to do some research, comment below on which made you LOL.

Your Business Can Use Memes For Online Marketing

Keep in mind that using memes for marketing your business is very much a hit or miss affair. As I’ve been emphasized in the early part of this article, there is really no guaranteed way of determining which specific meme will hit it big with the public.

However, by focusing more on the “fun” aspect of what you are doing rather than how it will impact your business sales, you can create a genuine meme that your fans and followers will want to share, comment on, and engagement with in positive ways. 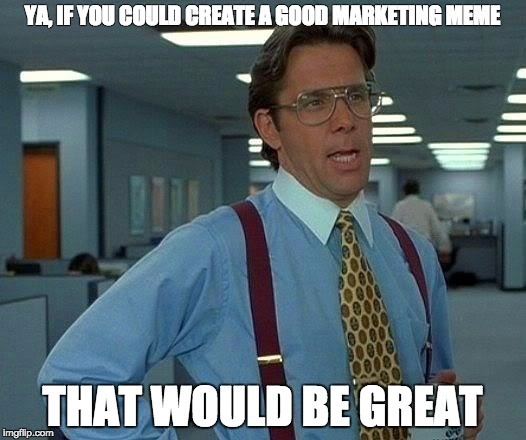 About the Author: Matthew Yeoman

Matthew is the social media analyst for the Devumi.com Blog. You can visit the blog for frequent social media updates relating to Twitter, SoundCloud, YouTube, LinkedIn, and more! Tweet at the @Devumi Gorilla on Twitter for news all day long! 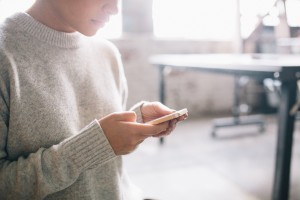 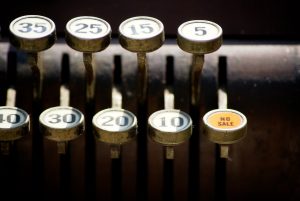 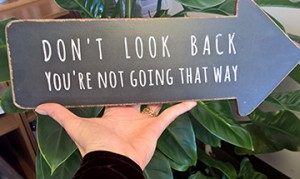 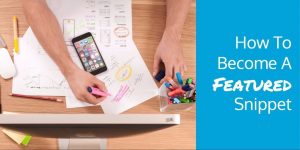 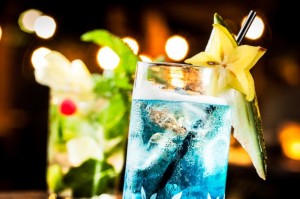