From Social Media to Social Commerce


With 36 million social media users in the UK alone, social is going to be one of the biggest drivers of ecommerce in 2015. Facebook is still one of the most popular social media platforms with a staggering 31 million users and Twitter boasts 15 million users, showcasing the huge possibilities for retailers when it comes to brand engagement. So how can retailers use this to drive sales?

The sheer scale of social media investment shows just how important Facebook, Twitter and others now are in retail. Forrester research suggests, marketers will spend €4.3bn (£3.4bn) on social media by 2019, up from €2.6bn (£2.1bn) this year, and a compound annual growth rate of 10.5%.

However our Internet Retailing Top500 Index show that retailers still fail to respond to a staggering 75% of Twitter mentions and 85% of Facebook comments, resulting in missed opportunities to engage with potential customers and connecting them to products. A retailers brand is becoming increasingly important in the digital era, due to competition between other brands as well as wholesalers selling direct. So why aren’t they using those channels more?

To compete, retailers need a strong brand presence through social media channels. It’s surprising to see five of the Top500 retailers lack both Twitter and Facebook presence, so it’s vital that retailers work out ways to use social media effectively in order to stay ahead of the competition. Below are some effective approaches that UK retailers are using to harness social media today.

Social media can be used to powerful effect to cut out a task for the customer. Thus Amazon enables shoppers who have linked their account to Twitter to add tweeted products to their basket simply by hitting reply and adding #AmazonBasket. Those looking for holiday deals can tweet @TCOffers with the name of a country to have a link tweeted back to relevant offers on the website. When the functionality was launched, in 2014, Thomas Cook’s then chief executive Harriet Green said the use of social helped customers get information “wherever and whenever; sitting on the bus, in the local café or together as a family at home.”

As retailers have invested in social media, they’ve honed the use of different networks for different uses. InternetRetailing’s IRUK Top500 research, found that Elite retailers, including Marks & Spencer, Topshop, Asos and Debenhams, use social media effectively to make themselves available and to respond to customers, however they get in touch.

Our analysis also suggested that fashion companies were leading the way in helping shoppers to communicate their shopping questions and decisions to their friends over a variety of networks. Of the IRUK Top500 companies, 488 were on Facebook, 489 on Twitter, 269 on Pinterest and 189 on Instagram. The channels lend themselves to different, and quite specific uses: while a retailer might enable customer conversations on Facebook or answer specific questions on Twitter, Pinterest and Instagram lend themselves to sharing images – and the better quality they are, the more sharable they become.

Retailers make the most of social networks when they take their mission beyond plain customer engagement. Supermarkets, for example, have brought a sense of event to the medium. Waitrose, for example, used social media to crowd-source the music for its Christmas advert, while Tesco shared festive inspiration from names including Linda Barker on channels including YouTube, Facebook and Twitter. The key to the campaign, said Sharry Cramond, proposition and brand director of Tesco, as it launched was that: “Our experts are sharing fantastic insider tips on how to have a really amazing Christmas, with less of the stress.” Both are succeeding by involving customers in more than the simple promotion and sale of products.

At the cutting edge, brands are engaging in social media well beyond our shores. Luxury leather goods company Mulberry, for example, shares links to eight social channels from its home page. Alongside Facebook, Twitter, Pinterest and Google+, shoppers can also share on WeChat and Weibo as the international brand looks to serve its Chinese customers.

For retailers wanting to succeed in today’s digital era, a strong social media presence is vital. Social media is now an essential part of a consumer’s day-to-day life, so retailers need to heavily invest in their online presence in order to increase brand awareness. The power and influence of social media will only continue to grow, so it’s up to retailers to put social media at the heart of their ecommerce strategy. 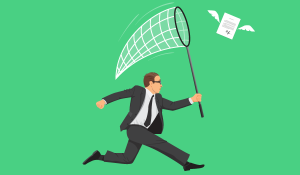 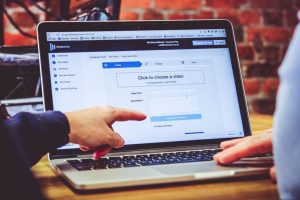 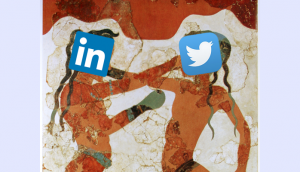 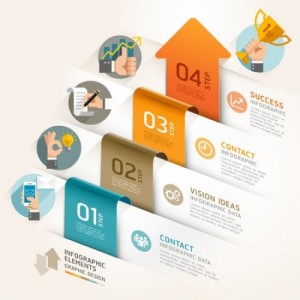 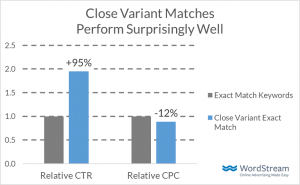