Cross The Effectiveness Threshold In Your Social Media Marketing

Whenever Scotty would say to Captain Kirk, “She’s brrreaking up, Captain,” or even, “She can’t take it anymore,” he was suggesting that the Starship Enterprise’s condition was going beyond a threshold from which there was no turning back. Thresholds exist in many parts of our lives: economies, diseases, pharmaceuticals and marketing. We don’t simply carry our brides across the threshold, but our planes cross them at the end of runways, and we even see ourselves metaphorically crossing one into a new age.

You might have a higher threshold for pain, while an absolute threshold is the smallest amount of stimulus needed to detect a sound, smell or color.

In advertising, the threshold effect refers to the notion that our efforts require concentration. If you spent a hundred thousand dollars in national advertising, you can predict that the effect will be inconsequential. If you spent that same budget in your local community, you might very well own the market.

Spend too little in any given situation, and you might as well have simply thrown your money away.

As brands experiment with the efficacy of social media, they too often disperse their energy across multiple platforms and fail to reach a critical mass. Of course, it very well may be that the marketing manager’s intent is to only be present, and to stake out a bit of social media real estate.  There are times when that approach is justified.

A social media strategy that is aimed toward listening to customers, responding when needed, and being present is social media brand maintenance. It’s important. If your organization has a high volume of customer touch — like an airline, a bank, or a shoe e-commerce site — this approach can work perfectly.

On the other hand, if yours is a space that is more about B2B, or where the knowledge behind what you do is scarce, other approaches can be more effective. In the reputation management/thought leadership approach, for instance, a brand sets out to have an impact on circumscribed communities or influencers.

Concentrating effort and energy has been shown to be quite effective. GE, for instance, doesn’t roll out a program for every event but instead focuses only on the major events that really align with the brand’s purpose and values — in this case, Pi Day and Inventors’ Day.

The same idea is being seen in content marketing, where organizations like Deloitte or Distilled focus on “deep content” — pieces that require hundreds of hours of investment, as opposed to blog posts that only require a few hours of effort. The micro-blog posts are still important, but instead of diluting effort over dozens of medium-sized posts, the effort is concentrated on content that is more compelling.

One approach with social media is to identify your magic community — those few people in the world that if you were to engage, would have the greatest impact on your business. In some verticals, it might be fewer than ten people; in others, it might be a very specific psychographic or behavioral segment.

In Crossing the Chasm, author Geoffrey Moore conjectures that in technology, if a marketer focuses on a specific vertical, the enthusiasm of early adopters will carry the brand across the chasm of adoption.

By attempting to be everything to everyone in social media, you’re missing out on the network effect. If a brand creates valuable content and focuses on a very small community at any given time, the community will evangelize on behalf of the brand, helping to build momentum toward that content.

Repeated exposure to a brand in a smaller population means that individuals are subject to repetition. That repetition helps to reinforce social proof. If a message is being distributed across a larger population, that repetition is less likely to occur.

There is also a positive impact on others within the organization, such as executive decision makers. Strategy thinker Richard Rumelt wrote, “…the strategist can increase the perceived effectiveness of action by focusing effort on targets that will catch attention and sway opinion.”

Too often, social media strategists set out to develop large followings on social platforms, and embark on a program of content publishing. Instead, try this: find the ten or twenty most important people that are meaningful to your business and connect with them. Have a conversation. Cross the threshold. 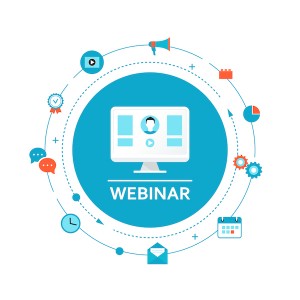 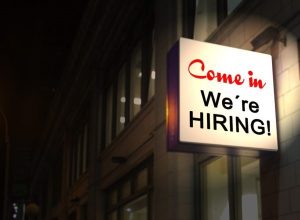 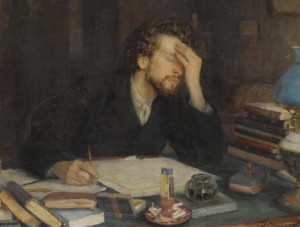 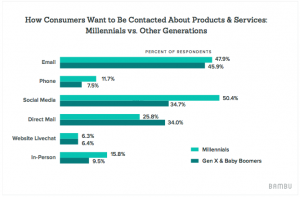