Bridging the gap between IT and marketing to improve martech collaborations

While marketing and IT will always have team-specific objectives, both care about maximizing martech investments.

Techies and marketers need one another more than ever before. So why does it seem like they continue to operate in two totally different worlds?

Like most cross-team challenges, the trouble starts at the top. A Leapfrog Marketing Institute study found that just 30 percent of marketing executives consider their relationship with IT to be very collaborative and productive; an even more stunning 13 percent of IT leaders agree. Although 20 percent of marketers feel working with their IT colleagues has improved alignment, just 4 percent of their IT peers say the same.

What could mend the divide? Common goals and incentives can, according to the Leapfrog study, which found 63 percent of both groups acknowledged the two teams don’t share them. While marketing and IT will always have team-specific objectives, there’s at least one area both should care about: maximizing martech investments.

Marketing technology is, for obvious reasons, the perfect place for IT personnel and marketers to combine their skills. But a peek under the surface shows an even more dire need for the two to come together around martech.

A recent Wipro study of marketing executives found that just 6 percent believe that most of their marketing team is martech conversant, and more than half consider martech competency gaps to be a barrier to success. Marketers seem to understand the “why” behind marketing technology, but precious few understand the “how.”

IT personnel, in contrast, sometimes struggle with the “why” behind technology initiatives. A Bain & Company survey found that more than 80 percent of surveyed executives see their IT team as out of step with the company’s broader strategy, leading companies to spend an average of 20 percent more than necessary on IT.

When marketers and tech people work together, however, the whole company wins. Research firm McKinsey found that companies whose CMOs are “integrators” who work with their counterparts in IT to achieve company goals grow their revenues at 10 percent per year — twice as quickly as the average S&P 500 firm.

So how can IT and marketing teams put their talents together? As with most things, it all starts with communication.

Start with business goals. The IT team may be trying to cut downtime to a certain threshold, and marketing may be working to boost a software’s adoption rate. Both of those goals, however, are components of a larger one: ensuring employees can and do make the most of a program the company is paying for.

Although that may sound like a small leap of inference, the fact is that few workers connect their tasks to overall business goals. Harvard Business Review found that 95 percent of employees are unaware of or don’t understand the company’s strategy. Share objectives and key results with both marketers and IT people to ensure they understand what the company is trying to do and how it will get there. Give both teams the same objective, but provide function-specific key results. Designate team liaisons to report progress so both teams see how the other is contributing to the overall objective.

Banish the buzzwords. Brand synergies and paradigm shifts may sound great to the marketing team, but they only serve to alienate those in IT who feel out of the loop. Marketers, for their part, feel the same way about terms like refactoring and affordances. Although every field has its own buzzwords, rarely are they actually needed to explain concepts to the uninitiated.

“Often, marketing and IT clash due to an inability to speak the other’s language,” says Phil Lockhart, principal and leader of management and IT consulting firm Credera’s digital practice. “If they’re unable to communicate well, both parties will struggle to maximize the company’s investments.”If jargon must be used to explain a concept to the other team, Lockhart says, it should be accompanied by a patient explanation considering the context and perspective of the organization. If team members become frustrated about having to explain a concept multiple times, they should consider creating shared language that they both understand.

Make purchases together. Purchase decisions are ground zero for many marketing-IT collaborations. Yet a Walker Sands Communications study found that nearly two-thirds of marketers have led a marketing technology purchase decision, including more than half of entry-level marketers.

When both teams have a stake in a purchase, such as marketing software, both teams should have a say. At smaller companies, a ranked-choice voting system may be sufficient to give everyone a say. Larger teams may need to designate a representative to present the team’s interests to a third-party decision maker, such as a vice president or another decision maker.

Celebrate wins as one. Typically, friction between teams has less to do with incompetence or outright malice than it does interpersonal unfamiliarity. The marketing team may not see much reason to help the IT team hit a code deployment deadline, but it certainly might if there’s a shared celebration where key contributors are recognized at the end of the road. A shared celebration that recognizes individual achievements gives marketers and IT personnel time to bond and to better understand the contributions that both teams have made.

“From kickoff to liftoff, IT and marketing need to be one, so they should also celebrate as one,” says Lockhart. The CMO of a global company Lockhart and his Credera team worked with made it a point to celebrate with IT after every major website release. It was always scheduled two days after launch because marketing knew IT was usually up all night supporting the deployment and needed to refuel first.

At a time when CMOs are spending more on technology than CIOs, it takes both teams to deliver great customer experience. Marketers may be experts at connecting with consumers, but IT has the tech knowledge to do so at scale. By meeting in the middle on martech — often, something neither team fully understands — they might finally see the value each team brings to the table.

Steve Olenski is currently Chief Relationship Officer for 20Nine. He brings a truly unique perspective having served in various marketing roles at brands such as Oracle and Prudential to the agency side where he’s been a creative director and copywriter. He’s also established himself as one of the leading writers in the space earning the respect of many CMOs including the former CMO of Walmart who refers to Steve as “The Distiller of Truth” and “The CMO Whisperer.” In addition to Marketing Land Steve has written for Advertising Age, Adweek, Business Insider and Forbes. 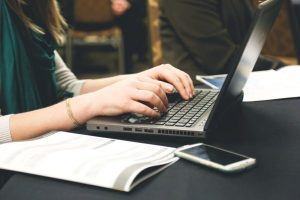 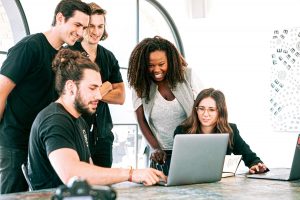 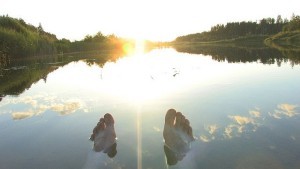 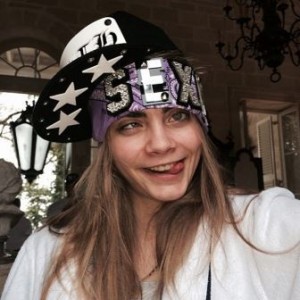