Facebook is a compelling platform for advertisers for many reasons, including powerful targeting options and affordable costs, among others.

Your Facebook ad costs, of course, will vary based on a number of factors, including your audience, industry, goals, and optimization settings. 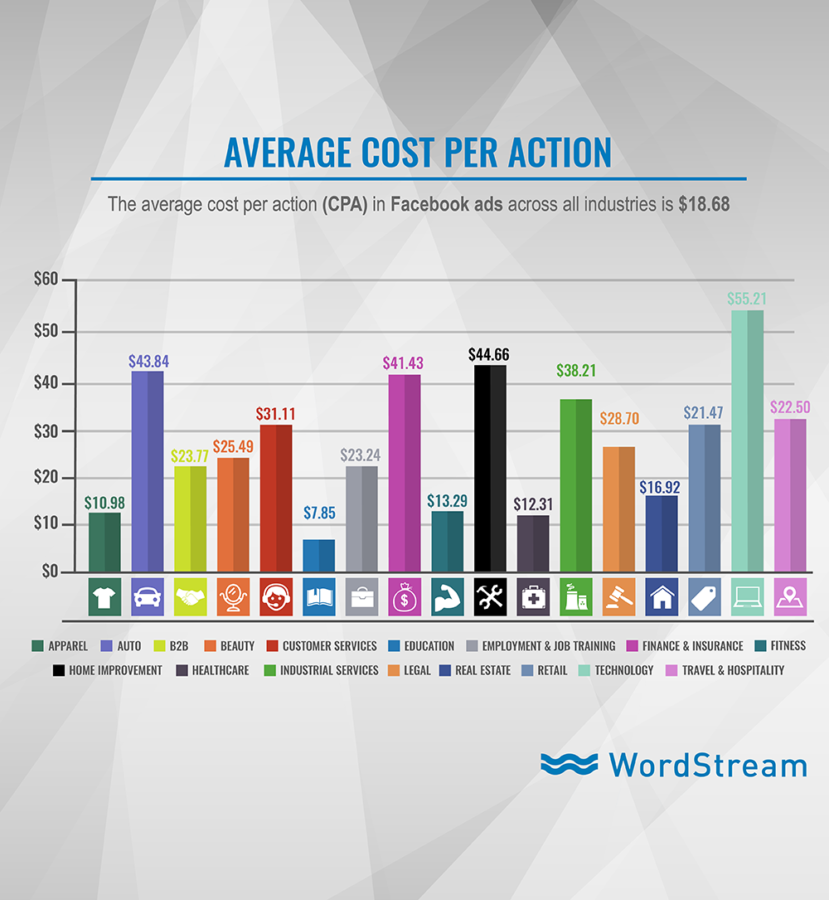 However, Dan Rohsler, social account manager at digital agency Power Digital Marketing, said it is common to expect cost per thousand impressions (CPMs) to vary between $ 5 and $ 10 and cost per click (CPC) to come in below $ 2.

Likewise, Kevin Miller, director of growth at home-buying app Open Listings, said a safe average cost per click on Facebook for most businesses is $ 1.50. And Peter Messmer, director of growth and strategy at conversion optimization platform AddShoppers, said CPC costs for retargeting are typically in the $ 0.75 to $ 1.25 range, with cost per acquisition (CPA) costs for retargeting in the $ 5 to $ 10 range.

These costs are competitive and well within reach of smaller businesses.

With that in mind, here’s a look at nine actionable steps your brand can take to save money on Facebook ads and come in below average.

Per Ben Cook, marketing director of social media agency JC Social Media, advertisers should be as precise with their criteria as possible when specifying audiences.

“By narrowing your target audience, you can drastically reduce the competition from other brands running ads to a similar audience,” he said. “Remember you are in a bidding war with hundreds of other brands – only bid on who you really want to reach.”

Cook said this means marketers increase the odds that their promoted content will resonate closely with target individuals.

“It means you can tailor ads to appeal to people in a specific demographic, geographical area and set of interests, giving you the best chance of gaining clicks and generating traction,” he added. 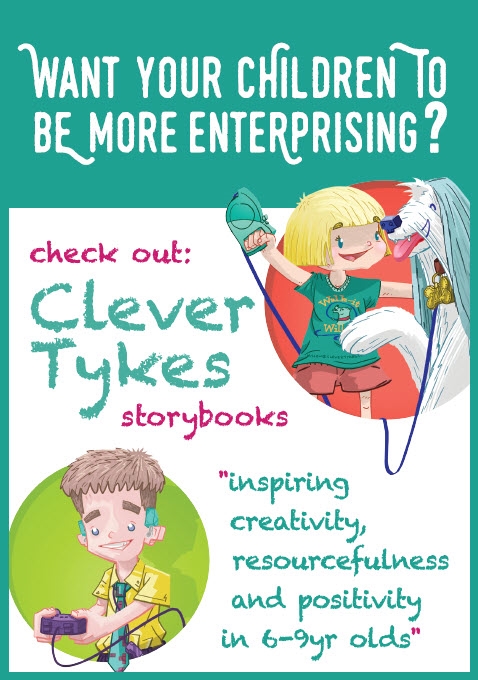 “When targeting a broader audience, we achieved good reach metrics, but click-through rates and conversion rates were low,” Cook said. “It was only once we refined the targeted audience to those who were perfect for the brand did conversions improve. When the content, tone of voice, and actual product resonated with the target audience, all of the key metrics improved.”

That’s likely in part because the inventory is low and ad cost is high when you go after an audience that many other advertisers want, said Timothy Masek, senior growth strategist at growth marketing agency Ladder Digital.

“If instead you target a segment where there are less advertisers competing for ad space – for example, in international markets – then your ad cost will be cheaper,” he added.

Masek also noted that Facebook charges more or less depending on the relevancy of your ads. 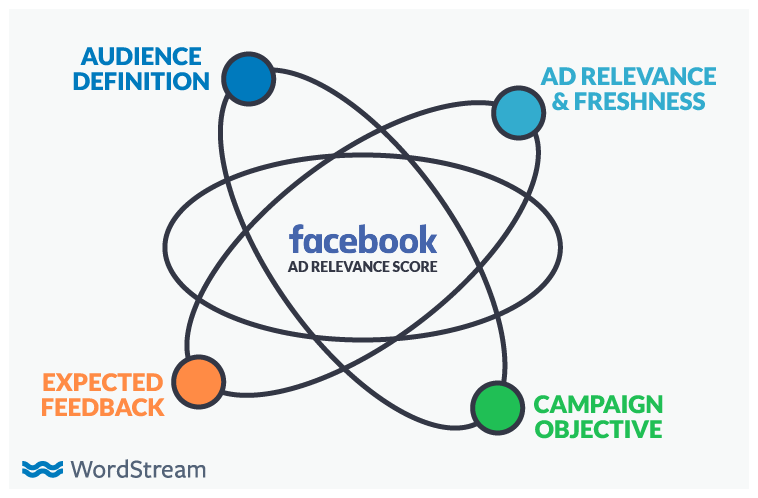 “In an effort to reward advertisers for adding value to the Facebook user, Facebook will decrease your [ad] cost if your content is relevant to your target segment,” he said. “This relevance is quantified by Facebook’s quality score.”

Katy Lowe, social media executive at digital marketing agency Passion Digital, on the other hand, said the more granular you go with audience targeting, the more expensive results tend to be, as Facebook is offering a tool to reach your most valuable audience, and it’s in its own interest to charge more.

Lowe said Passion Digital manages this for its clients by using rules and bid caps, especially for app installs, based on the lifetime value of an individual lead or sale.

In addition, Phillip Reinhardt, CEO and cofounder of digital marketing agency PBJ Marketing, said to use the Facebook Audience Overlap tool to see if audiences are overlapping significantly – and, if they are, to choose the audience that is most relevant to your marketing goals.

“If they have some overlaps, mutually exclude those audiences to avoid bidding against yourself,” he added.

This is what PBJ Marketing did for the University of Maryland’s Master of Professional Studies in Technology Entrepreneurship program, which seeks part-time students and was targeting entrepreneurs and startup founders in the US.

“After creating two separate audiences for people living in the United States interested in ‘Entrepreneurship’ and ‘Startup Company,’ we quickly ran an audience overlap check on Facebook,” Reinhardt said. 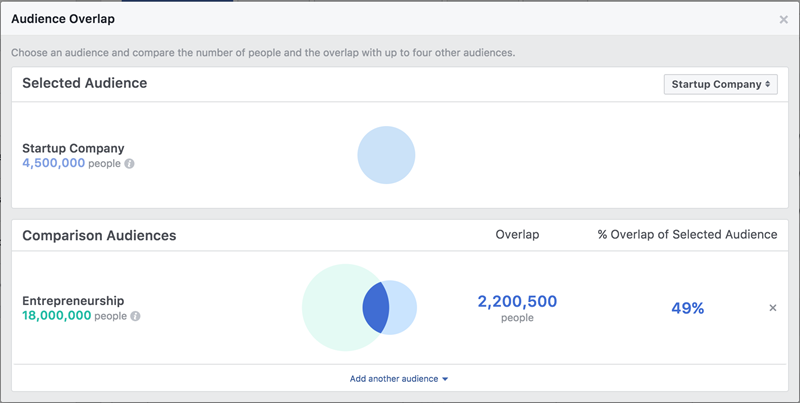 “As we can see, nearly 50% of the ‘Startup Company’ audience is also interested in ‘Entrepreneurship,’” he said. “If we set up a campaign targeting these two audiences in separate ad sets without any audience exclusion and pay – let us suppose – $ 0.10 per click, we could waste up to $ 220,050 in the ad auction by bidding against ourselves.”

Instead, he excluded the interest in entrepreneurship in the startup company audience and vice versa, and ran the overlap tool again and got 0%. 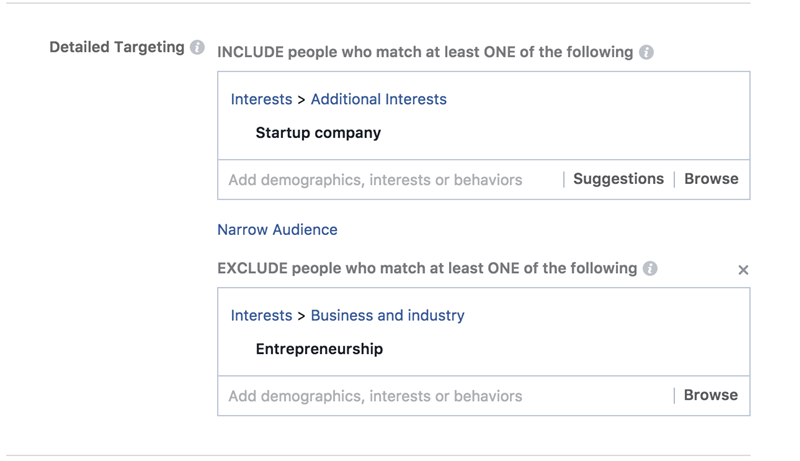 This is important because if there is a high percentage of overlap, you are essentially bidding against yourself in the Facebook auction in order to serve ads to the same people.

“You are not only advertising to the same person more than once, but you’re also paying more to serve ads to that person because of internal competition,” Reinhardt said.

In addition, having low – or no – overlap also allows you to better A/B test the different audiences you are using and customize your bids based on each audience’s ROI.

“For low intention audiences, we bid lower,” Reinhardt said. “For remarketing audiences or converters, we bid higher. This way, we can make sure we are not wasting money on people who are not as interested in us.”

As for those who are interested in both, Reinhardt said to create a dedicated audience that satisfies both criteria: 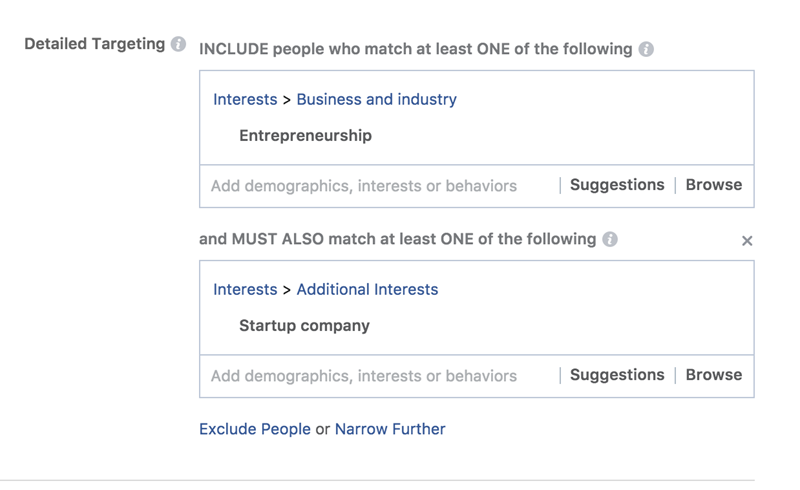 “Now if we run the audience overview tool one last time for all three audiences, we will have a perfectly segmented group of audiences,” he added. 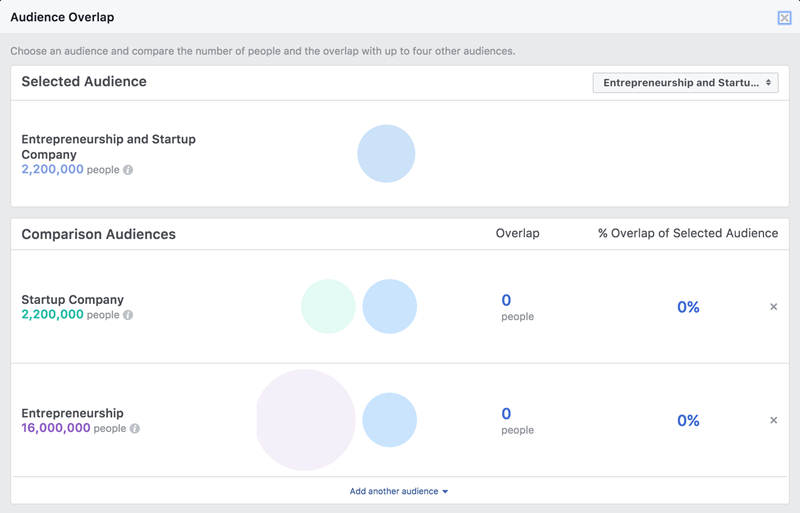 Morgan McGregor, photography and online content specialist at social media marketing firm Hyped, said her biggest tip is to set up your Facebook Pixel, which is a few lines of code you insert into your website to track conversions and access data about your clients.

“It can not only track who your clients and visitors are right down to their Facebook page, but it also collects data such as: What are they interested in? Where do they live? How many kids do they have? How much money do they earn? What things have they bought recently? What is their average purchase price? Are they going on holiday soon?” McGregor said.

It can get very detailed, which means marketers are able to target people who are in a position to start purchasing their products.

“You can not only retarget people who have gone on your website, you can even target down to what actions they’ve taken, such as people who added to their cart but never completed their purchases,” she said.

Setting up a Facebook Pixel also means brands can track which ads are performing best and yield more sales, which means they can really start putting money where it counts.

“It also allows you to create dynamic sales funnels [for Top Of Funnel, Middle Of Funnel and Bottom Of Funnel] that can last forever and bring you sales while you sleep – that’s the lifestyle we all dream of,” McGregor added.

Cook also recommended testing your Facebook creative to see which executions resonate most.

“Facebook ad sets enable you to run multiple ads concurrently with the same budget,” he said. “Even if you know your audience inside out, tiny nuances in the image chosen, the copy and the call to action can make a large difference in the results over time.”

He continued: “By using different combinations of text and images, you’ll be able to spot trends in the adverts’ performances. Take the best elements from the better performing ads and drop the worst. This data-driven ad crafting is the best way to get the best value from your ads budget.”

Facebook Ads coach Monica Louie said she typically starts with testing the image in the Facebook ad, followed by headline and ad copy.

“It’s fascinating how just changing the image can have a dramatic effect on the costs,” she said. “All of these are done in this specific order to keep costs down and increase conversions.”

Even small improvements in click-through rate and conversion rate can make a huge difference to ROI in the long term. The following ad sets are from a B2B client whose CPC JC Social Media reduced by using this testing method.

“We use a custom retargeting algorithm that automatically sorts your website visitors into low, medium and high engagement groups, and that audience pushes to any ad network,” he added. 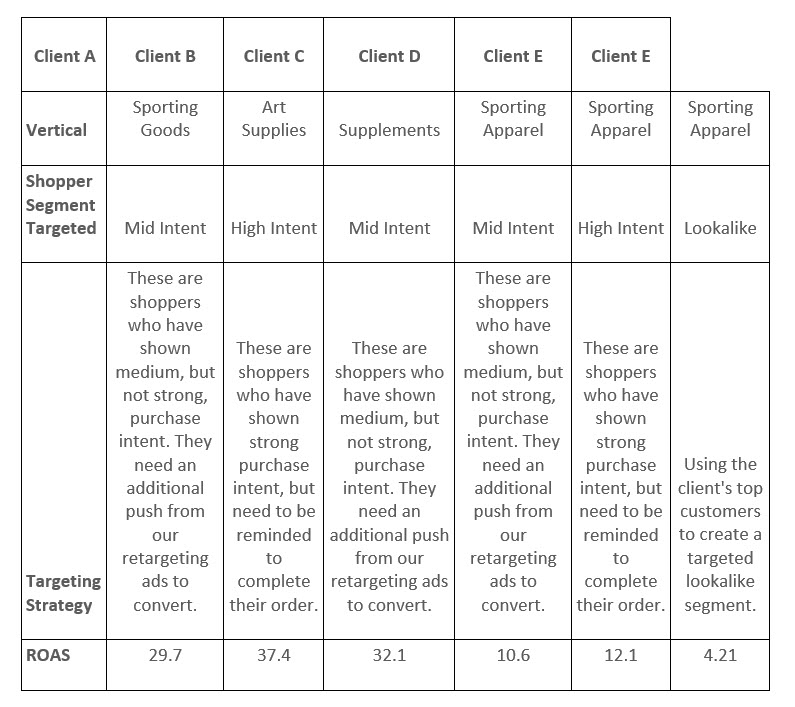 Jason Parks, president of digital marketing agency The Media Captain, also said he runs dynamic retargeting and retargeting advertisements to generate sales at a cheap cost per acquisition on Facebook.

In addition, Reinhardt said to segment consumers who are connected to your Facebook page and save them as an independent fan audience and build dedicated campaigns for them. Meanwhile, also exclude existing Facebook fans in other audiences. The same could be done for website visitors and converters.

That’s because Facebook fans are typically the best-performing audiences in terms of engagement rate and conversion rate, he said. 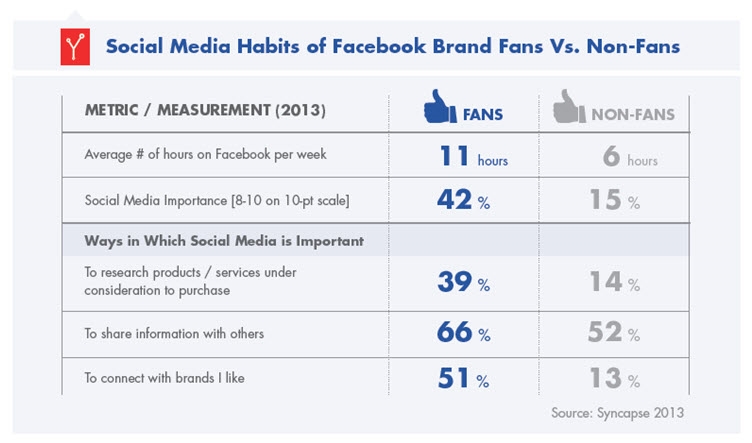 “We want to ensure that all the Facebook fans are reached and the best way to do it is to create a separate audience for Facebook fans,” he added.

“During the final stages of the fundraising campaign, we quickly lowered the daily budget and bids for the interest targeting and prioritized on high return audiences,” he said. “A perfectly segmented account allows us to clearly identify where the opportunity is and spend our client’s money on the best audiences.”

“One of the most common problems we see with our clients before they hire us is their failure to refresh their ad visuals,” Alos said. “Once they see that an ad is performing they don’t monitor its frequency anymore, which results in ad fatigue, or the point when the audience is already too familiar with the ad.” This causes ad performance to drop off precipitously.

Alos pointed to a case study with what he called a healthy campaign with consistent CPC/CTR/CR and CPL for the first six days. On day seven, however, CPC and CPL started to increase, as everyone targeted had seen the ad four times on average. And as fewer users click on your ad, Facebook starts to lose money and must decide whether to stop showing your ad or to charge you more, Spiralytics noted in a blog post.

To prevent this, advertisers should report on ad-level conversion metrics daily. And, Spiralytics said, after a few ads run, you’ll get a feel for your range of impressions/person for where the ad will fatigue, and you can indicate this metric in your reports and pause ads as they approach the fatigue point.

Damon Gochneaur, founder and managing partner of digital marketing firm Aspiro Agency, said his #1 tip for reducing the cost of advertising on Facebook is to use video anywhere you can.

“For smaller clients without budgets to produce dedicated video ads for campaigns, we often use Facebook’s own in-platform tools to create slideshows of product or service imagery, which can be downloaded as video content in the ideal spec for Facebook video ads,” she added. 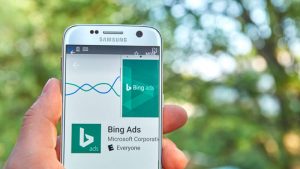 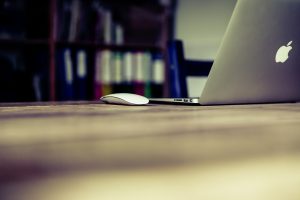 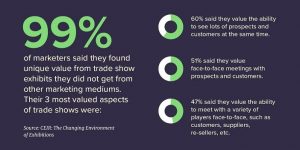 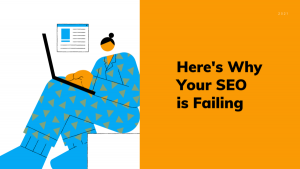 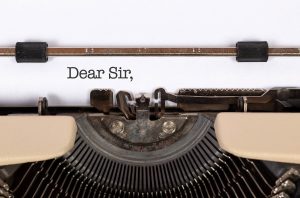 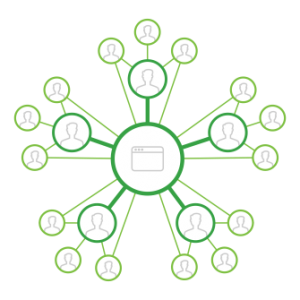 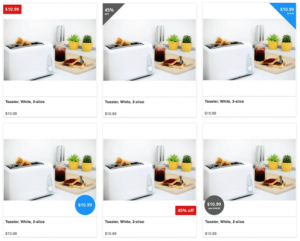 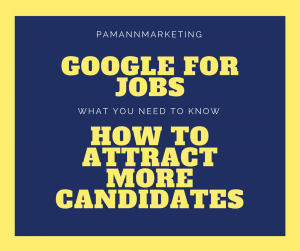