Digital agencies are fast becoming a major factor in the growth of businesses.

This is surpassing the simple sales factor, and becoming a situation where a digital agency can jump in and literally help to transform how a business makes its money.

There are a few digital agencies that have risen to the very top of their game, however, and these examples of high quality brands have delivered increasingly complex and sophisticated campaigns for clients.

Let’s take a look at seven of them.

Not a baby when it comes to transformative digital marketing, the company really took their skills to the next level with the Ving campaign.

A major player for some time now, this agency has truly pushed boundaries worldwide. With offices all over the globe, one of its biggest recent successes was a campaign for Sol beer.

Innovative Facebook work ensued, and the Mexico Sol campaign on the platform was particularly successful, with over 60,000 fans for the Facebook page in just one year.

Now these guys are something else. A full service marketing agency, they have been able to focus on a number of different projects in recent times. One of the very best projects (and the worthiest) is the work around the Sky Academy. Rather being a school for superheroes, it is a movement that’s focused on helping young people succeed in sport. With some huge names attached to the campaign and some real flair in the work on social, Jaywing have knocked this one out of the park.

What was major about this work is the fact that Jaywing conducted a sizeable and deeply involved social media analysis for Sky Academy. This meant the results should have been significant. They were.

Increased engagement became a thing for Sky Academy, and if you take a quick look at their Twitter, you can see how Jaywing has managed to boost the brand online. Sure, anything with Sky is big, but the work on Twitter shows how Jaywing has focused on human stories and an always compelling narrative.

Possibly having one of the wackiest names in the agency arena helps, but the team have backed it up with incredibly powerful campaigns.

Not least of these is the Mazda MX-5 campaign. This car is not the most loved car in the world, and it has suffered a bit of a PR disaster in recent years, with many drivers simply dismissing it as a bit of an unfashionable vehicle.

Jellyfish generally focused on making this rather sad car into something a little more dynamic. Like most of the top agencies, the whole thing was cross-platform, but the bulk of the work was on social media.

The Jellyfish approach has also pushed the envelope for the new Elite:Dangerous game. It is now enjoying a massive level of brand awareness on Facebook.

An up and coming agency, but one with a strong client base, Jellyfish has its finger on the pulse.

There’s so much we can say about this particular agency, and one of the most important things to remember here is that they created one of the most exciting and original Facebook campaigns in history (we are not exaggerating) with the Pringles ‘Last Can Standing’ campaign. This simply allowed people to stack virtual cans of Pringles via the Facebook page, and then see who managed to have the can that caused the pile to topple. A bit like Jenga, basically.

That campaign resonated well with the over 25M fans the company has on Facebook (we know, they’re not struggling) but they keep raising the bar, and if you look at the stuff Isobar is doing today, the agency deserves its place in the top list for agencies worldwide. They specialise in creating cool, shareable stuff.

Their work with Coca-Cola (‘Quote Coke’) deserves a mention, and the agency’s general focus on using social media to build a buzz groundswell quickly is key to their success.

A full service marketing agency, Oliver is an independent with a big heart, and lots of drive. They have created numerous campaigns but we think their best work on social revolves around Robinson’s, the drinks company.

Robinsons will always be linked to the Wimbledon tennis championships, and to celebrate 80 years of Robinsons sponsoring Wimbledon, the agency set up a ball challenge. Users were able to find huge tennis balls around the country, and the whole thing was supported on Twitter by hashtags, with clues via the hashtags.

Known as ‘Dog Digital’, these independents have taken social media work to a different level with some inspiring campaigns that really show an understanding of how the platforms function.

Heard of the Singapore Slammers? Well, more people have now, thanks to Dog. Part of the International Premier Tennis League, they wanted some more exposure. Dog jumped in on social, and at one point managed to quickly (probably quicker than anyone else we’ve seen) get the blue checkmark for the Singapore Slammers account on Twitter. That’s no mean feat.

The seven agencies above really show how creativity and an understanding of the arena can enhance a client’s experience. Agencies are taking over the space when it comes to creative and long-lasting campaigns, but also campaigns that bring huge and fast engagement (as in the Singapore Slammers work). 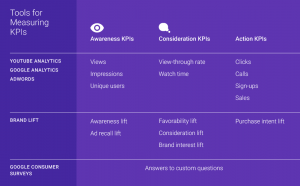 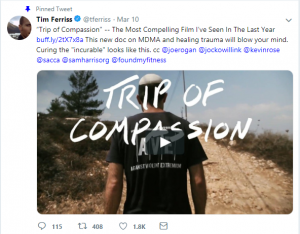 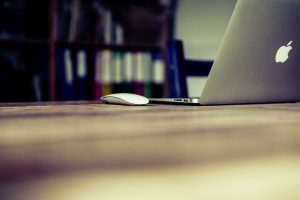 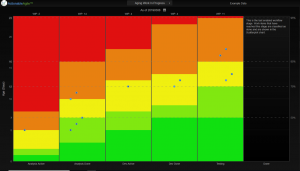 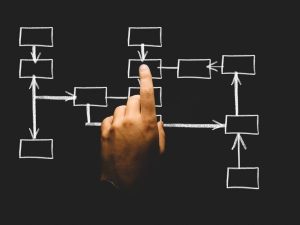 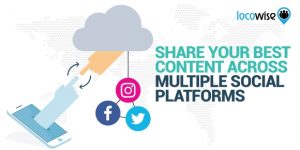