The impact of our nation’s workforce will be profound as we migrate into changing economic, social and technological spheres. With these shifts, business leaders are acknowledging the importance of grooming next-generation leaders to raise the talent family of the future. This is particularly true of contingent workforce program leaders. They will play a vital role as the population of non-traditional workers continues to grow. Just as parents seek fresh ways to bring up exceptional children who will thrive in the modern era’s evolving landscape, contingent workforce leaders look to develop the highest performing talent. In both cases, some old habits persist, especially in communication. As an interesting exercise, let’s see at how top psychologists advise us to speak to kids, and shape those practices to optimize interactions with workers. You’ll be surprised how similar and effective these tips are.

People Pattern Their Behaviors Off Their Leaders

Obviously, workers are not children, yet they do need engaged and supportive mentors to help them attain their goals. One of the most recent trends in new parenting concerns eliminating the traditional statements many of us grew up with. Some run to the negative such as, “Why you can’t you be more like so-and-so?” Others, shockingly, would appear positive. For example, studies show that saying “great job” may be more detrimental than helpful. What I found in reading over this material is that these types of interactions carry similar effects over to the contingent workforce.

Let’s examine some of the top “things never to tell your children” through the insight of several leading psychologists, as collected by Charlotte Hilton Andersen for Redbook Magazine and Matthew Jones for Inc.

You Did Great, But…

When a child performs above expectations yet fails to achieve a perfect score, some parents are inclined to say, “You did great on that test, but why can’t you do that all the time?” Citing pediatric psychologist Adelle Cadieux, Redbook observes that compliments followed by ”but” divert attention from the positive to the negative.

The same holds true for contingent talent trying to tackle a mission-critical project. Sometimes client expectations run toward unrealistic ideals. More than a working model, the business may place too much emphasis on frills. If workers have produced stellar results and the solution is running well, despite a lack of bells and whistles, the focus should be on the success. A more positive approach to the “but” would be to say, “This application works great. Now that everything’s operating smoothly, let’s enhance the graphical interface in version two.”

It’s easy for stressed parents to become overwhelmed by the emotions of their kids. Out of frustration, some may blurt, “Stop being so sensitive. You need thicker skin.” This sentiment echoes something we’ve all heard at one time or another from management: toughen up and deal with it.

There is a tremendous correlation here to the workforce. One of the most important communication techniques we’ve discussed in past articles involves fostering a safe, open forum for talent to express themselves. This is how we gain new insights, capitalize on out-of-the-box thinking and innovate. For contingent talent, feelings of insecurity or not belonging come with the territory of temporary work. It’s imperative that savvy contingent workforce program managers understand this. If we imply that the opinions, accommodations, needs and contributions of talent aren’t important, we reinforce the concept that as temporary professionals, they don’t matter. The unfortunate byproduct is that workers will start keeping their ideas to themselves and stop communicating perspectives that may have led to your next major breakthrough.

It’s Not a Big Deal

When children experience difficulties that adults view as trivial, parents may say, “It’s not a big deal.” Experts agree that the intentions are pure — parents are trying to help calm their kids and persuade them to overcome the problem. The reality is that this tactic usually has the opposite effect.

Redbook quotes Rebecca Schrag Hershberg, Ph.D., director of early childhood training at Ramapo for Children: “Even if something isn’t a big deal to you, it can be a big deal to your child. Telling them that it isn’t invalidates and shames them for their emotions. Not only are they then upset about the original issue, but they’re ashamed or embarrassed about how upset they are on top of that.”

We have no reason to assume that similar dialog wouldn’t have equally damaging consequences for our contingent talent. Perhaps a worker with a slight physical disability requires certain accommodations. That might not seem urgent to a program manager who doesn’t share the same condition. Yet, assisting the worker is imperative to his or her performance. Effective leaders can’t shrug off the request, insinuate its lack of priority or say, “I’ll get around to it later, it’s not that important.”

A better course of action is to listen to the worker. Try to see the situation from his or her point-of-view. Collaborate on how to meet the needs in a way that makes sense for everyone, including the client. And then work to resolve the issue. When talent see their managers taking steps to facilitate their needs, morale, confidence and engagement will soar.

Bobs, in both contexts, can be great guys. They can serve as excellent mentors, trainers and support partners. Talent can always learn something valuable when a Bob joins the team. Issues arise, however, when leaders, like parents, trot out this old line: “Why can’t you be more like Bob?”

“Highlighting a sibling rivalry is a great way to create emotional distance and competition between your children,” Matthew Jones writes. “Showing favoritism isolates each person — even the one who gets praised.” The same truth exists in a contingent workforce program. The boon of complementary talent lies in the name: they complement internal teams to drive greater levels of productivity and output. Cooperation, collaboration and shared values are paramount. Yes, identifying high-performing workers and their behaviors informs the creation of amazing job descriptions and performance models. However, anonymity is best in this case. Bob can be rewarded after his annual review.

Singling Bob out and holding all other talent to an impossible standard will destroy the unity of the group, disrupt the project and even alienate Bob, who now feels like a pariah — essentially punished for being overly competent.

For contingent workforce program leaders, the situation can become more complex when Bob is an internal employee of the client. A better method is to get Bob’s expertise on the team, if possible. The success of the endeavor is shared among all members. Everybody wins because each person had a specific skill to contribute. Bob becomes a coaching figure without being isolated as such. He gains pride in his role, demonstrates his own leadership capabilities for future growth, and remains a part of the group — not its competition.

Why Do I Have to Tell You Everything 100 Times?

Whether raising kids at home or overseeing a contingent workforce program, the answer to this, psychologists say, is cut and dried. If a leader feels that his people are tuning out and not following instructions, the fault probably lies in his or her communication style. When contingent workforce program managers believe they’re confronting this hurdle, an effective solution is to consider how they impart directions and orders. Are they clear? Do they make sense? Are they aligned to the mission of the project? Is it evident that talent understand, and did you ask them?

To avoid the 100-times dilemma, make sure to deliver the details to all workers involved as a group. Allow everyone to ask questions and discuss actions. This open dialog will ensure that your talent understand their assignments. As we’ve talked about before, designing an engaging onboarding experience can prevent confusion before the actual project begins.

“Children whose parents think they’re God’s gift to the world do tend to outshine their peers — in narcissism,” writes Charlotte Hilton Andersen, quoting Brad Bushman, co-author of a study on child development and professor of communication and psychology at The Ohio State University. And narcissism is a real issue in today’s business environments.

For contingent workforce program leaders, contributing to narcissistic tendencies in talent isn’t the only stumbling block. Telling workers they’re perfect also builds up insecurities, according to psychologists. Top talent may start avoiding situations in which they perceive less certainty of success. They worry about failing and not living up to the extreme expectations managers have unintentionally set.

The better alternative is to be present and involved in the work. Encourage talent through positive reinforcement rather than exaggerated praise. For example, at the conclusion of a difficult undertaking, contingent workforce program managers could achieve greater results saying: “That was one tough project. You worked so hard to figure it out and deliver. I knew you could do it if you kept trying.” The secret lies in building self-esteem, not doling out overused affirmations.

Future-proofing our businesses and our talent requires a commitment to evolving workforce development and training programs. Leadership, and the nature of its practice, will determine employee engagement or disengagement. This is crucial for contingent workforce programs, where projects are critical and time-sensitive. In today’s workplace, collaboration fuels success. People who are empathic and socially aware emerge as the best collaborators. They also make up savvy leadership. And this mirrors precisely what psychologists find when they study highly effective parenting techniques.

Len is a successful serial entrepreneur that is helping organizations acquire top IT, Engineering, and Professional talent using VMS and MSP programs. Clients benefit from his keen understanding of building high-performance teams and his 30+ years of proven business acumen.
Based in Montreal, Len started his first company in 1980…. View full profile › 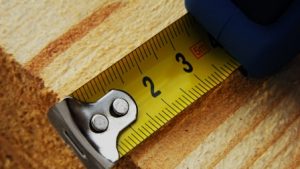 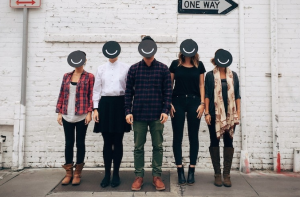 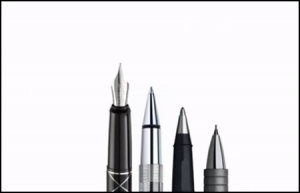 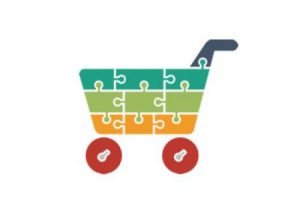 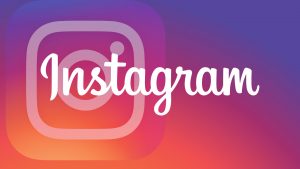