A couple weeks ago, Pew Internet released another great report detailing social media use in 2021. I recommend taking a peek at the whole report since it outlines many demos around who’s using which platforms. 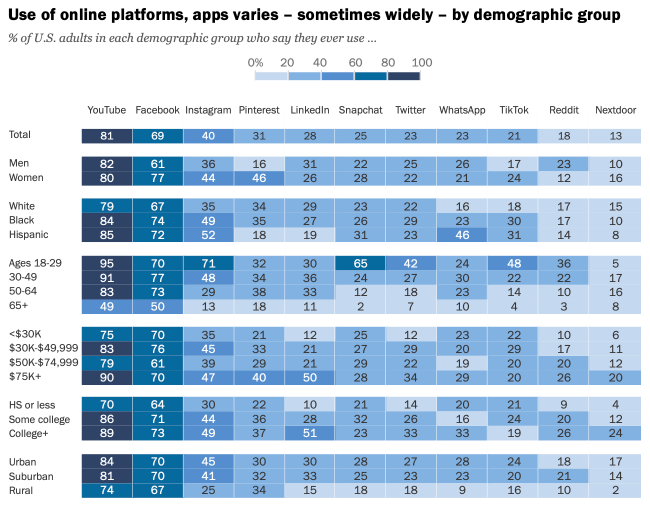 However, there were some surprises in the data. And I wanted to highlight those and discuss the implications for brands.

As I mentioned above, there’s a pretty big age gap on Twitter these days. 42% of 18-29 year-olds use the platform now vs. just 18% of 50-64 year-olds. Maybe I shouldn’t be surprised by that–but I am. Younger folks are spending so much time on YouTube, Snapchat and gaming platforms, I just figured they didn’t have time for Twitter. Guess I was wrong! Now, the bigger question is why and how are they using it. My guess: News. And entertainment, of sorts. Gen Z doesn’t watch TV, or read the paper. But, they can get their news on Twitter. And, they can follow their favorite sports teams, brands and celebs there, too.

Not by a wide margin, but Pinterest does (slightly) lean rural–34% rural vs. 30% urban. Surprised? I was. And, to be honest, I’m not sure what to attribute this to. But, for brands, this opens up new thinking. No, Pinterest isn’t just millennial women living in downtown condos planning their next vacation to Bali. It’s also for folks living in small towns in southern Iowa, who might be using it to dream and inspire themselves.

Despite all the hand-wringing about Facebook dying among younger folks, the stats tell us 70% of 18-29 year-olds are still using Facebook. Now, that number is down from recent years, but 70% is still a pretty darn big number. If you’re targeting young people, you would certainly pay attention to a social network where 70% of those young people are using it, right? Facebook isn’t dead yet for college kids and 20-somethings!

Pew stats tell us a decent chunk of Nextdoor users are college-educated (24%) and making a decent amount of money (20% make $ 75K or more). That doesn’t exactly jive with what we hear about Nextdoor–it’s really just our crazy neighbors or stay-at-home parents. Instead, it appears there are a lot of people on Nextdoor that are upwardly-mobile adults. That may change the way you think about Nextdoor from a social media marketing perspective. I’ve been arguing for a while, Nextdoor is a great way to get in front of a very engaged and vocal audience–neighborhoods. 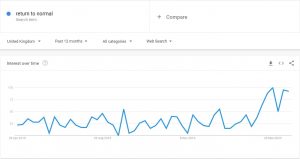 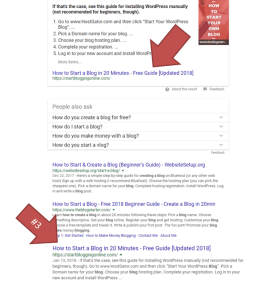 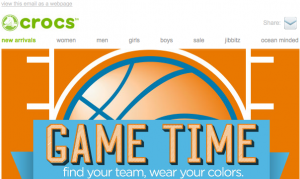 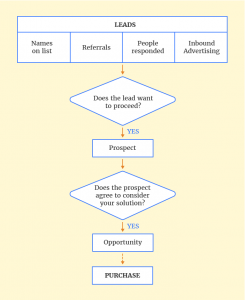 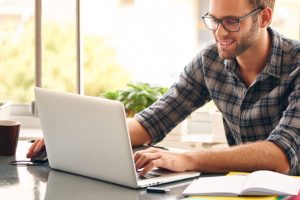