Imagine there is a new, hit show on TV. You’ve vaguely heard about it, but you haven’t seen it yet and you’re not sure if you will.

One day, you’re in line at the bank and the person in front of you is raving about how talented the leading actress is. You make a note in your head to watch the show, but you don’t add it to your DVR quite yet. The next afternoon, your friend won’t stop talking about the show at lunch. Now you just have to check it out.

The stranger might have pushed the program to the front of your mind, but it was your friend who actually convinced you to move from consideration to action. The same process applies to nonprofits.

Prospects are more likely to become donors if they’re encouraged to do so by people they know.

That’s why it is absolutely a must that your organization leverages your current donors to access new donors. How can you do that? Well, you can start with the three social media-based tips listed below.

#1: Ask Loyal Donors To Crowdfund On Your Behalf

If you’re launching a crowdfunding campaign, you’ll want to gather a group of your loyal supporters to begin to promote and campaign on your behalf. Peer-to-peer fundraising is titled that way for a reason.

You’ll be able to carry out your own promotions, but if you want to go far beyond your own network, your campaign will need to lean on current supporters for additional marketing and organic word of mouth.

Reach out to the social influencers from your donor pool to get things going.

The top 5% of your social influencers reach 85% of your entire network reach. They’ll be able to make a difference that your organization would not have previously thought possible.

This all ties into social media because that’s the stomping ground for crowdfunding campaign growth. Peer-to-peer campaigns live by their ability to be shared and passed on through social media sites. That’s how many new donors find these campaigns to donate to in the first place.

Perform a prospect screening of your donor list to discover the various valuable relationships that your donors have from social to business affiliations. That can be your launching point for determining which donors’ social networks will be the most influential in increasing your nonprofit’s visibility among high-value giving candidates.

We live in a peer driven culture.

There’s the famous anti-peer-pressure question, “If your friends all jumped off a bridge, would you?” Of course the answer is no. But what if all of your friends booked a trip to Hawaii? Would you go? Yes, if at all possible, yes.

Peer-pressure, though occasionally harmful, can be a good thing. Its power just needs to be in trustworthy hands. Nonprofits are the perfect candidates to use peer pressure for all the right reasons.

If all of your friends are donating to the same nonprofit, would you donate? Definitely. That’s groupthink at its best.

At end of the donation process, give people the opportunity to post their gift to social media. Everyone wins.

The donors get to share their good deeds and your nonprofit gets a promotional push.

You can also go a similar route and post thank yous to specific donors on your organization’s Facebook and Twitter pages. It’s a creative acknowledgment method that builds your nonprofit’s visibility among that donor’s friends and followers.

Just like one friend seeing that another has donated can help drive donations, so can participation in events.

Certain fundraising events are more social media friendly than others. 5Ks and various a-thons (walk, swim, dance, etc.) feel like they were made to be promoted on Facebook and Twitter, for example.

If you have such an event in the pipeline, make a big push for it on social media. Set up an event page on Facebook for participants to RSVP and talk with one another. Tweet out reminders and updates leading up to the day of.

Coincidentally, most of these social media compatible events are also crowdfunding compatible. The more invested your organization gets in donor acquisition through social media, the more you’ll see these moments of strategies crossing and feeding back into one another.

You cannot find that level of interconnectivity anywhere else but the Internet.

A recent study found that social fundraising has increased by 32%. That kind of increase changes the fundraising world that we live in and the rules that go along with it. Never before have donors had such an easy method of sharing their charitable interests with large groups of people.

Keep up with your traditional acquisition efforts, bring in the sway of your current donors’ social media presences, and multiply your expected donations in no time. 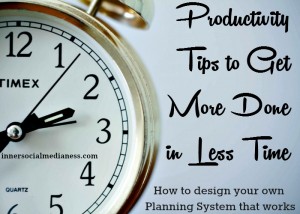 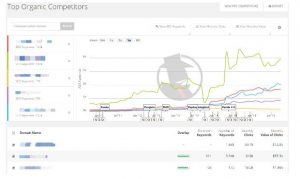 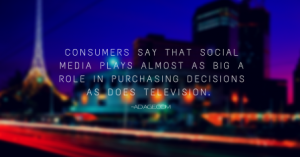 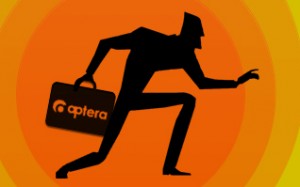 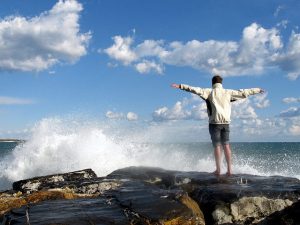