Why Are Social Media Companies So Awful On Twitter?


OK, let’s lay it out: this one’s going to be a rant. Mostly. There hasn’t been a rant for quite a while, and that’s a lot of keeping it in.

Today’s Ginger Stepchild (apologies to gingers; us anglo-saxon mouse types are just jealous!) is Social Media Companies On Twitter. And specifically, how far too many of them embody everything that’s wrong with social media (Twitter particularly) much of the time.

But first, a little backtrack. Before throwing any stones, let’s examine our own glass house.

Before saying anything about anyone else, it’s only fair to discuss the small matter of the @rosemcgrory Twitter account. This always makes for a fun and thought provoking discussion with our clients, who once in a while ask us in a training session something like “how much business do you get from twitter?”.

So, here are some facts about us on Twitter.

1) The account has to be there; it also has to be active, and have a respectable number of followers. That’s because sometimes, it may influence the decision of potential clients who don’t yet know how to evaluate the use of social media in particular environments, about whether to contact us. That’s fine, of course we need to be “walking the talk” – even if the actual purpose of the account isn’t what they think it is.

2) In almost 6 years of business, we have got almost zero business directly from Twitter. The people who need our help are either not yet using Twitter actively, and / or do not choose it as a place to go when they’re looking to commission training or strategy services. Again, that’s fine; we get that, and one of the first things we’d urge any company whose primary driver for being on Twitter is “direct generation of leads” to do is have a long hard think about whether that’s realistic for their customers in their market.

Fortunately for us we know where our clients do go, and we have that covered (and no, we aren’t telling, sorry!). And we’ve worked with, and continue to work with, many clients for whom that isn’t the case, and they are able to see real ROI (in various forms, depending on their own objectives) from being active – so this isn’t really a moan about Twitter per se!

3) But….the quality of available content and discussion on Twitter in our particular industry segment is pretty much dreary on a good day. On a bad day, it’s will-to-live-sapping, depressing, enough to put you off of all forms of social media forever.

And it’s #3 that’s grinding my gears today. Now because of Numbers 1 and 2 above, there’s the odd time where we do things that we might often advise our clients not to do. Repeating content a little too often, having longer than ideal gaps between activity, or being a little too self promoting. But we do try. We try to always keep in mind that, in amongst those thousands of “need ’em but don’t read ’em” followers on our account, are folk that genuinely have an appetite for our blog articles and thoughts, and respect that accordingly. So that means not blowing up their timelines with endless self promotion, or low grade links to repetitive, poor quality or uninteresting content.

The same can’t be said for a depressingly large number of companies in the social media field. This morning I made one of my rare forays into “what’s going on on Twitter industry-wise”. I hoped to stumble over one or two new accounts to List (not follow; anyone who thinks we’re reading the tweets of our 2k+ followees is kidding themselves badly – and that goes for anyone who’s following more than a couple of hundred accounts. The Listed people get the love, and they’re almost always private lists!).

Here’s what I found. Just a little sample of the timelines of those accounts which come up on the first page when you search “social media” on Twitter (click if you need it a little larger to read!)

I’ve removed the account details because this isn’t about starting a war with any specific Twitter user. But, really? On one, endless self promotion. The second, pointless auto-generated spam that nobody in the whole of time ever cared to read. The third, carelessly put together content without any regard for the Twitter character limit (most likely auto posted to multiple platforms from third party software).

Of those, one account apparently belongs to a “Forbes Top 50 Digital Influencer”. Another has over 30,000 followers – presumably of the kind who never actually read their timelines. All were from a 2 minute perusal of the accounts that Twitter’s own algorithm thought worthy of putting on the first page for my search results – so there’s another issue, right there.

There are a few good accounts out there, but they’re mostly the superstar Mari Smiths and Jon Loomers, or companies like Mashable with colossal resources behind their accounts. The mid tier of “OK” users has a high proportion of retweets from those accounts and a handful of others. There’s almost no originality or personality to be seen anywhere.

I know, most social media company Twitter accounts are just playing the game. Cranking out a load of content into an internet black hole, following back enough other accounts to bump up our numbers but without any intention of reading them.

But if we as social media professionals can’t show some appreciation of those “real” people we want to be reading our accounts, and maybe even throw in a bit of actual personality once in a while, how can we help our clients to? Used well, Twitter is a fantastic tool that opens up great possibilities. Used lazily and thoughtlessly, it becomes a merry-go-round of users doing almost anything but engaging meaningfully with anyone else. It’s time we all took a stand against that. 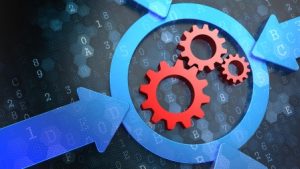 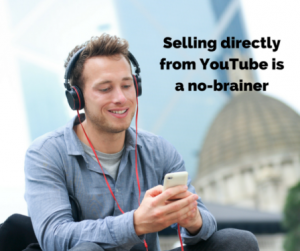 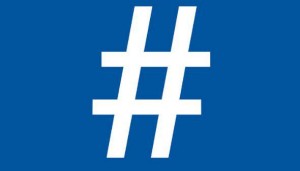 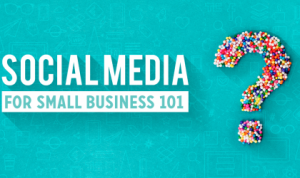