The Opposite Of Omni-Channel: Target’s Ecommerce And Customer Service Failure

One of the major buzzwords in retail is “omni-channel.” The notion behind that overused term is the delivery of a consistent brand and shopping experience across channels: online, mobile or in store.

According to the omni-philosophy, traditional retailers are supposed to be breaking down the walls between their “.com” and actual store experiences for the benefit of both: buy online, pick up in store; view in store, buy later online. Give the customer the shopping experience he or she wants and now expects. As a practical matter, “omni-channel” is driven by the rise of mobile and to some degree the notoriously fickle Millennial shopper.

Most top 50 traditional retailers in the US say they are pursuing some version of an “omni-channel” strategy. Unfortunately, the reality almost never matches the press-release rhetoric.

A particularly egregious example of this comes in the form of a recent personal e-commerce experience with Target. It’s effectively a case study, a tale of Byzantine organization, perfunctory customer service and social media impotence – with failures at every point of customer contact.

Our story begins in late November when I decided to buy a home treadmill. After roughly two weeks of online research, I decided upon the Proform Pro 2000. In some places the unit was selling for over $2,000 but I found it on Amazon for $1,299 (it’s now for sale on Proform.com for the same price).

I did some additional searches and discovered that it was selling for $999 on Target’s eBay store. Given that price, I was concerned it was a used or refurbished model but it was sold as new (below is the actual listing). This was by far the best price I found online.

I assumed it would equally be available from Target.com for the same price. But I was surprised to discover the identical model selling for $1,000 more ($1,999) on Target.com. Below is the Target.com listing for the same treadmill, priced at $1,999.

I couldn’t pass up the $1,000 “discount.” So on December 2, I bought the treadmill from Target’s eBay store. I assumed that it didn’t matter whether I bought it from the Target eBay store or Target.com and that both channels were equally supported by Target the parent company.

How wrong I was. Driver Refused to Unload the Treadmill

On December 8, a delivery truck showed up at my house. The driver didn’t have an assistant and complained that the treadmill was too heavy (roughly 300 pounds) for him to unload by himself.

When I offered to help him he declined and refused to take the shipment off the truck. I asked him, “what am I supposed to do?” He said I would have to make another arrangement with the shipping company.

That evening I received an email claiming that I “had refused shipment” and to contact the shipper, which I did promptly. I explained what had actually happened and said I still very much wanted the treadmill.

I upgraded the shipping to inside the home, which would reportedly guarantee two people to deliver it, and rescheduled delivery for December 11 between 1 pm and 5 pm. December 11 turned out to be the date that hurricane force winds and rain were supposed to hit the SF Bay Area where I live. Schools were closed and people anticipated a dangerous, major storm.

I thought it wasn’t going to be safe to be carrying 300 pounds of treadmill down two flights of slippery exterior stairs. So I rescheduled delivery for December 17 between 1 pm and 5 pm. All this was verbally agreed on the phone and confirmed in email.

Cut to December 17 at 3:15 pm local time. Two hours into the delivery window, I called the shipping company just to make sure that things were still on track. I was told that not only was the treadmill not going to be delivered, it had been sent back to the warehouse in Indiana.

Needless to say I was surprised.

The supervisor I was speaking to couldn’t piece together exactly what happened. I became progressively more frustrated in our nearly hour-long conversation as it became clear precisely how incompetent or indifferent the employees of this shipping company were. This is what might be called a “last mile failure.”

“There’s Nothing We Can Do”

I had done everything I could on my end. However the staggering ineptitude of Target’s shipping contractor had prevented fulfillment.

After admitting their failure, the shipper said there was nothing more they could do and told me to take it up with Target. I immediately contacted Target customer service in Minneapolis (it was about 7:30 pm Eastern). After telling my story, the customer service rep. (CSR) got the shipper on the phone with the two of us to determine what happened. I was treated to another cocktail of defensiveness and indifference.

We got off the phone with the shipper and the Target CSR tried to help me. But when she discovered that I had purchased the treadmill through the Target-eBay store and not Target.com she said she couldn’t do anything for me.

She was perhaps the one person in this entire sequence of events who genuinely tried to help me but the back-end structural separation of Target.com and Target’s eBay store didn’t allow her to address my problem. In addition, she probably didn’t have sufficient discretion to go beyond the few basic customer care moves she had available to her. She wasn’t even able to issue me a coupon or other compensation for my inconvenience.

She then told me I’d have to contact the Target-eBay store in the morning since customer support was closed for the evening. I did that, still optimistic that I could get the treadmill I had paid for albeit a few weeks late.

The next morning, before I launched into another monologue about what had happened, I asked the Target-eBay store CSR who answered the phone whether she worked for eBay or for Target. She said she was a Target employee based in Minnesota. Target’s headquarters are in Minneapolis, Minnesota.

I proceeded to recount what had happened as succinctly as I could. She “discovered” (though I had already told her this) that the treadmill had been sent back to the warehouse. My credit card had simultaneously been refunded the purchase price.

I said that I still wanted and expected the treadmill to be delivered. I asked that it be resold/reshipped to me.

What I Heard Next Was Unbelievable

The Target-eBay CSR said that the item was no longer for sale and not available. I replied, “The one I bought is sitting in a warehouse isn’t it? Can’t you just send that back out.” She said no, “We don’t carry it anymore.”

In real time during our call I looked on Target.com and found that the same machine was still for sale at $1,999. I suggested that they sell me one from their Target.com stock and give me the benefit of the original price I paid. She wouldn’t do it.

I asked if the Target-eBay store was owned by Target and she said yes but that it was separate from Target.com. She was either unable or unwilling to do anything further. This is the stuff of satire.

There was no attempt to mollify an incredibly frustrated customer who was trying to spend $1,000 (or get the benefit of a $1,000 purchase already made). She didn’t make an effort to help or compensate me. She just wanted to get rid of me and get off the phone. There were no coupons, no deals. Her apology wasn’t even genuine. I let her go.

Social Media Team to the Rescue — or Not

Following that tweet, one of the folks on Target’s social media team quickly responded: With that I felt some relief. These people clearly get the relationship between customer service and brand perception I thought. I assumed I would receive some sort of help.

In an email, as instructed by Target’s social media team, I laid out the chronology of events in detail, supported by screenshots of receipts and email exchanges with the shipper. This morning, however, I received the following response: Once again, because I had not bought this on Target.com there was simply nothing to be done. This is the siloed corporate mentality on full view.

There was no attempt make good on my original purchase, which Target failed to fulfill, or do anything else. Both Target.com and the Target-eBay store are owned and operated by Target, yet Target shunned its eBay store.

Notwithstanding my personal involvement, I see this episode as a breathtaking e-commerce and customer service failure. It exposes the vast chasm between high-flying retailer rhetoric and typically inept execution.

The following are what I believe are the key takeaways from this “case study”:

Despite all the data and survey based evidence in favor of strong customer service, most companies still only pay lip service to it. Customer service organizations are still frequently regarded as a “cost center” rather than as ground zero for the brand’s reputation.

Good customer service builds loyalty, repeat business and profitability. Think about how Zappos built its business, around great customer service. Customer service reps need to be empowered to solve legitimate problems and given incentives to do so. Clearly none of that was happening here. 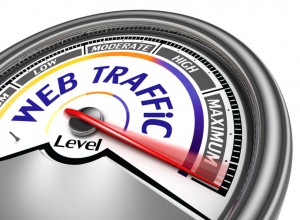 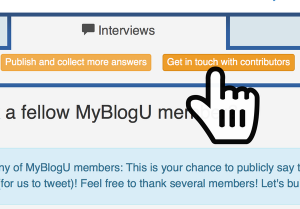 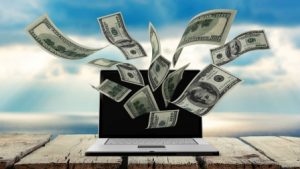 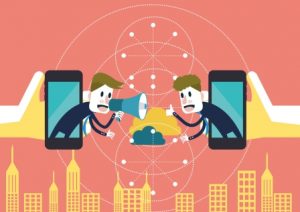 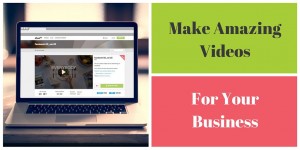 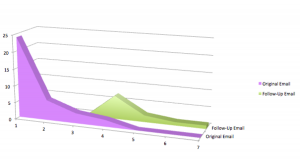