RadioShack lost its focus and pursued a path where they had no significant advantage in a highly competitive field. In other words, RadioShack’s strategy was the wrong one.

The company fell into the “Large Market” trap. The same trap many entrepreneurs fall into. We see it on Shark Tank, I see it in strategy discussions in large companies. What is this trap and how to escape it? read on…

RadioShack was a great company.

Founded in 1921, the company almost lasted 100 years. Back in the day, RadioShack was a very successful retailer. It had thousands of stores across the U.S. and billions of dollars in revenue. They helped propel the computer revolution with the Tandy TRS-80.

I remember visiting RadioShack with my dad many times to buy rechargeable batteries, CB radios, home timers, intercoms, shortwave radios and many other gadgets. In a way, it introduced me to ‘cool’ technology.

The problem with these technologies is that they become mainstream. When they do, prices go down, distribution goes wide, and it’s time to find the next innovation. RadioShack lost the computer battle to Commodore, and later Apple. In the mid 90’s the company was peaking. It was time to find a new growth strategy.

I can visualize the discussion in the board room: ‘The electronics market is huge. We only need to capture a 5% share of this market to be successful and grow again. We should sell computers, TVs, and other electronics“. This is the trap.

se it is a large market and a large opportunity, it is tempting to think that it is easy to get a small share. You may have heard an entrepreneur on Shark Tank say ‘the market for health snacks is X billions of dollars and growing at Y rate. if we only capture 1% of this market, we will be rich!’.

RadioShack also fell for the margin trap. Wireless carriers make a lot of money from each customer over a few years. My wireless bill is about $ 200. In two years I will have spent $ 4,800. These wireless carriers have factored a high cost of customer acquisition. This means they can pay very high commissions for new contracts. Higher than the average margin for a high-end electronic. Very tempting.

So, RadioShack chose a strategy to compete in electronics and to sell lots of wireless plans.

On February 2, 2015, the company was de-listed from the stock market and Bloomberg reported RadioShack was in talks to sell half of its stores and close the other half. Most of these stores were sold to General Wireless, who operates Sprint stores withing the stores.

The Flaw in RadioShack’s Strategy

It’s easy to ignore the fact that large markets are also the most competitive. These opportunities were not exclusive to RadioShack. They found themselves competing with Best Buy, Amazon and WalMart.

On the wireless front, RadioShack competed with electronics retailers but also with over 10,000 stores operated by the wireless carriers themselves, and thousands of shopping mall kiosks and small retailers.

RadioShack competed with higher prices and less selection. They were in a large market, true, but a very competitive one. RadioShack was competing without a competitive advantage. Circuit City and CompUSA were already casualties of a competitive war. Being in the battlefield does not mean you have a path to victory. RadioShack needed a strategy that was built on their competitive strengths. They forgot to give customers a reason to shop at RadioShack.

And then, in an effort to turn things around, RadioShack purchased a SuperBowl ad.

The ad was awarded as one of the best ads. It was funny. It was at the top of viewers’ favorite ads. Yet, it did not offer a reason for viewers to visit a store. It did not tell viewers why RadioShack was better or how it was different from other electronics retailers. “It was kind of a waste of money…. Yes, it’s clever but people aren’t going to go out and buy anything because of it” said Michael Pachter, analyst at Wedbush. (read more about the effectiveness of SuperBowl ads on this link)

The ad was just lipstick on a pig. Marketing cannot fix a failed strategy. Superbowl ads, social media campaigns, content marketing and big data cannot fix a bad strategy. A company needs to offer customers differentiation based on what customers value and what the company can do better than anyone else.

The Lesson from RadioShack’s Strategy

What could RadioShack have done differently?

They had a great opportunity to focus in the area where their brand was the strongest: with the tinkerers, the explorers, the DIY crowd. That is what made RadioShack a great brand in the 80s. They had a strong competitive advantage there. There is no other retail store that catered to this customer segment, which is not very price sensitive and is very different from the broad market that WalMart, Best Buy and Amazon serve.

They should have owned the market for drones, smart home, IoT, DIY electronics, solar powered anything, robotics, 3d printers, etc. Basically, anything you see in MAKE magazine. RadioShack could have satisfied the need for a place where you can build anything, imagine anything, create anything. Want to build a solar car for your school project? go to RadioShack. Want to invent a new smart home appliance? go to RadioShack.

But no, they tried selling computers, TVs and cell phones. Just like everyone else. Because it was a large market, and it seemed like the largest opportunity.

The result should be a lesson in strategy and focus for businesses of all sizes in all industries. Strategy is about focus. Focus is about giving up. Be the best in what you do best, and give up everything else. 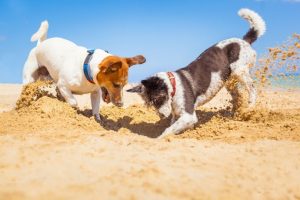 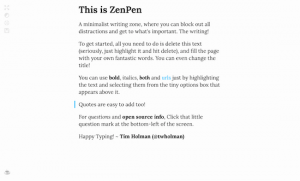 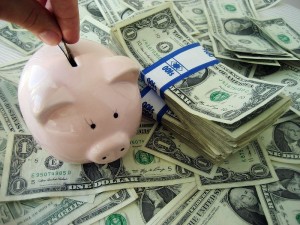 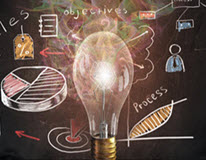