Done right, optimized mobile forms can deliver more than an increased conversion rate: They can become a competitive advantage—a reason users choose to fill out a form on your site.

It’s not hyperbole. Consider the number of interactions it takes to book a room on Hotel Tonight compared to its competitors, something Luke Wroblewski highlighted in his talk on mobile design:

“Booking a hotel happens in 3 taps and a swipe. This is a competitive advantage,” claimed Sam Shank, the CEO of Hotel Tonight.

For Hotel Tonight, the solution to mobile-form optimization was to “ruthlessly edit. Even when you have the slimmest funnel, cut again.”

Reducing form fields usually works, but, like every “best practice,” it’s not a guarantee. (Indeed, there may be times when increasing form fields boosts conversion rates.)

What follows is a mobile-specific framework for form optimization:

(If you’re new to form optimization, start here. If you really want to get into the weeds, consider Tom New’s course at CXL Institute.)

1. Key differences between the mobile and desktop UI

1. Aspect ratio. About 80–90% of smartphone use occurs in portrait orientation, which makes width a precious commodity: There’s more vertical space, and vertical scrolling is more intuitive.

In addition, of course, the screen size is smaller compared to tablets and desktops, making it less likely that your entire form will fit on the screen without scrolling.

2. Touchscreen navigation. There’s no mouse, and smartphone users with a stylus are in the minority. A touchscreen places added demands on the size and spacing of elements. It also means that there’s no hover state in which to add helpful information.

3. Limited keyboard. Smartphones have a limited keyboard—and an inconsistent one. Those factors justify careful consideration of which keyboard to show for which field and whether to enable (or disable) automated functions, like auto-capitalize.

These UI differences add to existing challenges—mobile users already represent a hurried, less-tolerant segment of users. Mobile conversion rates still lag behind those on desktop devices, though the conversion gap continues to close on segments of traffic, like email.

In a previous research study, we found that single-column forms enabled faster completion compared to multi-column ones:

In our internal study, survey participants completed the linear, single-column form an average of 15.4 seconds faster than the multi-column form.

That gap in time-to-completion is almost certainly greater on mobile devices, which prioritize vertical scrolling.

Multi-step forms have the potential to eliminate scrolling entirely by fitting each form section within the smartphone window. They have added benefits for long forms:

Multi-step forms come at a cost, however: Every step requires another page load—and load times may lag if your visitor doesn’t have a great connection (whether they live on a farm or pass through a subway tunnel).

A 16px font size is standard for body copy on mobile devices. Smaller (or larger) font sizes may cause issues, especially for those with visual impairments.

An NNGroup report on sizes, based on research from MIT, offers caveats for text elements that require only a brief “glance”—one to two words in isolation, like “Phone number” or “Street address.”

Small buttons risk imprecision on the part of the user or the device. Touch-targets for mobile devices have minimum size recommendations. Per Steven Hoober, the minimum size grows larger as the target moves away from the center of the screen, where user taps are most accurate:

Touch-target sizes should increase with the button’s distance from the center of the screen. (Image source)

As far as padding between touch targets—again, not the visible buttons but the invisible touch targets surrounding them—Material Design guidelines recommend a minimum of 1.3 mm.

Since filling out a form is less convenient on a mobile device—keyboards are smaller and partial, touch is less precise than a mouse click—the reasons that removing form fields usually works on any device are, presumably, more true for smartphones. (That logic won’t bail you out of testing.)

Some pre-conversion form fields can be moved rather removed:

Account creation. Account creation is a common source of friction that is unnecessary for purchase. “Thank you” pages can help solve that challenge by:

In 2017, Google began demoting “pages where content is not easily accessible to a user on the transition from the mobile search results.” These pages blocked their “main” content with pop-ups, or interstitials, which are often lead-generation forms:

Any form optimization effort that ignores Google’s guidelines risks cutting off a supply of users to fill those forms, irrespective of their conversion rate.

Autofill can save users time if deployed correctly. (Image source)

An option to use the current location or enter information manually offers users choice. (Image source)

Luke Wroblewski refers to dropdowns as a “UI of last resort;” research shows that mobile forms with dropdowns take longer to complete. That’s because mobile dropdowns:

There are other options:

Steppers. A +/– set of controls can be grouped together or separated by the element label. Steppers work well for quantities that have a reasonable upper bound, like hotel or airline reservations. (Site visitors rarely book rooms or flights for more than a few people.)

Segments. When the options are limited, a segmented control allows a user to see all available choices at once:

Sliders. Sliders can be used for large ranges or those with a Min-Max variable:

Date pickers. A calendar picker, rather than a drop-down list of days, months, and years, can reduce the total number of taps. (Unless you’re asking for a date of birth—clicking back decades in a calendar would be an ordeal.)

Notably, Luke Wroblewski’s study found the opposite effect—a single date picker worked better. (Takeaways: Not all date pickers are created equal; users vary; a single study is not immutable truth; the better option is the one that wins a test on your site.)

For added post-selection clarity, consider displaying the total time and days of the week the user has selected:

For large ranges that are a bad fit for the aforementioned alternatives—like a U.S. user’s state—predictive input fields (a form of autocomplete) can quickly narrow down a long list after a user enters the first letter or two.

Field masks can help reduce errors and speed up form completion by displaying the proper format for a response that could have many formats, like a telephone or credit card number:

The field mask displays the proper format as soon as the user enters the field. (Image source)

Masks can also ignore invalid inputs (e.g. a slash in a credit-card number) and reduce the urge to split fields for the sake of data validation (e.g. making a phone number three separate fields). Moving between fields, especially ones with small touch targets, is cumbersome on mobile devices.

Placeholder text is not a replacement for a form label since it disappears once a user starts typing, forcing them to rely on their short-term memory for form-field identification, which becomes more challenging if the field later returns an error.

The condensed space on a mobile device makes easy-to-read field labels essential. The aspect ratio alone (portrait instead of landscape) effectively mandates labels above rather than beside form fields. Otherwise, almost any entry would require horizontal scrolling to see the label and entry field at the same time.

One solution is a floating label, implemented via CSS or JavaScript. The form label initially appears inside the field in larger type (increasing readability while saving space), then migrates above the field (in smaller type) as soon as the user taps it:

Since its release in 2014, HTML5 has allowed developers to define the input type (e.g. “email,” “tel,” “datetime,” etc.) to return an appropriate mobile keyboard when a user taps into the field.

Keyboard types offer obvious (a number pad for phone numbers) and subtle (the inclusion of the “@” symbol for email addresses) conveniences.

Default keyboard types for “tel” and “email” inputs, respectively. Note the inclusion of the “@” symbol for email inputs.

On most mobile forms, users can’t see the entire form; vertical scrolling is necessary to see all fields. That makes real-time, in-line validation—a best practice for forms on any device—more important.

If users need to scroll to the top of the form to see errors, then scroll back down to the specific field, they may get lost or frustrated and give up.

Form autofocus. Autofocus, another HTML5 attribute, highlights the current input field, making it easier for users to see which field they’re working in.

Suggestive field sizing. Sizing fields relative to the length of the anticipated input (e.g. a longer field for a street address compared to a zip code) offers a subtle reminder to users about input expectations.

Disabling the submit button. After a user taps to submit a form or complete a purchase, disabling buttons prevents an accidental click that may cause resubmission or navigate the user offsite before the conversion completes.

Simo Ahava has published several guides on how to track form submissions through GTM, including:

During a recent (statistically insignificant) discussion on form analytics in our Facebook group, Formisimo was the preferred paid option, with an entry point of around $ 500 per month. Formisimo also has a higher-priced enterprise counterpart, Zuko.

Additional tools that track a more limited set of form analytics include Clicktale and Hotjar, among others.

Mobile forms restrict user interactions—there’s no mouse, an incomplete keyword, and a smaller, vertical screen. Those limitations make an intuitive and efficient user experience more important and, at times, more challenging to deliver.

But they also make some choices easier; not every form “optimization” needs to be tested. Delivering the appropriate keyboard for the appropriate field is a clear win. So, too, is a reasonably sized touch target or the use of a field mask to reject invalid inputs. Those UX improvements are an immediate opportunity for all sites, not just high-traffic ones.

Like all online efforts, form optimization is not a static discipline. Newer features like Touch ID, facial recognition, or photo scans of credit cards promise streamlined interactions at a critical juncture that, every year, occurs more frequently on mobile devices. 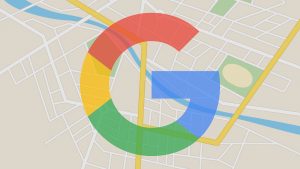 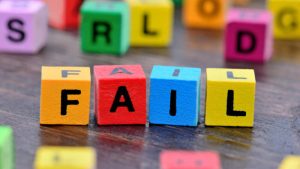 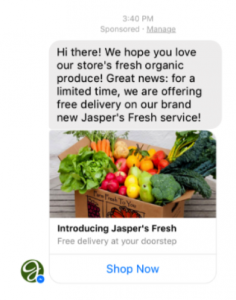 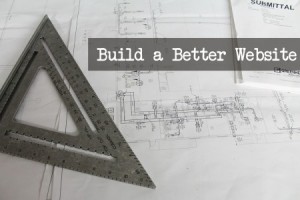 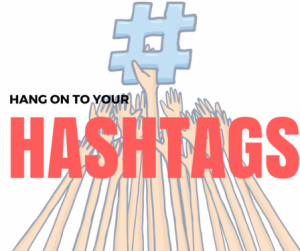 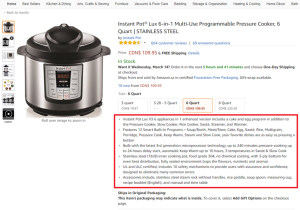