Native Advertising and How to Nail It Right


While many may describe the phenomenon as a specter haunting the world of marketing, do not let that get you down. Business is ever-evolving, as it changes form and keep on adding new dimensions. One of these new dimensions which gained a lot of reputation in 2014 goes by the name “Native Advertising”.

Although a recurring trend since 2014, many are still in the grey about what it is and how it works; confusing the term with just another school of thought for marketing content, field-specialists, marketers and agency executives erroneously use content marketing and Native Advertising interchangeably, which can be considered misleading as both of these terms have their own distinct differences. The latter part of this article will coin down the differences between these two marketing strategies but at first, let us find out what this new term is all about.

Many sites have indeed laid down the notion surrounding Native Advertising differently but for starters, let us learn in the most authentic manner possible.

So, how does it all work? Let us look at the key points one needs to take into consideration:

Now that we managed to set the definitions and the nitty-gritty, let us take this moment to dissect some examples of organizations and how they nailed their Native Advertising ventures right where it matters.

On May last year, Wired issued an in-depth, interactive piece of content on how technology is revolutionizing the concept of advertisement. Being sponsored by Netflix, the article was written by Anthropologist and Culture Expert Grant McCracken, who talked about the “disappearance” of channel surfers in the advent of binge-viewing. Nowadays, it has been observed that Hollywood talents are in fact migrating to the small-screen industry to avoid the risks involved on the bigger screen. Good TV series have created smarter viewers who, in turn, made a scope for developing better TVs and better “chilling” if you know what I mean.

The graphical effect surrounding this article was quite outstanding, given the fact that it also involves a simple sample to make the viewers get more “involved” in the article, along with elaborate stats to prove its point.

Netflix never fails in surprising us even it comes to sponsoring articles. In January 2014, The New York Times launched its sponsored content. The publication, ever since, has become an exemplary venture for the media in regards to presenting Native Advertising.

In August 2014, Netflix sponsored the article titled, “Women Inmates: Separate But Not Equal”, which aimed to talk about many problems women face in prisons and the reforms that are in order, of course promoting the Netflix original Orange Is The New Black. What is astounding about this article is, not only it is rich in content but it is blended with rich images, which demands to be observed, while the auto-play short videos were able to create an aura of empathy for the female inmates within the hearts of the viewers.

SB Nation released “First & Long” which was a sponsored section, featuring six NFL athletes who return to their high schools for summer training. Sponsored by Nike, this has been a different approach from usual Native Advertising. What is appealing about the feature is that it is not exactly an article. Rather, it is a collection of pep talks – each athlete featured in his individual video of pep talk, aimed at encouraging young athletes to keep pushing themselves to their limit in the course of achieving what they truly aspire in their life.

Finally, to lay down the distinction between content marketing and what the cool kids are doing these days. It gets tough to capture the essence of content marketing in just a few words, but an attempt is quite necessary, and of course, desperately in order.

Content marketing is a strategic marketing technique of creating and distributing valuable, relevant, and consistent content to attract and acquire a clearly defined audience – with the objective of driving profitable customer action by changing or enhancing consumer behavior. It is an ongoing process that is best integrated into an overall marketing strategy. It focuses on owning the media, not renting it to the strictest sense and therefore the media itself can be considered as an asset of the company.

On the other hand, Native Advertising goes into renting the media company for a period with the aim of sponsoring richly-devised content to create an interest within the readers. Content marketing is done by the employees of the owning company whereas Native Advertising is done basically by specialist organizations who build content, receiving monthly or annual rents as their revenue.

With everything set and done, we urge you to be the market guru next time you witness someone making an error while explaining Native Advertising, and explain them the difference between the two. 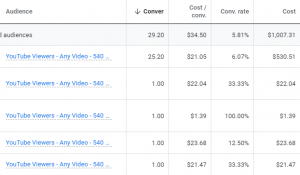 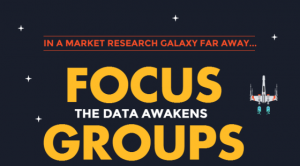 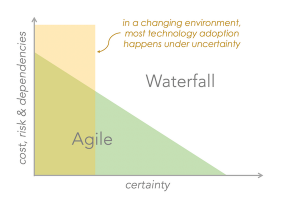 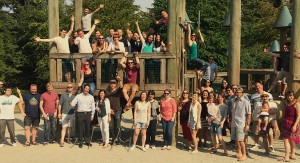