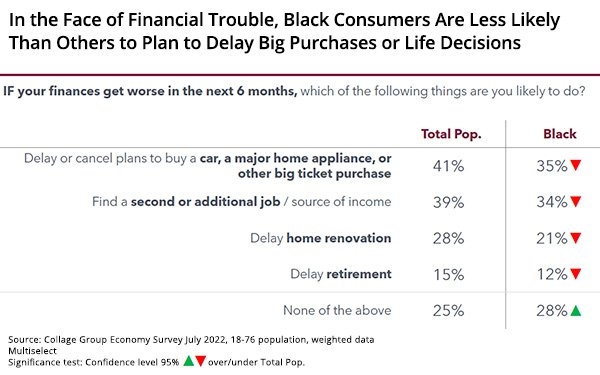 Nearly everyone has felt the impact of inflation, but White and Hispanic Americans are the most concerned about the U.S. economy, while Black Americans are much less concerned, according to a recent study from research company Collage Group.

The Collage Group Economy Survey July 2022 of more than 4,000 Asian, Black, Hispanic, and White Americans focuses on what multicultural Americans expects from brands during this economic downturn. It turns out that the total population of respondents participating in the survey expressed concerns at a level of 58%. White Americans led with 61%, followed by Hispanics with 56%, Asians at 49%, and Blacks at 48%.

David Evans, content, product and solutions lead at Collage Group, warns marketers against politically framing messages that appear in advertisements or social media and search related to the national economy, inflation or recession. It may backfire.

Messaging should focus on directly helping consumers navigate this time by helping with household finances through discounts, availability of credit, and packaging — not the economy, inflation or recession.

“The message should be related to personal finances,” Evans said. “There’s a high degree of similarity in the perception that this is a concern, but it’s amazing how different Hispanic, Black, and Asian consumers are responding in measurably opposite ways about their finances.”

The findings suggest that consumers of different race and ethnic groups are responding very differently. There is no benefit to brands focusing on one message and targeting it to all consumers.

“Platforms no longer allow marketers to target based on race or ethnicity, but they marketers can communicate to consumers by connecting through cultural concerns,” Evans said. “They can tell authentic stories that would make that connection possible.”

Baby Boomers — which Evans describes a “much older and whiter” segment — are very concerned about the U.S. economy compared with the total population. But when it comes to their personal finances, they are not as worried.

The study reveals the extremely high degree of political framing that governs American’s perception of inflation, economy and recession. When you play into the anxiety, there are negative consequences.

Looking at party affiliation, Republicans are showing much higher levels of concern regardless of ethnicity or race.

Black Americans are more optimistic when it comes to the economy. They are also the most religious, according to Evans. “Religious belief in the Black segment is very high, but it’s not broadly part of the study around consumer groups,” he said.

The survey shows that Black Americans plan to reduce buying and spending if their financial situation worsens to a much smaller extent than other groups. For example, 51% said they would reduce the items purchased for apparel, while 44% said they would buy less beauty and makeup products, 43% would cut back on hair care and 42% would limit purchases for skin care. Some 38% said they would buy less expensive grocery items, and 32% would opt for less expensive home-care products such as those for cleaning and laundry.

Black Americans also show above-average brand loyalty in all categories, even when their finances are declining, when asked what items they would purchase as generic products if their finances took a downturn in the next six months.

Hispanics have modified their behavior most based on current economic conditions. Cost-cutting is on the agenda for these Americans, with 31% of Hispanic Americans and 30% of Asian-Americans saying they will be more likely to cancel travel plans.

Some 46% of Black respondents say they are less likely to eat meals out, while 41% say they will drive less to save money. 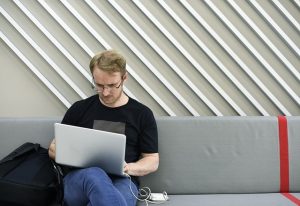 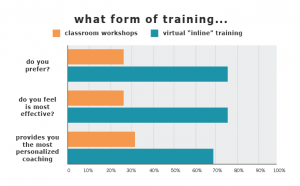 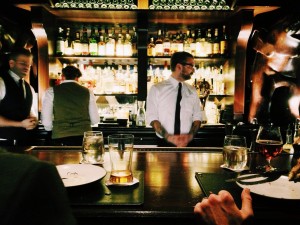 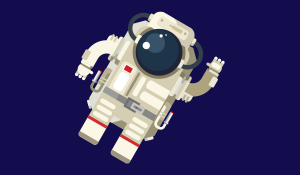 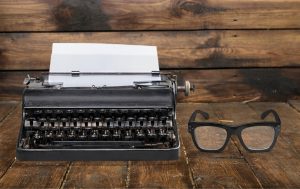 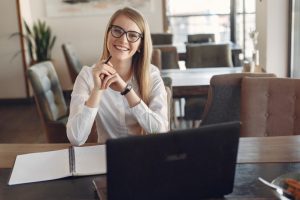