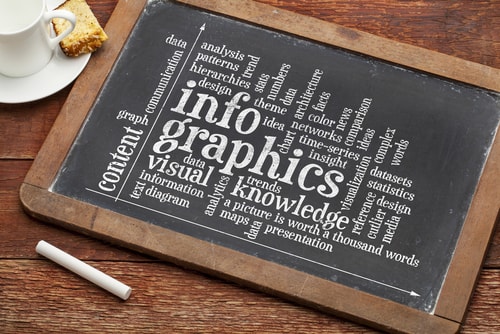 Content is and will be the king; it holds true for any medium – print, radio, TV or social media. One of the trends that we have witnessed in 2014 at Lighthouse Insights (LI) while reviewing social media campaigns, is that the focus on exclusive visual content for the medium has increased.

“Our brains process visuals far quicker than text. Apparently 60,000 times faster. One reason why visual based social platforms are booming,” shared Vinayak Upadhyay, Chief Creative Officer at Digital Law & Kenneth, Saatchi & Saatchi. Whether it be Facebook or Twitter posts, creating memes for promoting a TV show or the emergence of long format videos for the YouTube audience, brands backed by their agencies are putting the money and effort to produce exclusive and rich visual content.

“In India, the land of Bollywood, it’s easy to see how we are all big fans of engaging content/videos stories. We lead the rest of the world in online-video consumption by 21%,” informed Partho Sinha, National Creative Director at DigitasLBi.

The trend is going to get more ground in 2015. LI spoke to the creative minds in the Indian Digital industry to understand how they see the evolution of visual content on social media in 2015. Listed below are excerpts of their thoughts:

The way I see it, media in general has followed a pattern of evolution. It starts being text or information heavy, graduates to minimal visual representation, strikes a balance between the two and finally 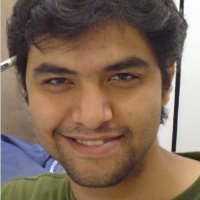 reaches the “A picture is worth a thousand words” stage.

That’s where we are now. Visual content is what’s drawing the attention of an increasingly impatient audience. While increasing mobile (device) relevance is a given, I see visual content moving into a more iconic space. (Akin to press photography during the 80s and 90s.) It will graduate to being a tool for movements, for collective voices in society. The recent #dearneighbour campaign is an indicator of things to come. Mobile will produce some unlikely heroes emerging from striking pieces of visual content generation.

Needless to say, this evolved avatar of visual content will be far more interactive. And brands can only take advantage of this fact.

In 2015, this will only become more evident as social media will get increasingly mobile, with more apps for businesses and consumers to use. From the present 50% of site traffic coming from mobile, it’s predicted that by 2017 two-thirds of all consumption on the mobile device will be video. This, we will begin to see in 2015, with 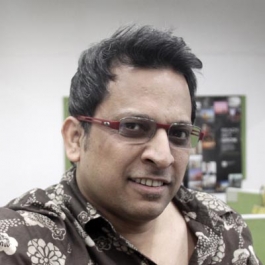 What matters most in visual content are things that relate to people’s lives. We always wanted to see more of our own pictures; front facing cameras fueled our narcissism and ignited the selfie trend which is now a part of our pop culture. What next? We are always looking for the story. 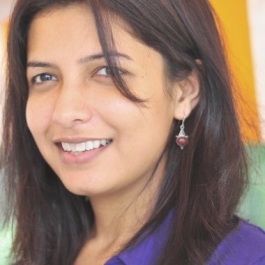 A natural step is to create context around a selfie. I see doodles on Snapchat empowering teenagers to share stories with pictures (most often selfies). That can become a part of mainstream social media, specially for the creators, if the platforms opened up.

Emoting expressions on social media in the form of stickers is going to empower the rest. We are going to be so lazy typing, that I foresee carrying on an entire conversation simply exchanging stickers. I see it happening already with the (< 25 group) in our agency. 2015 is going be an explosive year for visual content.

It’s a platform that supports bite sized communication as well as long formats. A boon for social and commercial storytellers who are no longer restricted by the constructs of television formats. And also, unlike TV, the visual medium in the online space is interactive 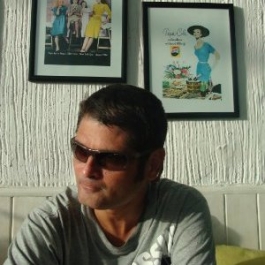 allowing you to participate, tweak, share and do so much more.

Ergo in the last 2 years photo and video friendly social networks such as Instagram, Pinterest, Facebook, Tumblr and Vine apart from the mother hub YouTube have seen ginormous growth in India and across the world. It’s a trend that’s going to influence how humans communicate in future.

I find this ironical, considering man’s first attempt at communication was visual too… remember cave drawings? Who knows what the future holds.

As daily social media consumers, all of us are now drawn to visual content online, in more ways than ever before. Brands have already come a long way when it comes to 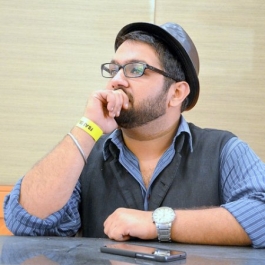 understanding and establishing their original ‘visual language’ on social media, primarily to break the clutter and rise above all brands, especially competition. Brands like to restore their desired ‘context’ in their shared visuals repeatedly. Why so? Well, it’s probably the oldest technique of storytelling from the world of advertising.

Till 2014, in the minds of brand managers and digital professionals, the importance of establishing visual languages on social media was still in its infancy. The internet was built on text and codes, but 2015 could potentially be the year where users shift to consuming and brands shift to establishing unique & original visual languages on social media. 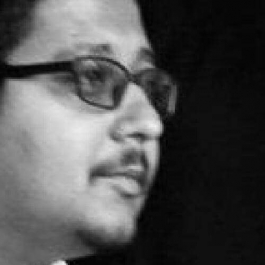 visual storytelling and what possibly would be the future.

Various mediums and formats used for visual storytelling would evolve as Gifs, Time-lapse, memes and Interactive videos. Also we would see the expansion in various platforms, for example the Google News. Audience would see the magic of Art + Technology + Gamification + User behavior and in future should expect Biometric data to be added giving users personalized storytelling.

Wearable gadget primarily Oculus Rift to be used for an immersive experience in visual story telling.

Look forward to Real time storytelling which gets more participative than just being passive viewing. Also users would be now positioned at the center of the action by making them the protagonist. Used widely in journalism and also picked by news networks and portals. Google glasses to give an advantage.

We may see various data driven websites and campaigns that ride on BIG DATA and data visualization. We might see more and more interesting parallax scrolling based websites more stories around things and places never imagined before like the extraterrestrial, dreams, human mind and inner earth.

Seeing is believing – that is how content will be created and consumed in 2015 for digital properties. Brands are already using visual content to engage with their audience. The genres are not restricted to just travel or outdoor brands. 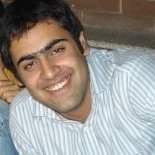 In India, we have fashion brands, sports brands, automobile brands, all of them are turning to visual content to engage and communicate with their audience and also to reach out to a larger community. Gone are the days when just a cheeky or quirky post/tweet would get you engagement.

With mobile devices and social platforms reaching more and more people by the day, user generated content will also see a phenomenal increase in quality in 2015. Brands have already started commissioning projects with their communities and consumers to create content that can be shared with a wider audience. 2015 will be the year of story telling on digital with equal participation from brands and individuals alike.

Visual content will be used to inspire, create aspiration and to tell a more human story of brands.

Pictures – They will still constitute majority of the communication from brands. We can expect a shift from pure play brand related content and more emphasis on engagement, entertainment, infographics 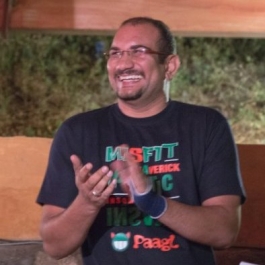 and topical issues. The trick here will be to connect this communication with brand values and identity, creating shareable content.

Videos – The purse strings have to open up for larger adoption. We have seen few brands and YouTube Channels come together (TVF, AIB), where shareable content created by the channels was interesting enough for the brands to ride on. User Generated Content around videos is still a challenge and it might improve with better 3G/4G network. We might see a new generation of video creators, who can create short videos (10-15 secs) within 24 hours around topical issues, at a low cost. Agencies and brands need to look out for this kind of talent.

Good storytelling in 2015 will be all about what we see. If you don’t tap into your audience’s visual needs, you are missing ​out on ​an opportunity to make an impact. I see larger brands getting out of their 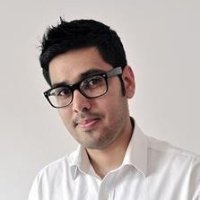 comfort zone & taking a lot more risks with visual content in 2015, because if they don’t, there are emerging disruptive brands who will.

The more visual the communication is, the better chances there are for it to be remembered. Getting creative with infographics, memes, charts, graphs, video clippings or even cartoons to tell your brand’s story will not only differentiate your brand from the rest of the digital noise, but will also engage and provoke strong emotions among the consumers. We will see brands getting creative with video production. In 2015, quick visually oriented social networks such as Snapchat, Instagram and Vine will gain further momentum by taking UGC & spontaneity to another level for the consumer who “doesn’t have time” and Visual content marketing will be explored not as one aspect of social media, but as a channel on its own.

To sum it up in Rishabh’s words: “2015 will be the year of story telling on digital with equal participation from brands and individuals alike. Visual content will be used to inspire, create aspiration and to tell a more human story of brands.”

Do you see any other way visual content is going to evolve in 2015, do share with us in the comments section. 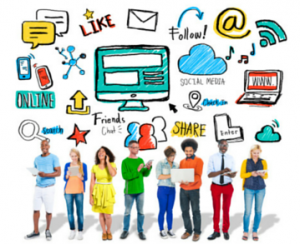 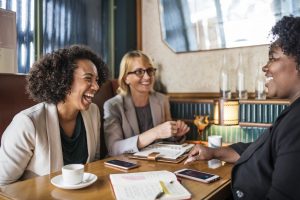 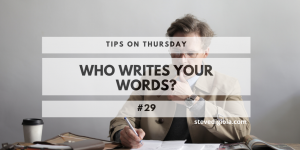 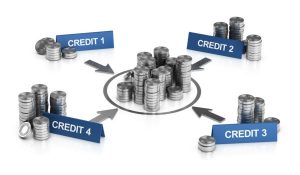 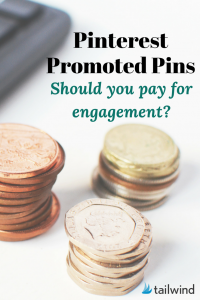