Finding the Advantage in Regulation


In my New York Times bestselling book, Flash Foresight, I shared a proven methodology I have developed and refined over the decades for separating Hard Trends, those future facts that will happen, from Soft Trends, those assumptions about the future that might happen. By learning how to accurately anticipate much of the future before it happens, you can accelerate innovation and competitive advantage.

One of the categories of Hard Trends—government regulations—might surprise you. Whenever a new law is passed, there are both predictable opportunities and consequences. In addition, many new regulations have a form of funding, either in money or tax incentives, to encourage the underlying change the regulation is seeking.

Thanks to the increasing speed of transformational changes driven by exponential technologies, new legislation and regulation will be needed. No matter what any politician of any philosophical persuasion might

argue, we’re going to have more government regulation in the future, not less. This is true for every country, no matter the location, history or prevailing political climate.

Many organizations might react to that news with howls of frustration. That’s because whenever we hear about a new regulation, we look for the things we don’t like about it, and the list is always very long. But for an Anticipatory Organization, it’s far more constructive to approach the new regulation with a proactive attitude as well as an eye toward any game-changing opportunities that may result.

Regulation—Part of Our Past and Our Future

Using the United States as just one example, there was understandably little regulation in place after the founding of the republic. Over time, however, that began to change. For instance, between 1865 and 1900 Congress began to introduce independent regulatory commissions such as the Interstate Commerce Commission. This was founded in response to charges that farmers and merchants were being forced to pay exorbitant railroad rates to ship their products to market.

That trend has done anything but slow down. In 2015, according to one source, the Federal Register reported more than 3,000 final rules and regulations, with thousands more proposed.

It’s true that you can’t predict all of the new regulations a new administration will try to pass, but it is amazing how much you can accurately predict regardless of what party has the majority of votes. For example, will we have increasing regulation concerning cybersecurity? Will we see increasing regulations around rapidly growing technologies such as autonomous vehicles and drones? You know the answer is yes.

In speaking to audiences throughout the world, I often make the following statement: “There will be more government regulations in the future. If anyone disagrees, raise your hand.”

No one ever does.

Given that reality, it’s valuable to consider your attitude toward the Hard Trend of growing government regulation. Even though it’s certain to happen, there’s a good chance you may not like it. You may see more government oversight as nothing more than greater constraint, loss of control and less autonomy.

However, this also underscores another element of my Anticipatory Model and Learning System—the powerful value of using Hard Trend certainties that will let you have the choice of being the disruptor rather than the disrupted. Putting that into the context of government legislation and regulation, on the one hand you can choose to sit back and simply wait to react to whatever new rules are put into place or how they will unfold over time. And as I have stressed for many years, trying to react, no matter how agile you are, will not let you jump ahead with the confidence Hard Trends provide.

The first step, if you don’t already have this in place, is to monitor new legislation and regulation, looking for new opportunities. That way, you can prepare to use any new regulations to your advantage, not just react to them as best as possible.

Here’s an example of a regulatory Hard Trend. The United States Department of Agriculture approved regulations in 2013 that allowed U.S. chicken producers to ship chicken to China for processing. What the Department of Agriculture did not do was pre-solve predictable problems first, another principle of the Anticipatory Model. In this case, the chickens processed in China could then return to the U.S. for retail sales with no labeling requirements.

When you considered the future implications of this regulation, it was easy to have concerns as to the quality and purity of the chickens that would eventually land on consumers’ plates. To that end, I wrote a column in the Huffington Post raising my own worries about the potential health implications.

But rather than merely accepting the situation as a done deal, this example of a Hard Trend government regulation does open up some significant opportunities. For instance, if your organization is in the food industry, wouldn’t it be prudent to market the safety and purity of your own protein-based products, whether domestically raised and processed poultry or another alternative such as meat and fish? If you produce equipment related to food safety, could it be marketed to food producers as a tool for better food processing and, in turn, offer a higher-quality product than suspect competitors from overseas? Further, could you have seen the potential impact of this new regulation coming, thus preparing to act either to pre-solve the problem or to use it to your advantage in some other way?

The bottom line is that government legislation and regulation provides hidden opportunities that become visible when you have an anticipatory mind-set versus a reactionary mind-set. By anticipating both problems and opportunities from new government guidelines—and from there, identifying ways to leverage those new rules—you can be a government regulation disruptor rather than just the disrupted. 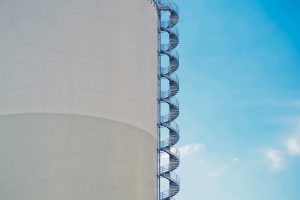 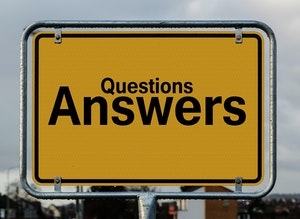 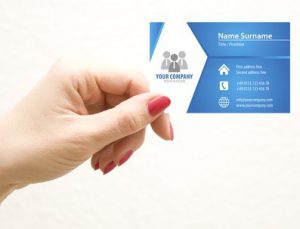 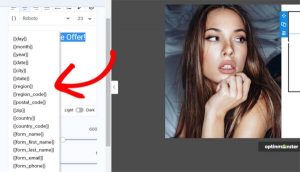