The Case for Using Your QBR as a Pre-Mortem


Hindsight is 20/20. When a project fails, or a sales team has a bad quarter, there are always people that say they saw it coming. But these people never speak up in time.

A pre-mortem turns that hindsight into foresight. By running through a mock scenario where the upcoming quarter fails, you can get your team to analyze as if the worst has happened. By considering the worst-case scenario, you can find the deep underlying issues that might stop your quarter from being a success before it even starts.

The Anatomy of a Pre-Mortem

Post-mortems are probably already a part of your QBR process. In a post-mortem, you look back at a previous quarter and ask what went wrong and what went well. You can then apply these learnings to your upcoming quarter and improve your results.

A pre-mortem flips this idea on its head. Instead of looking back at the previous quarter, you look forward to the next quarter and imagine it failed. In fact, you don’t just imagine that you missed a couple of KPIs, you presume your entire strategy blew up. A worst-quarter-the-company-has-ever-seen-type scenario.

Psychologist Gary Klein, who coined the term pre-mortem, describes how successful these sessions can really be. In one, an F-50 executive foresaw that a billion-dollar project would fail the minute the current CEO retired. In another pre-mortem:

A team member who had been silent during the previous lengthy kickoff meeting volunteered that one of the algorithms wouldn’t easily fit on certain laptop computers being used in the field. Accordingly, the software would take hours to run when users needed quick results. Unless the team could find a workaround, he argued, the project was impractical. It turned out that the algorithm developers had already created a powerful shortcut, which they had been reluctant to mention. Their shortcut was substituted, and the project went on to be highly successful.

In a regular kick-off meeting, two people would have stayed quiet and the project would have failed. With a pre-mortem, one led to another speaking up, and the project succeeded. The benefit of running a pre-mortem is that you improve, rather than autopsy. You are pulling your ability to develop forward a quarter. This helps you in three ways:

It may seem that this strategy will suffer from the same failings as other brainstorming sessions, but research supports pre-mortems. Research from the Wharton School and University of Colorado has shown that prospective hindsight, “generating an explanation for a future event as if it had already happened” works. By imagining a problem has already happened, we are better able to solve it than if we were seeing it as a future event. Take that, arrow of time!

Add a Pre-Mortem to Your QBR With Data

The basic procedure for a sales leader running a pre-mortem is:

Pre-mortems reveal failures that can be boiled down to two main reasons: qualitative and quantitative.

Qualitative reasons are like the one identified in the Fortune 50 company above. Some issue with internal processes, strategy, or personnel that only one person has noticed. These are hard to define, so it’s important to have your entire team involved and get them thinking about all possible issues, large or small.

Quantitative reasons are easier to define, but could have potentially larger ramifications. A misunderstanding about your sales analytics can definitely cause those catastrophic scenarios that pre-mortems feign. You can get your team to see recognize the warning signs before they are too engrossed in the quarter by being open with your sales data and encouraging your team to explore. This allows you to hit all three of the benefits of a pre-mortem.

Your team can’t find these warning signs if they don’t have the data.

Let’s say that you are running a pre-mortem for your upcoming quarter and have set aggressive goals for the entire team. Here are three reasons for failure that your team might identify if you give them the data (and coaching) to look for the correct warning signs.

“We don’t have the coverage”

If you failed to hit your bookings goal, then it could have been because you didn’t have enough in the pipeline:

A pre-mortem held as part of the Q4 review could have lent urgency to this problem. Consistently missing your bookings goal is one of those ruinous situations that pre-mortems prevent. If a pre-mortem would have been run, the team could have:

Instead, they did nothing and struggled with the same issue for another quarter. Though Q2 looks better, systemic issues haven’t been resolved and will eventually lead to a true autopsy of the company.

“We’re pushing too many opportunities”

This is an issue that a few reps might have identified but may not been confident in bring up in case it was just them. With data to back them up, they can feel more secure that this is a true, team-wide threat:

In this case, the evaluation phase is inefficient. This eval phase is taking much longer than the process allows for. The whole sales cycle gets elongated and value from this quarter will be pushed into the following quarter, bringing down the bookings goal and harming the ability to hit the targets. Another potential critical failure.

If identified in a pre-mortem though, the team can analyze this data and look for the reasons for, and solutions to, a high push rate:

The three solutions here are easily prescribed within a pre-mortem. It just needs this prospective hindsight process to help people identify the problems in the first place.

“We haven’t nailed the P in CHAMP”

Having data to back up hunches as to why deals are being closed-lost makes the pre-mortem process more precise and allows the team to brainstorm and identify solutions easier:

Over the previous 12 months, timing has been the #1 cause of lost opportunities. This means that the qualification process of this sales team is broken. Specifically, the priority component of their Challenges, Authority, Money, and Priority qualification framework isn’t working—too many prospects that don’t have urgency are getting through, thus timing is off.

For better qualification, you could:

What doesn’t kill you…

QBRs are supposed to be a review, but that shouldn’t mean they are backward-facing. In fact, QBRs are all about the future.

Pre-mortems allow you to take this idea of improvement to the next phase. Imagine it is the future. What is going to kill you? Only then, can you also find what will make you stronger.

By looking for the ways you are going to fail you are building a proactive version of resilience. This process allows you to adapt even before the threat has shown itself. By getting everyone in your team involved in finding the ways that you might die, you are going to not only survive, but thrive. 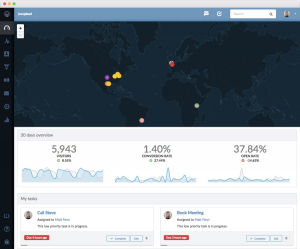 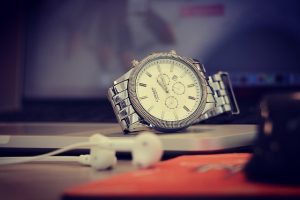 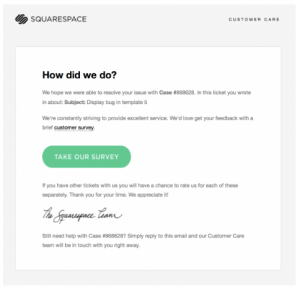 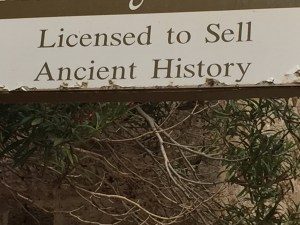 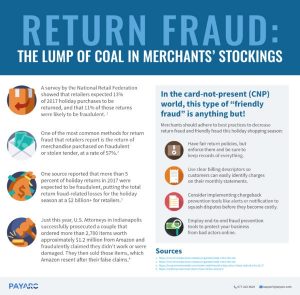 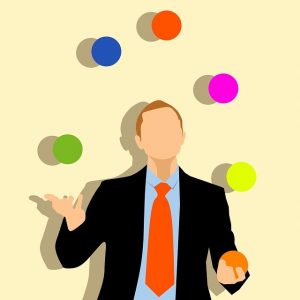