Building a highly successful company from the ground up is no easy task. Sure, in the movies creating a masterpiece can look easy, but in reality it’s far from that. Every successful eCommerce entrepreneur has had their share of struggles – and then success.

What makes a successful entrepreneur? It’s a crazy debate that doesn’t have a right answer. However, to get you on the right track, we put our heads together to bring you some awesome insights from a handful of the most successful eCommerce entrepreneurs to ever grace the planet!

Bonobos has raised nearly $ 128 million dollars since launching in 2008! What Dunn and his team at Bonobos discovered was that the same products that we constantly use can still be changed – products don’t have to be created the same way forever.

However, the road today’s was not as easy as 1-2-3. The company lost a co-founder after just 1 year, and had their site down for over 2 weeks after Cyber Monday in 2011. That’s a giant blow for an eCommerce company.

“Our brand wouldn’t be possible without social media.”

Bonobos has taken the momentum from their rise in popularity by building on their social media popularity. Likes are great, but even better is a community of people that like what you do enough to be loyal consumers and brand ambassadors.

When Glamour names you one of the “35 Women Under 35 Who Are Changing the Tech Industry” you know you are doing something right. Varshavskaya decided that she wanted to change something and that something was a big one. She decided to revolutionize traditional shopping malls by taking them online.

Today Wanelo is an online shopping mall with over 350,000 stores with millions of users posting tens of thousands of products each day for others to purchase.

Varshavskaya dropped out of college in the 90th minute, because she wanted to go create something new. It’s so simple to put things off, with “timing” being the reason to not do something.

Did you know that Nasty Gal is an uber-successful eCommerce startup that sells 93% of its inventory at full price? You read that right, no discount offers needed!

The company’s founder and former CEO (she just stepped down and is the executive chair of the board), has no college degree. Her prior work experience includes various sales clerk positions and time at Subway.

“You can pretend to be anything you want. But people figure out pretty quick if you don’t live up to it.”

You have to live up to what you offer or represent. You got to be able to “walk the talk”, and not just “talk the talk”. As Larry Page of Google says, “Always deliver more than expected”.

Lore’s previous venture, Diapers.com, was acquired by Amazon for $ 540 million. That already made him one of the most successful eCommerce entrepreneurs. The “exit” also made Lore hungrier to do something bigger. In steps Jet.com.

Lore’s newest eCommerce venture (Jet.com) is set to take on Amazon, and has raised over $ 220 million even though it only launched a couple of months ago. Unlike its competitors, Jet.com does not take commission on sales, rather it only makes money from yearly memberships. Talk about game-changers!

“But you can’t put a number on what it means to create a personal connection to the consumer.”

Yes, the new Jet.com is making waves in the way it makes money, but being a game-changer isn’t reserved just for those that have new business models or products. At Diapers.com, Lore and his team would make sure to send off the packages with personal notes. That personal touch is a game-changer – don’t let anyone else tell you otherwise.

Dollar Shave Club has not just helped men and women save money on their razors, rather it has also led to a new group of online stores – “dollar clubs” – like “Dollar Photo Club” and “Dollar Beard Club”.

Dubin has led his successful razor company to success that very few expected. The company is shipping 62 million razor cartridges to 1.7 million active members per month, which is more than 3.4% of the U.S. razor market.

“If you can create content that goes viral it’s going to be cheaper for you to build your business.”

Your product does not need to be a revolution. Just as Dubin did, you too can stand out with your products by creating content that goes along with it, because everyone loves a good story.

The greatest and most important thing that you need to know about this success story is how they got started: together with a friend, he created a community of beardsmen that circled around a lively YouTube channel and engaging Tumblr blog. From there, the rest is history and the might Beardbrand was born.

Like his fellow successful eCommerce entrepreneurs, Eric did not always envision himself as someone that would make his name in this realm. He started off in the financial industry, and then quickly found out that creating a community works.

“Nothing is a waste of time or money unless I didn’t learn from that move. Part of doing business is making decisions that you don’t know if it will be successful or not. As long as we are learning from those investments; it’s not a bad move. That being said, I think I would try to hire help sooner than later to take things off my plate.”

Products are everywhere and just one Google search away. An authentic brand however is extremely difficult to replace. Beardbrand coined its clever “urban beardsman” to help people fit in.That’s an x-factor that competitors don’t have. What’s your x-factor?

In just over 4 years, Birchbox has grown to more than 1,000,000 subscribers, and they’ve done it by reaching out to both sexes. Unlike other successful eCommerce companies, Beauchamp has been able to build an amazing team that has enabled Birchbox to thrive in the “subscription box” business and not fade away as a fad.

When Beauchamp and her fellow co-founder started their venture, they were met with a sea of skepticism, being told that nothing had been done “like this” before. Today, the skeptics are looking at how Beauchamp and her team are moving forward, as Birchbox has become a business to emulate.

“We’re taking people who weren’t even considering going into these stores as a part of a leisurely day, and making them into people who could become browsers and shoppers.”

Consumers are everywhere. All you need to do to find them is create value. Create value and the herd will follow slowly, but surely.

The king of eCommerce shoe sales, Zappos’ success has just as much to do with its shoes as it does with the leadership style used by it’s CEO Tony Hsieh. In 2012, the company was acquired by none other than eCommerce giant Amazon, for over $ 1 billion.

Holacracy, the management style that helped Zappos sky-rocket, is a workplace environment that throws corporate hierarchy out the window. By cutting out bureaucracy, Hsieh was able to create a type of “open source” work place in which everyone could be heard.

“Zappos is a customer service company that just happens to sell shoes.”

Thinking outside of the box, and breaking down barriers is something that you should do in every single aspect of your business. Doing something because it’s the norm doesn’t make sense. What makes sense is doing what works.

One of the best things that an entrepreneur can do to increase the likelihood of succeeding is to listen to what others, with experience, have to say.The result of listening: using lessons from the good, the bad, and the ugly to build something better. 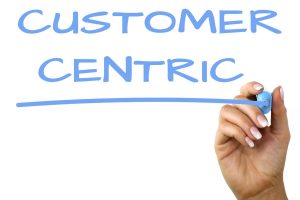 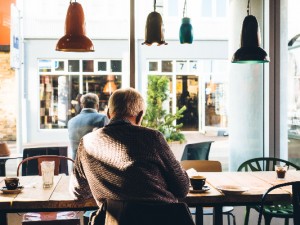 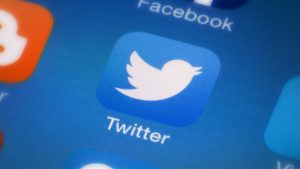 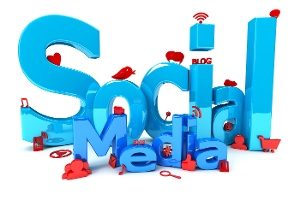