A Few Things You Need to Know About Display Advertising

“A picture is worth a thousand words.” Digital advertising is the crux of this adage. Advertisers have a very small window to capture a viewer’s attention, and display advertising allows these advertisers to draw in users by placing images and messages on websites where they’re already present.

No matter what side of the fence you stand on, it’s important to understand the basics of display advertising and how it can enhance your client’s branding.

Banner ads started off innocently enough, offering a way for publishers to further monetize their websites. The ‘first’ banner ad appeared much like the banner ad at the top of the Guardian’s website. Others, called skyscrapers, run alongside the left or right sidebars of a website. With these banners, the intent is to promote a brand and/or get visitors to leave the host website and bring them over to the advertiser’s website.

Each display banner is either static, meaning the image doesn’t interact and doesn’t change, or dynamic, meaning they can be more personalized in nature. Both static and dynamic banners have benefits and drawbacks.

Static banners offer a faster, broader scope that has generalized branding, whereas dynamic banners are tailored to the person viewing the ad. Banner ads contain ad tags that have several purposes such as:

The last point explains why I was served an ad on the Guardian’s website about programmatic advertising from CMO.com. Before this ad was served, I had indeed been on CMO.com, and I had viewed an article I wrote called, ‘How to Knock Ad Fraud out of the Programmatic Funnel.’ Talk about a strong message match! For the lay user, this is incredibly effective in drawing attention to the advertiser’s messaging.

By 2019, mobile ad spend will account for 72% of the U.S. Digital Ad Spend, equating to a cool $ 65.87 billion. But mobile users have a far different experience with display advertising than that of the desktop user. As such, the advertising industry has seen the collective rise of ad blocking technology and apps to counteract advertising in a mobile environment.

Despite the current trend, which is already starting to cool, mobile advertising is just as hot as ever. But, to effectively advertise in this space, advertisers need to be inconspicuous, non-pitchy, and offer value to the user. That’s a tall order for most miniature, attention starved spaces. As a result, we’ll often find banners in our favorite apps or mobile browsers.

While banners on desktop and mobile platforms are different in terms of size and call-to-action, they still have similarities with users. And this resonates with the video audience as well.

For example, you’re likely already familiar with the pre-roll advertisement on YouTube (those first five seconds before you can skip the ad are the worst). But display advertising also is found mid-roll, or even post-roll (after the video is over).

This sample shows incredibly targeted message matching on behalf of the advertiser. The video, a fanboy reaction to the new Star Wars movie trailer, was met with the targeted advertisement around the 15-second mark for the video game Star Wars Old Republic. Given the context of the video and the advertisement that was served, there’s a good chance a user who plays video games and is interested in Star Wars will click this ad.

What’s Next for Display Advertising

It’s hard to say where display advertising is going to evolve, but I’d be a handsomely paid advertiser if I bet on mobile.

Yes, mobile screens are small, but they’re quickly replacing larger screen sizes found with desktop monitors. Yes, Millennials have turned to ad blockers to eliminate pesky advertisers from hijacking their data and their attention. But, display advertising will continue to evolve with new outlets and mediums to push the advertising envelope.

After all, mobile growth has been fueled by the growth in display advertising, and no one is going to walk away from that opportunity. 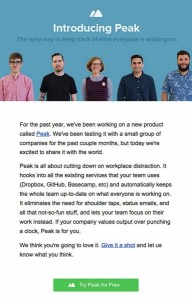