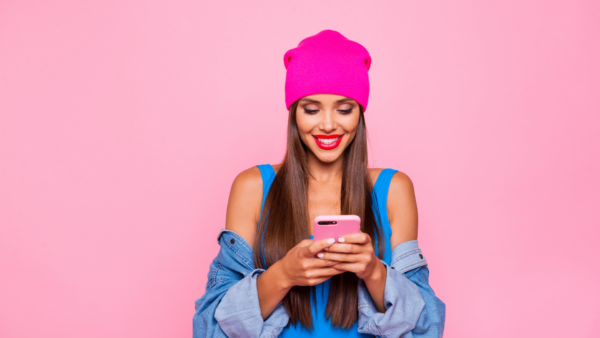 That’s a wild perspective for a small business marketing specialist. It also seems hypocritical, because I use social media, and the vast majority of my clients use social media.

The question though, is whether they need social media. Need is very different than want or use.

Some small businesses may indeed decide they NEED social media, especially if you’re selling products. In that case, social media might even be foundational to your business. But in that case, you’ve turned your social media into a sales channel, which is quite different.

I think of my local stationery shop and its gorgeous Instagram feed. I see a thing I want on their feed, and I buy the thing. I don’t need further conversion. That’s not social media marketing, that’s sales.

If you sell high ticket items, products that take further consultation, or services, social media is not a sales channel. It’s a marketing tactic, and at that point it’s a nice-to-have, not a necessity.

If It’s Working, Keep Doing It

If your social media is bringing in the business, then of course keep at it.

If you enjoy using social media, then by all means, leverage your social profiles to generate leads for your business.

BUT. If you don’t enjoy or have time to use social media, then why on earth would you choose it as a marketing strategy?

There are so many marketing strategies out there that no single small business can possibly use them all, so don’t waste time on ones you hate.

In fact, I advocate my clients only use marketing tactics they like.

There’s one social media platform in particular you need to quit right now if you don’t enjoy social media.

How Did I Learn This?

I used to be a runner. I even completed a handful of half marathons. No matter how much I trained, I never got much faster.

The reason eventually dawned on me: I hate running.

I created elaborate playlists, even carried candy on my long runs to reward myself for each kilometer logged. It never became more enjoyable, and I never became better.

So I quit. Sorry if you were hoping for some Remember the Titans-style inspiration, but that’s not what happened. What happened is, I found other fitness pursuits I like better, and they keep me healthy without making me miserable.

Quit Tweeting Unless You Love It

Twitter is the one social media platform I feel has more risk than benefit for small business. Five reasons:

If you’re on Twitter already, think about who YOU follow. Most of us don’t follow businesses on Twitter unless we’re already raving fans. Do you care what your dry cleaner or your lawn care company has to say on Twitter? Probably not. If they have something cool to show off, they’ll do that over on Instagram or TikTok.

Twitter is for conversations. You have to build an AMAZING Twitter persona to get people to interact with a brand, like fast food chain Wendy’s has done. Its followers actually try to get roasted. 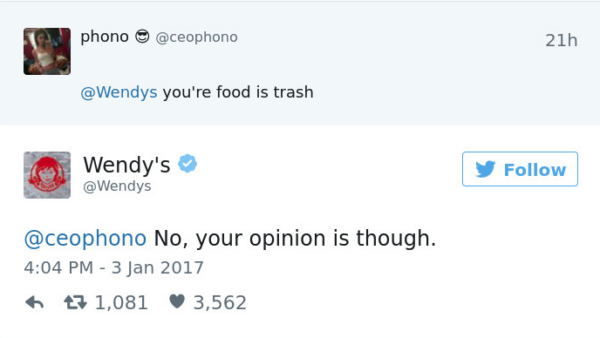 A Labour of Love is Still Labour

First of all, you can tell the folks behind Wendy’s account actually love social media. More importantly, it takes an entire team of people to make something like this happen. The Wendy’s social media team actually released a hip hop album, mocking the brand’s competitors. That’s an effort level most small businesses could not sustain.

Yet, it’s vital for businesses to keep a constant eye on their mentions.

The number one way people interact with brands on Twitter is to publicly call them out on a problem, according to a 2019 Australian study. Worse, a 2018 study by MIT showed fake news is 70% more likely to be retweeted.

That means your reputation can be affected more easily on Twitter. This is why Twitter requires 24/7 diligence that some other social platforms do not require.

People try to use automation or scripted answers to get around that. It doesn’t work, as this post from Bank of America demonstrates. 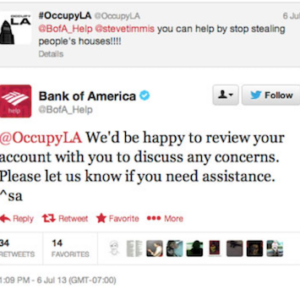 The best case scenario when someone complains about your business (or if you tweet something stupid), is that no one else notices the tweet in their timeline before you correct it. This “best case scenario” is another reason Twitter isn’t great for small business. The timeline goes by fast.

There is basically zero chance that someone who logs on at 5 PM will see what your brand tweeted at 9 AM. That’s thousands of tweets ago in their timeline. You need to churn out content all the day long in order to ensure your followers see it. This level of feeding the beast just isn’t feasible for most small teams, at least not for quality content.

Which brings me to my last reason to ditch Twitter. It doesn’t have nearly as much money-making potential as other marketing tactics.

Think about it, if you have to pay someone to create click-worthy content that can be posted throughout the day, and that person also has to respond to any customer tweets, that’s a significant cost outlay to you.

If you manage to find someone who’ll do it for cheap, you’re unlikely to get quality content, and more likely to get mistakes and brand faux pas.

That’s why I object when people describe social media as “free” and “organic.’ It’s a huge time suck, so it’s far from free. Plus, getting good engagement requires a ton of strategy and planning. That’s hardly “organic.”

Marketing Can and SHOULD Be a Revenue Source

I’d be interested to examine the ROI of Wendy’s Twitter account. Do their followers see them troll someone on Twitter and get a hankering for a Baconator? I mean, sure maybe. But it’s more likely that the reason behind their Twitter account is to cultivate a brand persona that Wendy’s is a cooler alternative to McDonald’s. Or perhaps the account’s purpose is to lure media attention for being so sassy.

Some organizations set up their marketing department as a cost centre, and don’t hold it accountable for bringing in revenue and making a profit.

I think that’s a mistake. I believe marketing can and should be a revenue source. The only way to do this is to make sure the value of the leads you’re generating is higher than what you’re spending on marketing.

And that’s why I remain skeptical about social media for small business. It’s very labour intensive to do well, so it’s very expensive. You need to bring in a lot of leads to make it turn a profit.

To me, the only marketing activities in which you should participate are the ones that turn a profit.

This post was originally published on the Whole Team Habits blog.

Bridget Brown is on a mission to help small business owners increase their leads by 50% and break free from the tyranny of social media. She is the founder of Create That Copy & Marketing, and a former journalist in some of Canada’s most demanding newsrooms. Bridget is the… View full profile › 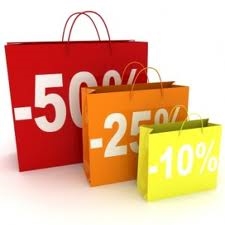 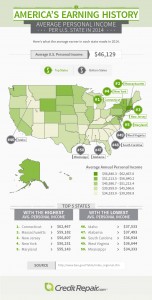 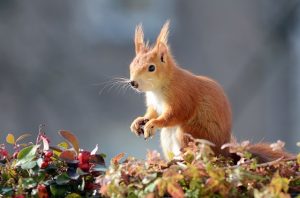 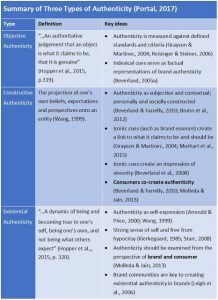 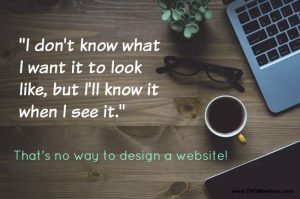 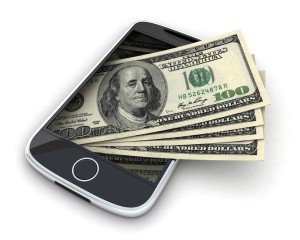 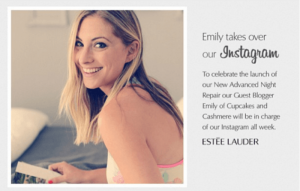