What’s the Real Cost of a ‘Like’ on Social Media?


Now that it’s possible to buy ‘likes’ by investing in paid reach on social media, some brands have almost completely abandoned their organic social media efforts. They’re focusing on optimizing their ads and targeting the right demographics, and they’re obsessed with the ROI of each like they receive.

Anyone who has just run a major Facebook advertising campaign can probably spit out the average cost of each like gained throughout the campaign.

Social media is still, at its core, a community. No matter which platform you’re on, it’s a way to use technology to have one-on-one conversations at scale. And conversations require two-way communication.

Think about the best conversationalist you know: Is she a great talker, or is she actually a great listener who makes you feel valued when you speak with her?

One of the most sincere forms of respect is actually listening to what another has to say. — Bryant H. McGill

The best social media strategy puts more emphasis on listening and engaging with others’ content than it does on promoting its own.

The policies of Reddit — a social network focused on sharing, rating and discussing news and other website content — illustrate the crucial role listening plays in social media. It’s almost impossible to spam a forum on Reddit because you have to earn your way into the community by liking, commenting, and appreciating others’ content before you can start sharing your own. If you haven’t proved your commitment to the community and to supporting others with upvotes and comments, most of your own posts will never get approval.

What Reddit understands is there’s a huge value in protecting the entire ecosystem it has created. People use Reddit because they trust the conversations that are going on there.

And even though other platforms aren’t nearly as quick to ban you from their community as Reddit if you blatantly try to use the platform for your own gain, the principles are the same. You can’t truly succeed on any social media platform unless you bring real value to the community.

Think about it from a psychological perspective.

People often fear putting themselves out there. So when they finally put in the effort to share a piece of their own original work, but no one reacts to it, it’s almost worse than if someone said something mean.

The deepest principle in human nature is the craving to be appreciated. — Harvard psychologist William James

Social media offers you a platform to satisfy the deepest principle in human nature. And the best part of it? It doesn’t cost a thing.

You can’t underestimate the value of expressing your honest appreciation for the content that people in your network are producing.

I’ve noticed that many people who are wonderful listeners in person haven’t connected the dots to realize that social media is all about listening as well. The number of people who view a post compared to the number who like it is drastically different.

I’ll see people at networking events who will say, “I saw that thing you put out on LinkedIn the other day.” I’ll say, “Oh you did? I didn’t see you like it or comment on it.” They’ll respond, “Oh I don’t really ‘like’ things on social media. I don’t do that.”

Part of me wants to shake them. Many people have this hesitation to signal that they like something or support it on social media. They prefer to just observe. Sometimes, they’re too busy putting out their own content to spend any time interacting with others.

If you’re the one organization that’s actively engaging in and liking other people’s stuff and letting them know that you value it, you will become valuable to them.

My own experience with Instagram proves the value of building your social strategy around giving likes first. My personal account has grown to about 4,000 followers after 400+ posts. The posts reflect both my personal interests and some insights on social media marketing, and I’ve never followed a specific strategy to gain more followers.

Another account I own, Law Marketing, has many of the same posts as my personal account. But on Law Marketing, I hit 3,000+ followers with only 50 posts. Since the content is similar, I attribute that difference to my activity on each page.

On my personal page, I’ve focused more on putting out my own content and waiting for friends to react. On Law Marketing, I made a concerted effort to find other accounts producing content that I valued and to show them my appreciation. I would set a timer on my phone for five minutes, and then I would search law-related hashtags and spend that five minutes liking other people’s posts.

My strategy worked because of a basic fact of human nature. When we receive a compliment, we usually view the giver of the compliment in a positive light.

The world is full of people who are great at receiving compliments.

What the world needs is more people who give great compliments.

It used to be a lot harder to publicly show your support and appreciation for your clients or partners in business. Before social media existed, taking out an ad in a magazine, newspaper or TV network was the only way to brag about your clients or partners publicly, and it was prohibitively expensive. A half page full-color ad in the Wall Street Journal costs $ 192,921 for one day.

With social media, we can help other people feel good by publicly acknowledging their good work. And we can do that for free. It’s the modern-day equivalent of showing up to an open house to fill the room and show your support. By listening to the voices in your network, showing your support and helping to amplify their voice, you will earn their loyalty, respect, and engagement, and it won’t cost you a thing. 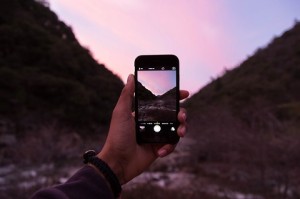 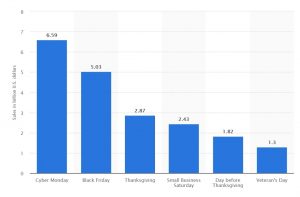 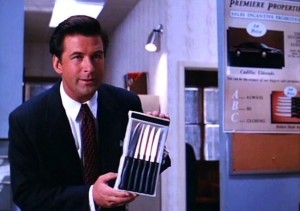