What You Missed from #TweetSmarter 2015

The #Tweetsmarter event hosted by Anne Mercogliano of Twitter and Kipp Bodnar of Hubspot provided marketers on the SMB level with tangible and practical advice which could be implemented for both long-term and immediate strategy. As a marketer, I’m always looking for great resources to help me better the performance and success of my clients and this event did not disappoint, it totally delivered — and in “30 minutes or it was free.” #Dominos

Anne and Kipp get it started with highlighting best practices they recommend based on promoted tweets they’ve done over the past year. Anne determined that, “Every great campaign starts with a strategy.” Ok, so kind of buzz-wordy and simple, but she emphasizes the need to make sure each post first starts with a company goal in place, to which you can compare each tweet and then learn the best ways to track and study that. It’s a good intro which then leads into Kipp’s talk about A/B Testing at Hubspot.

What is A/B Testing, Again?

Trial and error is a huge part of online marketing. It’s actually what makes online marketing so great. If you posted a billboard and thought, “Maybe if we changed the wording people would respond differently…”, you would have to go through a timely expensive process to change it and maybe even learn that it was a mistake, that you should have kept the original sign. With online and social media marketing you can run multiple ads, posts and themes and change anything at anytime to see what’s most efficient. This is the value of A/B Testing.

Kipp mentions the difference between making the decision to implement an incremental or drastic test. He mentions incremental being something like, using a picture of a puppy or altering a phrasing to see how people respond. Whereas drastic testing would include things like keeping all posts to 10 words or using 5 links every time. So we’re talking about small vs. large changes. Where you might learn greater things from more drastic of an approach, it has the potential to have a dramatic positive or negative effect on your campaign. Also, your success might not boost as much from a small change, but it might be this tweaking (not twerking) and tinkering (like Tinker Toys) that allows you to find a better formula for posting.

A/B Testing takes time. When you have a plan, make a hypothesis and would like to test it out, you then need to take the time to wait and see what happens. Unless you’ve really messed up, in which case you should probably remove the post. Hypotheses are super important in this process.

This is where you determine what you’d like to test. “I think if I ask more questions, I’ll stir more of a response.” Then you ask more questions, and nothing really happens. Ok. So, now wait. Maybe your questions aren’t engaging. Continue to try things out, until you’ve collected enough data to determine what from this hypothesis was correct and what of it should be implemented in the future. In being statistically significant, Kipp mentions a cool ROI calculator you can use to determine the importance of the info you’ve collected from this. As we know calculators are always cool, so maybe check that out. I’m more of an abacus or counting stones kind of a guy, myself.

Ok so I kept hearing about Twitter cards, but I hadn’t used them in very many social media strategies yet. I’m glad Anne covered this so that I could become more familiarized with how these could be useful in marketing on Twitter. Twitter cards are a richer format of a Twitter post. They stand out, with more white space around the posts, show your brand and then link to something generally using CTAs. Similar to what you would see a Facebook ad look like, Twitter cards have a similar format, but can be used for organic, as well as promoted posting. It’s a great shiny new tool you can work up in Twitter’s ad platform. I love shiny, new things.

Twitter and Hubspot ran some tests together, from which they gained some insightful data which led them to draw 3 themes that led to more engagement on both organic and promoted posts.

Their most successful twitter campaigns over the last year included an emphasis on:

Hubspot found that Twitter cards with engaging images drove 55% more leads. Twitter, also, noted that across all of their tweets, those with rich media got 313% more engagement and 52% more RTs.

Here are the 10 best practices Twitter and Hubspot have found to be most successful while communicating on Twitter.

Showing behind the scenes, screenshots of your app or a high resolution photos of your product. Make sure it’s tailored to your audience. Don’t use Android photos if you are promoting an an iOS app.

Reference notable brands or affiliations you have. This doesn’t just mean tag your company contacts, but rather find ways to relate your brand to those which are more familiar with others. For example, if you are providing transportation to a festival, mention a few of the bands who are playing there.

The goal is often to reach new customers and so it’s really important to never assume that people know who you are or what you do. One of your followers may not  fully understand your process, or they’ll share with their friends who are unfamiliar with you.

As mentioned, you shouldn’t use an Android phone to sell an iPhone app. Similarly, don’t post a photo of New York City if you’re trying to reach people in L.A. Unless, of course, you’re promoting something that’s exclusively New York, ie. SNL.

5. Optimize for the desired action.

This is about making sure your call to action matches the next step you want your customer to take. Use “Read More” for blogs, “Install” for apps or even “Use App” for those who have already downloaded your app and who you would like to re engage.

In all areas of marketing, but especially online, one of the best ways you can promote action is to convey limited time offers, inventory limitations or anything that will allow you to instill a sense of urgency. Keep it positive, though. People don’t want to be threatened. They do however, appreciate that you are giving a discount to those doing this, now.

How Anne and Kipp recommend to minimize distractions was actually surprising to me. They saw greater responses when people weren’t distracted by handles or hashtags. These drive 23% more clicks. People like to click and hashtags and @handles give people the ability to click, and you only really want them to click on your link. Keep your audience focused.

When others have raved about your brand, showcase that in your tweet copy.. You can talk about where your product has been featured, or how your customers love their experience with you. Find a good way to brag (without sounding vain) and you’ll see great results.

Looking to have engaging conversations on Twitter? Ask engaging questions. (See what I did there?) Also, finish your post with directing people to your article which answers this question. Questions start conversations and they help users identify with the product.

It’s important to mention the next step, such as “read the book”, “buy the shoes”, “get these dresses from $ 9.99”. You’re not commanding people to do something, you’re just making it clear what you’re trying to communicate. When you are direct,  people will respond accordingly.

Make sure to not try and use all 10 of these in each tweet, but rather A/B Test these different strategies, determine what works and then scale. Landing page optimization is also super important when directing people from social to gaining new leads. Kipp spends some time talking about the importance of keeping landing pages consistent with the branding of your posts, as well as keeping things short, simple and visually appealing.

Because images have been so emphasized, Anne mentions a few ways to get your own high quality stock images or how to create your own. Unsplash.com was one of the sites they mentioned and I’ve been loving this tool! Another way to create some great images or even use unsplash photos and enhance it, you can use Canva.com. I had heard of Canva before and feel it’s a super helpful tool.

Check out the webinar yourself

I really loved this webinar and would totally recommend you checking it out. Here’s a link to the replay of the event. I think you’ll really enjoy it! 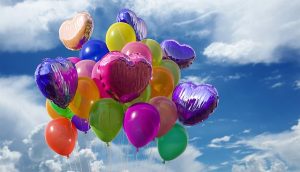 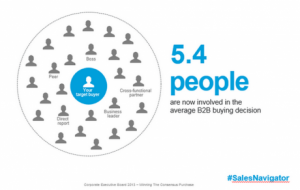 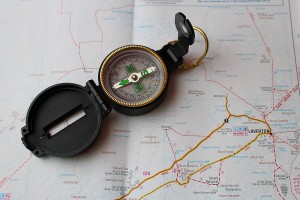 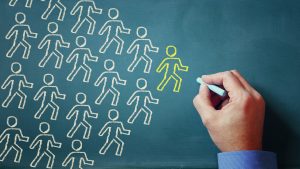 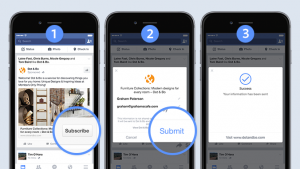