Local search columnist Lydia Jorden delves into how businesses can utilize hot trends in news and popular culture — like Pokémon Go — to drive SERP positioning and a presence in the local digital ecosystem. 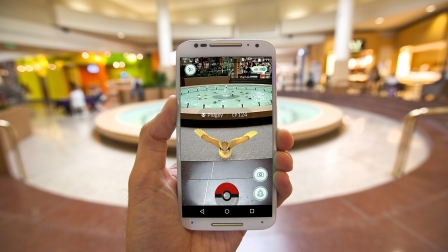 Pokémon Go, the hit new augmented reality game for mobile, has increased foot traffic to specific businesses substantially. Individuals playing this game are tempted into specific areas called PokéStops to collect free items to use in the game.

If a business is within range of a PokéStop (which is currently out of a business’s control), it has an immense opportunity to capture additional customers they otherwise may not have captured.

Larger companies are often quick to jump on popular culture to increase business and brand awareness and engage with the community. Along with many others, Zoe’s Kitchen is just one of many businesses utilizing the Pokémon Go craze to offer deals to players. Zoe’s Kitchen is able to keep the entire conversation online, while increasing online-to-store foot traffic — a perfect example of engaging an entire community around a worldwide phenomenon while also advancing business: 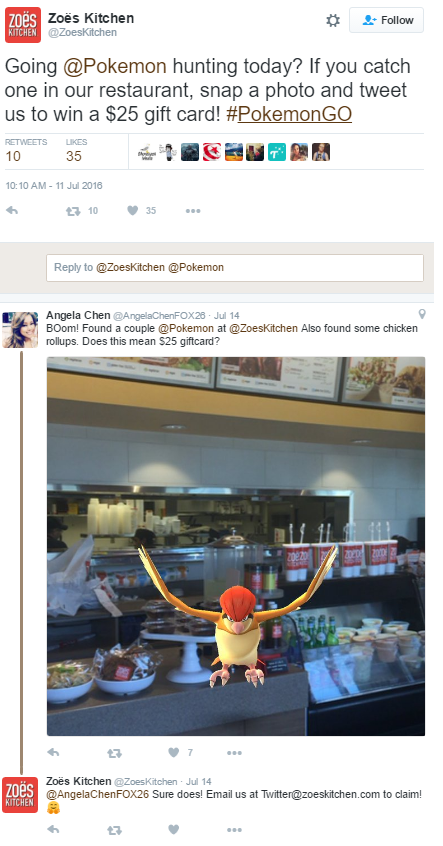 Local businesses can join the fun, too

Larger businesses aren’t the only ones who can capitalize on pop culture trends to drive business. So how can local businesses join the conversation?

It might be helpful to look at what local businesses are already doing. Let’s take a look at a couple examples of local businesses who are tapping into pop culture to further their engagement with the community — and also discuss how these activities can elevate local listing positioning.

In the crowded space that is the craft brewing industry, Snowbank Brewing in Fort Collins engages the community on a fun level throughout its various social media posts.

In late March, Snowbank Brewing created its first “crowd-sourced beer,” a beer designed by the brand’s customers. Fans participated in a poll in which they voted on their favorite grains, hops and SBV, and the beer they created as a result of this poll was dubbed the “Open Source IPA.”

Many visitors were requesting, both online and in the tap room, the ability to vote for the name of the beer, as well as the ingredients. Snowbank Brewing responded to this demand by creating a spinoff of the Open Source IPA, which they called “Beery McBeerface” — a nod to the recent “Boaty McBoatface” story that took the internet by storm. 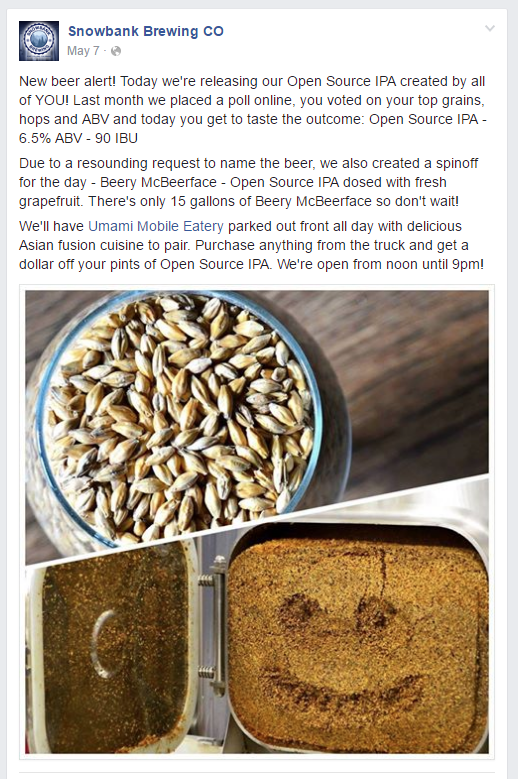 Snowbank Brewing capitalized on a timely pop culture phenomenon here, and this is a prime example of how small businesses can use these opportunities to ignite conversation and engagement in the local space.

To better connect this interactive engagement to advance local search positioning, a business in Snowbank Brewing’s position could execute on a variety of strategies:

First, take to the website to allow people to vote for beer names through poll-like functionality. Social media engagement is great for its intended purposes, but to further local search positioning, we need people to spend more time on-site.

Encouraging your audience to be on your website increases visitors to the site, increases visitor time on the site, and also allows people to explore throughout the site (added bonus for brand to consumer engagement — less for local positioning). To influence your positioning, you can encourage visitors to vote once per day, as you want customers to come back and solidify a strong presence on the website.

Second, update Google My Business with recent photos and a company description that moves as the brand evolves with targeted keywords.

As we know, Google favors fresh content, and local search behavior is constantly changing; we need to adapt our language to the changing behavior. To identify trends in how searchers behave, I would go to Google’s Keyword Planner. (After some keyword research, for this example, I  learned that the term fort collins brewery yields about 2,400 searches/month, while breweries in fort collins delivers 720 searches/month.) Then, move forward using keywords on the site with high search volume per month.

All of these elements can aid in advancing positioning within the local pack.

A seamless mix of pop culture, sports and brand awareness

When the Denver Broncos were crushing it last season, Colorado-based UCHealth harnessed an opportunity to connect one aspect of its expertise (identifying an illness) with popular culture, resulting in a Broncos Fever campaign. The campaign highlighted festive Broncos fans admitting themselves for care, only to find out that they have Broncos Fever. The fun spin on the fever illness, coupled with the local hype surrounding the Broncos’ performance, resulted in a campaign with improved local performance.

UCHealth engaged the community on a level that wasn’t just focused on healthcare. The contagious support of the Broncos increased inbound links to the site, and citations soared as community excitement built around the campaign. Domain authority jumped. This helped elevate rankings in the search space, along with overall optimized content including videos and expanding on-site keywords.

By fusing the timeliness of the Broncos’ success with local marketing across a variety of platforms, UCHealth’s local listings appeared more often in the local pack for multiple branded and non-branded keywords. By connecting local strategy, UCHealth was able to further optimize on-site content with keywords that drive local search traffic based on keyword research, which then translated to overall stronger local search positioning.

Finding a way to connect to pop culture to your business will differ greatly per industry when working to increase local search presence, but the techniques we can use to influence Google’s local algorithm remain the same.

Thinking creatively can be difficult, but if a business can find a way to capitalize on recent events and trends, they may find that consumers engage more with the brand — and a natural progression takes place to help elevate local ranks (e.g., inbound links).

When the market is as flooded as it is for many industries competing on a local level, connecting to pop culture may be the main differentiation between competitors to engage the community. Use the tools and examples described above to aid in brainstorming potential ways to connect to pop culture while also advancing local search engine positioning. 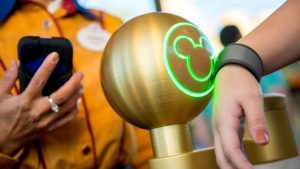 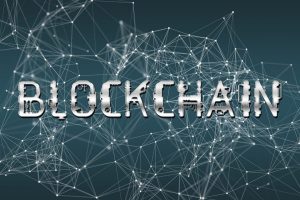 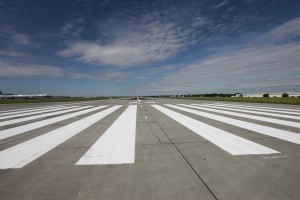 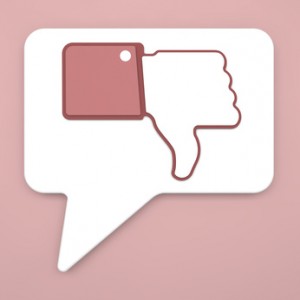 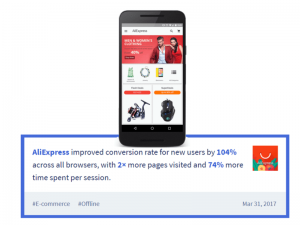 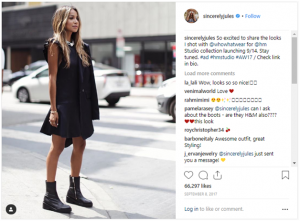 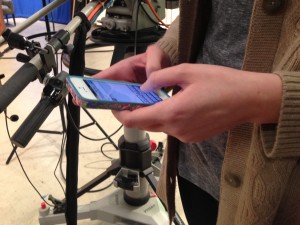