Your Twitter timeline is likely filled with small black and yellow graphics that have smiling faces encapsulated by a ghost. If you’re over 30 it might be time to tell you that those are Snaptags and they’ve become the go-to Twitter profile picture of millennials the world over.

Suddenly the QR code was cool

Snapchat launched Snaptags (or Snapcodes if you prefer) in early 2015 after they purchased a QR code company called Scan.me on the sly. While brands and marketers attempted to make QR codes hip for years, it was Snapchat who ultimately turned them into influencer currency by incorporating them into users’ profile pictures. Other Snapchatters could easily add friends by taking a snap of their profile picture. It was no longer necessary to remember the spelling of ridiculous usernames or have someone’s phone number – snap their Snaptag and they’d be added to your friends list.

Savvy Snapchatters realized that the quickest way to grow their Snapchat following outside of people in their immediate circle would be to share their Snaptag far and wide – so they took over Twitter.

By changing a Twitter profile picture to a Snaptag, users were able to encourage their Twitter following to add them on the new instant messaging platform.

There is no doubt that Twitter and Snapchat are extremely similar in their offering. Both offer real time instant messaging with communities and both have attempted to grab a share of the other’s offering. In early 2015, along with those Snaptags, Snapchat also introduced their Discover offering which PC World reported on. Discover is a news section where various publications like CNN and Cosmopolitan could share content. Twitter fired back by introducing group private messaging and the ability to share video.

My boss still doesn’t get it

While some might still revert to Twitter when they want to share real-time content in short bites, the truth is, as the younger generation get online their platform of choice is the yellow ghost over the little blue bird. Twitter’s growth has stagnated, the platform is bleeding staff and it is now valued at less than Snapchat (roughly $ 16 billion).

The Tribune reported just a few days ago that Twitter has failed to grow its user base in the last quarter while Snapchat is now rumoured to be close to the 200 million users mark. Surely Jack Dorsey realizes that the very user he currently clings to is simply utilizing his platform to push other users to the competition?

With Twitter already facing the mob and pitchforks for their rumoured algorithm change there is no doubt that they won’t be banning those Snaptags as profile pictures anytime soon. However, I do wonder, did Snapchat see this coming? Was it a well thought out growth hack aimed at stealing the competitor’s market or just dumb luck?

Twitter die-hards will argue that Snapchat is on its own collision course with a lack of profitable product and destroying its asset in 24-hour spurts, so, as history proves, they don’t really think ahead.

So while the two social platforms that have everyone talking battling it out, if you’re aiming to play the stock market, invest in Facebook… who would have thought it would be the safe bet? 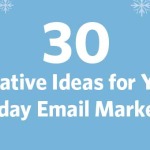