In the digital-first world of 2016, protecting a brand name and reinforcing customer loyalty has become increasingly important to employing a successful marketing strategy. But even as companies are learning how to better reach their customers and target audiences, their top competitors are fighting to win those same audiences with a stronger offer.

In paid search, this marketing challenge is frequently demonstrated through competitive brand bidding. According to one report, advertisers lost roughly 45 million clicks to competitive trademark bidders in Q2 2016 alone. As you consider the importance of maintaining a strong relationship with your customers online, it can be critical to uphold a prominent position on your branded terms so that your customers aren’t swayed by competitive offers.

Maintaining top position on brand terms is a combination of quality score (which should be very strong on brand keywords) and keyword bids.  Concerned about inflating their click costs, though, some advertisers may be hesitant to set a keyword bid much higher than the average cost per click (CPC) they pay.

This difference between max bid and CPC is often referred to as bid “headroom”. Anyone who has spent significant time managing a PPC budget knows that sudden changes in the competitive landscape are not uncommon, and bid headroom is used to prepare for these sudden changes. The willingness to “open your pockets” and trust Google to charge appropriate CPCs must be balanced with the need to protect your important brand search terms when your competitors start to enter the landscape.

An account team at Merkle ran a test to determine whether Google’s auction would arbitrarily inflate CPC as a sole result of bid headroom. We wanted to know: would lowering bids drive down average CPC, without sacrificing position or impression share?

The 20-day testing period focused on six high volume exact match brand keywords. These keywords faced steady, but modest competition and consistently maintained position 1.0. Our team created new ad groups to mitigate any issues of historical performance and quality score, and all other factors were held even to ensure a clean 50/50 split in traffic. Each weekday, bids on the experiment ad groups were reduced proportionally dependent on the starting bid of each keyword. At the end of the testing period we could then determine if lowering bids reduced our average CPC without sacrificing site traffic.

We found no evidence to suggest that a relationship exists between headroom and CPC for top brand terms that appear consistently in position 1.0 at the top of the page. The test results show that, despite having a significantly lower max bid, CPC remained unaffected and position remained steady. This proves Google is not arbitrarily inflating the cost paid for any given click based on greater headroom alone.

Importantly though, if the bid fell low enough to begin losing position or impression share, lower CPC will naturally follow. Merkle has also shown in the past that Google sets top of page minimum’s that can impact CPC in some auctions. If your bid falls below this minimum threshold, even for a small percentage of auctions, you may see CPC decline as ads will begin showing in less prominent areas of the page for some results. This decrease in CPC, however, will come at the expense of brand clicks that are potentially shifting to your competition.

It is also important to note that competition on the keyword shown above remained steady throughout our testing period. Had a new competitor entered the space with an aggressive bid, CPC likely would’ve been higher on the control ad groups. But position and impression share, and ultimately brand traffic to the site, would’ve been lost on the experiment ad groups. In this situation, higher CPC is a function of competitive pressure, and not bid headroom.

Ad extensions are a critical component to any successful paid search program. Whether you’re showcasing your offerings with structured snippets or providing a better user experience with sitelinks, extensions will almost always lead to a lift in CTR. One interesting finding we saw through testing was that at an 80% bid reduction for our experiment keywords, we began to see sitelink extensions serving about 5% less often. This confirms that Google charges a premium for an expanded SERP presence by setting a minimum ad rank needed in order to show extensions. Typically the click-thru-rate benefits of these expanded ads warrant the higher bid. As shown in the diagram above for a hypothetical keyword, this will likely be the first place you see diminished presence from having too little bid headroom.

Bid headroom is used as a safety net to protect position and ad prominence against sudden competitive spikes on top performing brand keywords. Choosing the appropriate level of headroom should be framed as a business decision for your client based on the premium they are willing to pay to maintain top position for all relevant brand queries.

While opening up your headroom can leave you exposed to some high cost clicks from competitive changes, brand traffic typically converts at a high rate, and it will generally still end up costing less than most other clicks because of its high quality score. If your client is willing to sacrifice some of the higher cost brand clicks in order to reinvest elsewhere, then you should focus on being more tactile with your brand bidding.

Assuming you are consistently showing in position 1.0 at the top of page on branded queries, this test shows that it is competitive pressure that drives CPC increases rather than bid headroom. Finding the correct amount of headroom will be dependent on a variety of factors, including:

Debunking the belief that Google will inflate the cost you pay for a click simply because you have larger headroom, however, is a good place to begin when talking through this strategic decision. 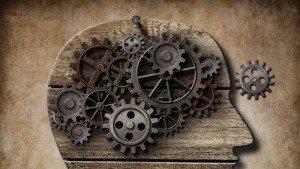 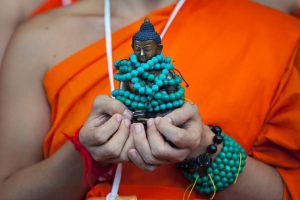 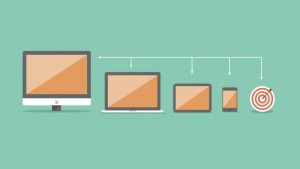 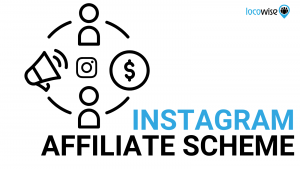 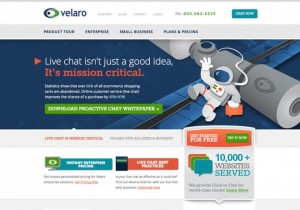