No Matter How Bad It Gets, Don’t You Believe It


The late, great Ray Bradbury quipped while speaking at a Brigham Young University forum in the 1980s, “I haven’t watched the news in years. If it gets bad enough they’ll tell me.” Bradbury was an incurable optimist.

Looking at the news many believe the world is on the verge of financial collapse. And things can be pretty bleak if you’re looking at the big picture: Greece has just defaulted on the first loan payment of its second bailout; many, if not most, other European countries are feeling the economic pinch of rising taxes and social spending outlays coupled with shrinking native populations and their own immigration crises. America is battling a long, slow return from the recession of 2008, with wage stagnation, and the economy limping along in 2016, with a tepid growth of only 1.8%. (Not much for a nation of 320+ million.) But compare that with Italy’s (another member of the G8) growth for the same period of only 0.8%. See, things already look a little better.

However, if you break out your magnifying glass you’ll see signs of life.

With the election of Donald Trump as President, the markets experienced a momentary overnight tumble, but by the time they opened on Wednesday morning, things were fine, and they had more than recovered. In fact, in the 2016 State of Small Business Report , a survey of over 1,100 small business owners, small business owners said they felt a Republican would be better for business than a Democrat. And they got the ultimate businessman in Trump.

Another sign of life? Consumer spending is up. That means Americans have a little more disposable income.

Second quarter spending was up almost 3%. It may not be huge, but it’s a sign of improvement. And as we all know with yeast, you don’t need a lot of yeast to get a big rise in the bread dough. We just need more of these little things scattered throughout the economy.

And looking ahead to the end of the year—when most businesses make a profit or end up in the red—the industry bible, Kiplinger’s predicts a better holiday shopping season for US businesses, along with a 3.4% increase in consumer spending going into the new year.

And there is one other factor in the mix, and that is small businesses. And it’s a factor that is a major one.

Small businesses entered 2016 with significantly higher growth numbers and sales volume than the overall numbers for big business, with numbers as high as 7.5% increase in sales over the previous year, marking the fourth year of this trend.

Everyone is looking at the big boys, and rightly so—to a certain degree. If those big boys fall down a lot of people and real estate will be hurt and squashed by the fall. But the small businesses play an irreplaceable role in the US economy. Without them, we’d be hurting, and even the big boys wouldn’t be able to exist.

Small business employs over half the US labor force, and since 1970 accounts for 60% of all American jobs. In terms of money generated, the small business sector brings in 54% of all sales in the United States. Take away small business, and it all falls down.

Those increases in small business mean a lot.

Despite all the problems in the US economy—too much regulation, too many taxes—the American Dream is still the pinnacle the rest of the world reaches for. To paraphrase Nick Adams, author, immigrant from Australia, founder and CEO of the Foundation for Liberty and American Greatness (FLAG), “Have you ever heard of the Japanese Dream, the English Dream, the Norwegian Dream? Of course not. It’s the American Dream that inspires the rest of the world.”

For too many born in the US, the American Dream has just become part of the wallpaper, something in the background, which they never really notice. Many immigrants, fueled by visions of America and the American dream, arrive here, and look around at all the opportunities just lying on the ground, ready to be picked, and they start picking. In fact, more new and small businesses are started by immigrants than by people born in the United States. But that’s for another column, stay tuned.

Yes, it’s true; there are some things that are worrying in the world’s current economic situation. But there is also reason to hope. You just have to look around, and know where to look. Electronics industry giant Hewlett-Packard was started in a garage—in the middle of the Great Depression. Small business and entrepreneurship is the lifeblood of the American economy. Small businesses become mid-sized businesses, which become large companies, and then giants.

There is a lot to be excited about in the US economy. Don’t believe the doomsayers. 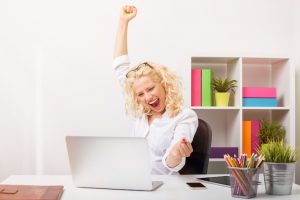 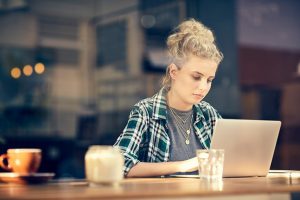 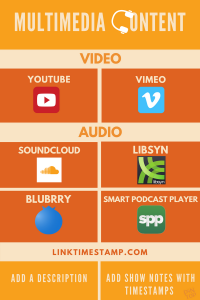