Marketers look to climb aboard the Pokémon Go phenomenon

A week since its launch, the game of finding imaginary creatures in the real world has turned augmented reality into a major marketing tool.

From the US Pokemon Go site

The past week will go down in marketing history as the point when augmented reality (AR) became a real thing.

The reason: the sudden craze of Pokémon Go, launched barely a week ago. Based on the entertainment franchise of games, trading cards and cartoons that began in the 1990s, the new game requires an iOS or Android app.

When you open the app and look through your smartphone screen, you can find various Pokémon creatures that you can capture by rolling virtual balls at them.

Officially, the app is only currently offered in the US, New Zealand and Australia. But two days after its launch, it was installed on more US Android phones than Tinder, and 60 percent of those US Android users who have installed the app are using it daily.

As of July 11, nearly 11 percent of all Android devices in the US had the app installed. Countless participants are navigating the streets of the launch countries, looking through their phone screens:

Pokemon GO is just insane right now. This is in Central Park. It’s basically been HQ for Pokemon GO. pic.twitter.com/3v2VfEHzNA

While there have been a number of augmented reality experiments and projects over the last few years, nothing has become a mainstream marketing engine like Pokémon Go.

The various creatures are found at specific locations called Poké Stops, or you can battle others’ collections of creatures at locations known as Pokémon Gyms. Currently, the locations of Poké Stops and Gyms are arbitrarily designated as GPS coordinates by the gods at Niantic, the game maker.

But Niantic chief executive John Hanke has now announced that “sponsored locations” are coming soon, so that brands can pay to put their names on valued destinations that players seek. The idea, he told Financial Times, is to offer paid locations “within the virtual game board,” with charges on a cost-per-visit basis.

Already, businesses can buy virtual Lure Modules at $1 each for 30 minutes. They attract Pokémon — and, the businesses hope, will also attract players looking for the creatures.

Some companies are highlighting their good luck at being designated Poké Stops, while others are touting their Lures.

Bloomberg News, for instance, notes that L’inizio’s Pizza Bar in Queens, NY, increased its in-store sales by about a third compared to a normal weekend, because of Lure Modules it purchased.

Huge Café in Atlanta, owned by the Huge ad agency and employed as a testing facility for new tech, has similarly placed Lures to attract customers. It is also adding value to visitors, with such offers as phone charging stations (since Pokémon Go quickly depletes battery power) and a card for a free steamed bun if a visitor shows a captured Pokémon, in the hopes this will whet the customer’s appetite for a larger treat.

There are also reports that the presence of Pokémon creatures is impacting restaurant choice among some patrons. To take advantage of this, Applebee’s, among others, is retweeting reports of Pokémon captures on its premises, as well as posting the images on Instagram:

And brands like Domino’s Pizza and Gesa Credit Union in Washington State are looking to ride the wave:

OMG! Anyone else caught this Legendary Pokemon?

It looks like someone dropped a #PokemonGO Lure at our HQ Pokestop. Better come catch them all! @pkmngotricities pic.twitter.com/36KvSZ7P1M

Pokémon Go bar crawls have also become a thing, with reports of their spontaneous occurrence in a variety of cities.

Trey Ditto, CEO of Brooklyn-based PR tech firm Ditto, pointed out that even if bar crawls don’t lead to significantly more sales, at least they lead to “great brand awareness, [since you’re] walking into a place you’ve never gone before.“

Of course, the Pokémon Go phenomenon could crash as fast as it has sprung up. But Ditto told me that even if it does crash soon, it has provided two major lessons about AR for marketers.

First, he said, it has shown that AR “has the capability to truly mobilize customers.” From now on, AR will not be just another waiting-to-happen future tech, but will become part of many campaigns.

And this phenomenon demonstrates, Ditto noted, just how important it is for a brand or a physical retailer to have a plan or possibly a team in place to take advantage of rapidly emerging trends.

So that you’re ready the next time someone walks into your shop looking for invisible creatures. 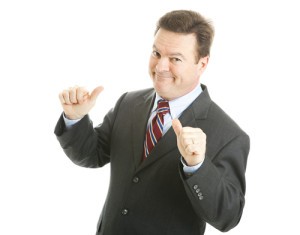 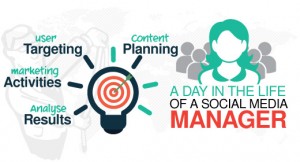 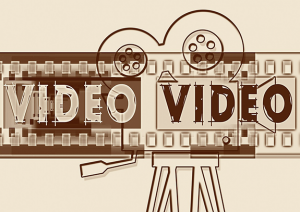