How to think about budgeting for the marketing tech stack

In situations when budgeting is rather strict, it is important to think with the future in mind at things you might need tomorrow as well as today.

Budgeting is never easy; nothing is ever certain — especially when forecasting.

That definitely applies to martech budgeting.  There are many things that make budgeting difficult.  Pricing models change for products and services.  Most major vendors reserve the right to increase costs by at least a few percentage points at renewal time.  It’s hard to determine what needs will come up, even in the near future.  In some cases, services and tools have variable costs (number of contacts in a database, for example) that are hard to project.  There are many other factors.

Those aren’t the only type of factors; the type of organization is also crucial.  During my career, I’ve worked for small private businesses, government agencies, non-profit organizations, and a publicly-traded company.  Budgeting requirements vary between each type of organization.  For instance, due to transparency requirements, publicly traded companies need to have budgets nailed down much more so than other organizations (or at least that’s how it seems to me; financial folks, chime in if I’m mistaken).  At some types of organizations, if extra budget appears, it’s not that difficult to devote funds to other line items while in other situations there’s more required.

In situations when budgeting is rather strict, it is important to think with the future in mind. Marketers should think ahead to what they and their fellow marketers will potentially need in the next year or so.  While they may not know specifics yet, if budget hasn’t been set aside for such needs, acquiring new tech at the desired time will likely prove difficult.

Such considerations contribute to a rather interesting martech budgeting challenge when having to provide a ballpark budget estimate for a line item that isn’t determined yet.  For instance, a team may know that it’ll need a certain type of platform or service several months in the future, but it needs to budget for it soon due to fiscal year budgeting cycles.  How does a team figure out a decent ballpark budget for an item that it hasn’t already had a chance to sufficiently vet — let alone document requirements for?

One strategy is to identify three or so vendors and ask for ballpark quotes during budget planning season.  Sales development representatives (SDR) aren’t usually thrilled about providing a quote without a chance to walk you through a dog and pony show — especially when they have little idea of the probability of winning the business.  However, this is likely a hurdle worth jumping over.

Another type of complicating factor is the various motivations of B2B sales teams and the incentives they can offer.  Their professional lives revolve around quarters and fiscal years; they have to hit sales targets that are tied to bonuses and their overall job security.  That’s why they sometimes dial up the pressure by offering significant discounts that are contingent upon closing deals by specific deadlines.  Such timelines may not align with when funds are available.

That’s when creativity is required along with cooperation from other departments like legal and finance on both ends and procurement on the client’s side.  Is it possible to execute a contract to meet a deadline for discounts while at the same time delaying payment and/or implementation until a later quarter or the next fiscal year?  This is a perfect example of when martech management is far more than technical.

The importance of thinking ahead

As I’ve argued in the past, there are some functions like procurement that martech practitioners hopefully don’t have to perform, but that doesn’t relieve them of having to consider the needs of their corporate partners.  Budgeting is one of those things.  Our friends (or perhaps — but hopefully not — frenemies) can’t time travel nor wave a wand to create cash on demand.

Thus, it’s important to think ahead and collaborate with them to avoid hurdles.  Understanding the various budgetary and fiscal hoops that are present is essential to working effectively in martech management.

The post How to think about budgeting for the marketing tech stack appeared first on MarTech.

Steve Petersen
Steve Petersen is a marketing technology operations manager at Zuora. He spent nearly 8.5 years at Western Governors University holding many martech related roles with the last being marketing technology manager. Prior to WGU, he worked as a strategist at the Washington, DC digital shop The Brick Factory where he worked closely with trade associations, non-profits, major brands, and advocacy campaigns. Petersen holds a Master of Information Management from the University of Maryland and a Bachelor of Arts in International Relations from Brigham Young University. He’s also a Certified ScrumMaster. Petersen lives in the Salt Lake City, UT area. 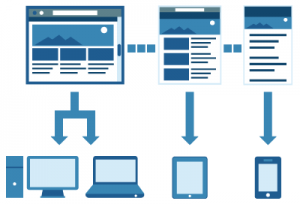 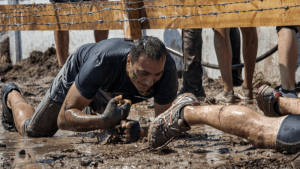