Everyone Is Fighting A Battle You Know Nothing About!*


Today, I had an unusual exchange of emails with a top executive (client and close friend). I’d sent, perhaps too casually, a note with a critique and suggestions on a project his team had been working on, somewhat related to the things I was doing with the organization.

It was a very tough project, they had done a good job, despite the circumstances and restrictions they faced. But there were some areas that need to be addressed to help in executing the overall strategies and plans we’d been working on with the executive. I dashed off a quick note with the observations and recommendations.

The note elicited an unusual response, “I know, I know…..we suck at everything…….” It went on to point out that I really didn’t understand what was going on and my critique was unfair.

I was stunned by the note, the response was so atypical of every exchange we’ve ever had. Before reacting, I reflected on a few things:

Something else had to be going on. We’d had a number of very tough and blunt conversations in the past, but never eliciting this kind of response. I was lucky in this case, I realized two days ago, he had a board meeting that we both knew would be very challenging. I also remembered later this week he will be reporting earnings/performance to the markets and analysts. It will be OK, not great, perhaps disappointing some investors, I know he was preparing for the analyst discussions. He was also completing an important acquisition, it was consuming a lot of his focus.

As I thought, I realized much of his tone and response may have been influenced by stuff completely separate from the specifics of my original note.

On further reflection, I realized both the timing and wording of my note was probably poor. I was so focused on the project, I was completely insensitive to these other things that were completely unrelated. The project and the results the team were trying to achieve were important to me. They were important to this executive–but at this moment, he had bigger battles to fight.

Fortunately, we were able to set things straight. The exec needed to vent a little and this note gave him the opportunity to let off some steam.

Often, we may run into similar things, yet be completely unaware of what drove the response. We may call a customer or prospect with an idea, getting a response that seems uncharacteristically harsh.

We may be trying to get to a prospect with an idea, but somehow can’t break through–they seem unreasonable.

We may talk to our manager or as managers we may be talking to our people—getting responses that seem completely inappropriate to the nature of the conversation.

As we decide what to do, how to handle the situation–whether it’s a conversation with our people or managers, with customers or prospects, we have to think:

Are they fighting a battle we know nothing about?

The reactions and responses we may be getting may be totally unrelated to us or what we are doing. They may be driven by other things that are distracting them, or influencing their behaviors.

Often, we miss these signals. We may be so focused on ourselves and what we want to achieve, that we lose sight of, or are insensitive to the things our customers, prospects, managers, or people are facing.

We may be catching them at a bad time–interrupting them when they are facing a critical deadline. They may be distracted, focused on something more critical. They may have just received bad news or been surprised by something. They may be facing issues or pressures we are completely unaware of. There could be any number of things that cause them to behave in ways that are atypical for them, or may not represent who they are or what they feel about us/our offerings.

There are obvious things we should be sensitive to—month end/quarter end/year end are no times to talk about new projects or initiatives. Sales people and managers are busy closing business. Operations/manufacturing/customer service may be consumed with fulfilling orders.

If the executives we deal with are at the very top of their companies, timing around board, investor, analyst meetings is tough. They are always focused on those.

If there are critical deadlines, projects, or unrelated problems, we may want to consider the timing of our approaches.

There may be personal circumstances–an illness in the family or anything else that is distracting them.

The only way we ever realize the person/organization we are trying to work with may be fighting a battle we know nothing about, is by focusing on them–understanding them as people, understanding their business, and drivers.

Being driven by our goals and objectives blinds us to the person we are trying to engage and work with. We never realize the roadblock we seem to be facing has nothing to do with us, but may be all about something else.

I was insensitive to the battles my friend was fighting, as a result, I got an unusual and quite unexpected response. Fortunately, we have a strong relationship and were able to get around the misstep.

Make sure you think about the battles your customer/prospect/manager/people are facing.

*This quote came from Tim Ferriss. I’m a great fan of his podcasts, there is always something to learn from them. 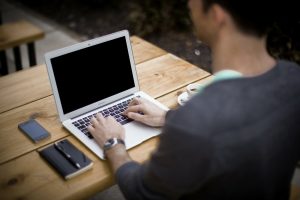 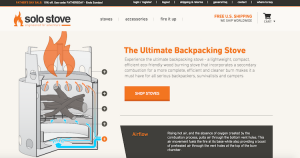 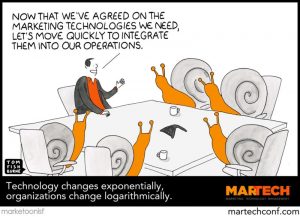