Event-oriented vs. always-on: The campaign tactics that work

Whether you’re an e-commerce advertiser focused on specific events or you’re looking to drive consistent revenue throughout the year, columnist Andrew Waber discusses the strategies that will help increase your ROI. Photo by LendingMemo and used here via the Creative Commons license

E-commerce-focused advertisers can be segmented into two categories based on their strategic goal — whether they’re focused on maximizing returns during specific periods (e.g., a chocolatier during Valentine’s Day, Easter or Mother’s Day) or looking to drive purchases at a more consistent rate throughout the year (e.g., an online furniture retailer).

Of course, even when operating in one of these larger strategic buckets, all e-commerce advertisers practice some version of a hybrid model. Very event-focused advertisers still will spend modest amounts to attract customers during the “down times,” while advertisers spending more consistently will still likely boost their activity at some point during the holiday shopping season.

But what truly separates these two types of advertisers are the tactical considerations that go into executing each respective strategy. Let’s go through examples of each, examining customers who have used Nanigans’ (my employer’s) software, delineating what’s worked best for implementing these strategies, along with potential drawbacks.

A nationwide provider of floral delivery services structures its campaigns around three major holidays: Mother’s Day, Valentine’s Day, and to a lesser extent, Christmas. As this schedule repeats itself each year, the company has a great method for getting the most bang for their buck.

During the months where there is no major holiday, budgets are allocated to more exploratory audience segments, such as users who spend the most time on the site or lookalike audiences based on customers who have the most active accounts.

Subsequent activity from these prospected users feeds into likely “high future value” segments based on historical learnings at the advertiser (e.g., users who bought “birthday-themed” flowers are likely to buy flowers again during Valentine’s Day).

Leading up to a holiday, the company understandably raises their average daily budgets by significant amounts, as seen below. They also modify their audience mix, targeting users who have visited the site recently or purchased bouquets one year prior, but also committing sizable budget to user groups they have designated as high-value throughout the year. This advertiser’s business model necessitates this kind of campaign strategy. The market for flowers is highly seasonal, but the ability to understand and remarket to the kinds of customers driven to make, or even investigate, one-off purchases for events like birthdays or anniversaries is critical to driving profitability over key time periods.

While this approach is not foreign to more year-round minded companies, it’s paired with a variety of other nuanced methods of testing and segmentation.

E-commerce marketers that need to drive more consistent revenue benefit from being incredibly focused on testing.

One of the savviest companies using Nanigans is an online clothing and footwear retailer. In a given month, they commit budget to 40 to 50 audience segments. This sounds daunting, but the company has benefited from the approach to the tune a 300+ percent return on Facebook ad spend over the past six months. From a tactical perspective, the company employs a multi-tiered approach, using a portion of their budget to prospect new users at the very top of the funnel, say, recent website visitors in a given age group. Within these groups, from 10 to over 20 ad creative combinations may be running as part of a multivariate test.

Once a user has added items to their cart, bought something on the site, or even viewed a product page, they typically get put into audience segments tied to Dynamic ads. These will show related products and may have a promotion tied to them (like 20 percent off or free shipping on a $100 purchase).

In a sense, this advertiser is constantly relearning its prospective audiences to better advertise to them. Even fairly well-defined audience segments, such as males ages 35–45 who have visited the site in the past 30 days, are constantly tested against.

This approach is understandably more intensive to set up and manage, but the payoff in ROI is worth the trouble.

For those looking to expand their efforts here, it’s worth checking out this column on testing. Despite being a few years old, it remains a good primer on the variables to consider, while this breakdown of proper test design is another nice resource. Some more direction and examples of strategies around dynamic ads can also be found here (registration required).

At a high level, the floral delivery service is accruing historical data from past purchasers and using user patterning to determine who is most likely to buy during their boom periods. Meanwhile, the clothing retailer is constantly testing and learning about their core audiences.

The companies don’t share a business model, but the central tenet of using past information to tweak current campaigns is the same.

Whether you’re an event-oriented advertiser or someone who spends in a relatively consistent way throughout the year, using historical data in clever ways to better refine your audiences is a strategy that will help maximize efficiency and increase ROI. 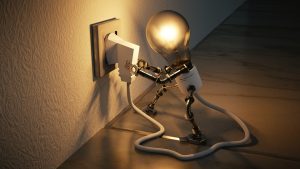 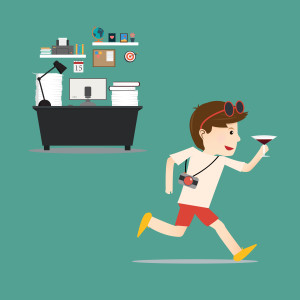 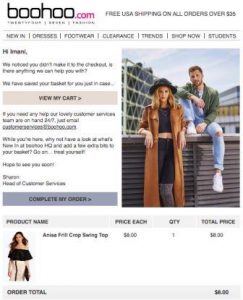 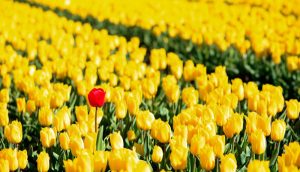