When I made my first tentative steps onto the internet, approximately **cough** years ago, like most people I was a very passive user. It seemed like a reasonably handy way to look up information related to my hobbies, usually wrapped in a garish Geocities website full of animated icons and inadvisable font choices. Useful, but not life changing.

But then I stumbled onto the message boards of DC Comics. This was my first social experience online – and I was instantly addicted. Yes, I’m a comic book geek, and those message boards gave me a virtual space to express my full geeky self.

These were my people! Comic book conversations were no longer limited to the two guys in the comic shop. There were hundreds of us, all eager to debate whether Krypto or Ace the Bat-Hound was the best caped canine! (It’s Ace, obviously).

But the conversations and threads I remember the most weren’t about comics. While there were boards devoted to every DC character, I gradually began reading and posting more on the Other DC Topics board, where users would regularly kick off threads with a spurious connection to comics that could be relied upon to meander onto all kinds of unrelated subjects. These were our “getting to know you” threads. We had become a community, as interested in each other as we were in the comics that brought us together.

I still remember the thread when a respected older member revealed he had cancer. And the numerous threads following the 9/11 attacks where people shared their own stories of those terrible few days. It could be emotional, but most of the time it was just plain fun – swapping jokes and sharing ideas and getting to know the people behind the avatars.

Occasionally, the moderator would jump in to delete “off-topic” threads, only for more to pop up. Board members wanted to chat about more than just their comic collections – and in the absence of a dedicated board to do that, we would improvise.

Lesson One: The community isn’t about you or your product. It’s about people socialising with people. You’re just providing the clubhouse.

In 2007, journalist Jeff Jarvis was in the audience at the World Economic Forum in Davos when the head of a major news organisation begged Mark Zuckerberg for the secret to building – and owning – a vibrant online community.

Zuckerberg’s answer was unequivocal. “You can’t.”

As Jarvis writes in his book What Would Google Do?, Zuckerberg explained why the media mogul was asking the wrong question:

“’You don’t start communities,’ he said. ‘Communities already exist. They’re already doing what they want to do. The question you should ask is how you can help them to do that better.’ His prescription: Bring them ‘elegant organisation’.”

Facebook exploded the way it did all those years ago because it provided the Harvard community – and later the world – with the digital tools to plan social activities and interact with others online. The experience was both organised and elegant. Importantly, the elegant organisation offered by Facebook was significantly better than that provided by earlier social networks such as Friendster and MySpace.

Similarly, the DC message boards didn’t create the comic-loving community. For decades, people had been swapping comics, starting fan clubs and occasionally getting into fights about whether Superman or the Flash was faster.

But in those early years of the mainstream internet, the DC message boards gave fans like me a way to find and interact with each other that was easy, scalable and unrestricted by geography. Elegant organisation.

Lesson Two: Help the community do what they want to do better than anyone else.

Use it or lose it

Life did what it does, and I gradually drifted away from the boards. Eventually, in 2012, DC shut down the message boards as part of a website revamp involving greater integration with social media. Conversations would now be restricted to comments underneath specific articles, with fans required to use a Facebook login to join in.

Far more controlled. Far more restricted. No more could the community indulge in idle chatter about anything that wasn’t directly related to a current DC topic.

That’s not a community. That’s just thousands of separate one-on-one relationships between the brand and individual customers.

It seems DC tried to launch a new forum in 2016, but as the various boards still have zero topics and posts four years later, I’m guessing the party had moved on. Plenty of other comic-related message boards and forums had sprung up over the years, offering more features and improved moderation. And most have a dedicated DC category. There was no reason for the community to return.

Lesson Three: The community doesn’t need you or your brand nearly as much as you think.

The ability for communities to grow much larger online can lead to new problems as all of these people try to interact with each other.

When I was a teenager, Doctor Who fandom (yes, my geek quotient is very high) was either impersonal and distant – a national fan club with few opportunities to meet and interact with other fans – or parochial and small – local groups gathering in someone’s front room to watch episodes together.

The arrival of online communities made it possible to combine the scale of the former with the social activity of the latter. But these larger communities also bring very different people together – creating an unpredictable social dynamic that can be a far cry from those friendly front room gatherings.

The Doctor Who Club of Australia has run a vibrant Facebook Group for years, with a wide and diverse membership. But emotions can run high even in a community dedicated to a fun piece of entertainment. For a time, the moderators constantly had to maintain order as personalities clashed and rules about what was an acceptable comment were challenged. Eventually, a small subset of members left the DWCA group to set up their own community where they could establish their own rules and celebrate (or criticise) the show in their way.

(Comparatively speaking, the DWCA Facebook Group is positively idyllic compared to some Doctor Who communities, where civil war can break out over the casting of each Doctor).

Even though everyone in the community might come together because of a shared interest, that doesn’t mean everyone has the same opinion about how best to celebrate or discuss it. Beneath that shared interest can be a range of different attitudes and beliefs that can manifest over time, eventually leading to sub-communities or factions breaking out.

A community is a mass of relationships happening in the one place. And like any relationship, there can be good and bad days. There can be arguments and break-ups.

Every community needs its rules and peacemakers.

Lesson Four: The more people join a community, the greater the risk of disputes breaking out. Codes of conduct and moderators are essential.

It’s about the people

The technology may continue to evolve. New features and new trends may nudge online communities this way or that.

But while some things may change, the central truth about communities will always remain the same: Communities are about people, not technologies; relationships, not topics.

So, put aside the strategies that treat forums and Facebook Groups as technical problems to be solved. You need to become a part of the community before you can hope to understand it. 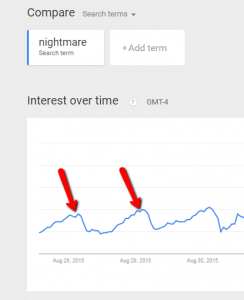 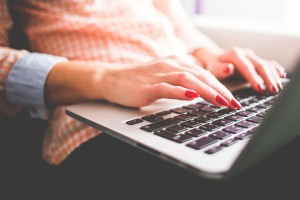 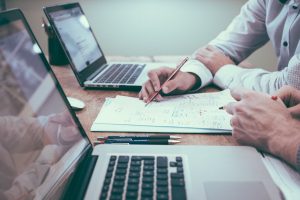 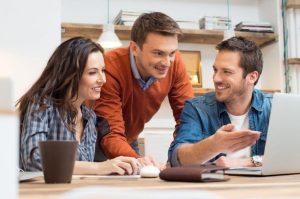 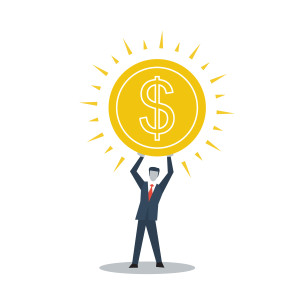