Buy On Google: Everything You Wanted To Know (But Were Too Afraid To Ask)

So just how does Google’s “Purchases on Google” work? You don’t have to be shy if there are things you don’t know (and feel like maybe everyone else does or you should). Find out everything you wanted to know about the “Purchase on Google” update–but were too afraid to ask.

Google has essentially become a more efficient intermediary between the consumer and merchant for mobile purchases. Here’s how it works: Google a product and search results with product and pricing information appears as a scroll bar in top page results. That’s been part of Google’s Product List Ads (PLA) for a while. Last year, Google began migrating accounts to its “Google Shopping” campaigns. But in this summer’s pilot testing phase for “Purchases on Google,” in these results, some products and retailers display a “Buy on Google” text. Only a handful of retailers are participating as of now, though the greater launch is expected in late 2015 or early 2016.

In mid-summer this year, Google introduced Purchase on Google, which Google hopes will allow for an easier shopping and purchasing experience on mobile. According to Google, it helps sellers “drive more mobile conversions and win more customers.”

Google wanted to evolve the buying process on mobile, giving more control to end users in how they make a purchase while still allowing merchants total control of the communication process with consumers. As mobile has increasingly become a morecompetitive marketplace, Google sought to meet the most immediate needs and questions consumers have, and in their July 2015 blog, stated that as: What sellers want to know, where they want to go and what (and how) they want to buy when it comes to mobile.

The “Buy on Google” text is Google’s answer to what–and how–consumers make purchases from “their favorite” retailers on their smart phones. And it’s a response to how mobile e-commerce can become more efficient to eclipse desktop purchases.

How Is Purchases On Google Useful For Me?

Instead of navigating through a cumbersome maze of products, retailers or other pertinent information in search results, you’ll see a more streamlined display where you can click the ad to a Google hosted landing page where you can make your purchase. The landing page will show the retailer’s branding and you can make the purchase via your stored account information in Google or by adding new debit or credit card information.

Shoppers love the ease of marketplaces like Amazon or E-bay, and Google’s offering a similar formula. It extends the ease of one-step, or one-click, ordering via another avenue, albeit one of the most influential ones.

Where Can I Find It? (And Why Can’t I Find It In Other Places?)

You’ll find it on on Chrome for Android and iOS when shopping on mobile. And as of now, this option is only available in the U.S., but UK search results with the text have not yet been rolled out. You may see it on select retailers–Macy’s was one of the first few to be in talks with Google early on.

Some of the downside, to some degree, really exists on the merchant end, where inclusion into these new Google search results means taking a few administrative steps in order to qualify. It is an extension to the Product List Ad (PLA) you see displayed in your search results.

Who Pays And How?

On the seller side, merchants will only pay for clicks from an ad to a product page. Once a user has landed on a product page, any clicks, communication and interactions are free of cost.

The upside for merchants is that Google hosts the product page and offers purchase protection for customers. Additionally, merchants own customer communication and the ability to control offers for marketing and advertising messages.

An increase of market spaces where consumers can make easier and more direct purchases is one thing, but that Google has entered this space in the past year or so, is another. Whether or not they decide to move forward with Buy on Google text, for retailers, consistent attention matters when it comes to campaign strategy for Shopping on Google:

You could say 2015 is the year of the “Buy” button. In the last several months, buy now options have appeared on Twitter, Facebook and Pinterest. That can bode well for merchants as mobile search ads have historically cost much less than desktop placement–though, seemingly, you’ll see a change here, too.

Amazon and E-bay are the top, obvious competition here. However, Google says it does not want to become a retailer, but wants to keep an edge as a top advertiser on mobile.

Google’s been forthright about pushing forward into the mobile landscape and all aspects of it, and you might say it’s a hand-up to the retailers where mobile user experience is still clunky; Google’s swooped in, offering one-stop, easy-to-use experience with protection. That’s good news for retailers who aren’t well optimized for mobile.

But keep in mind, Amazon has held the predominant lead in consumer research of purchases in past years. And Google’s “Purchase on Google” may put a sizeable dent in this lead.

What this really means has less to do with a simple product purchase and everything to do with driving e-commerce on mobile. Weigh in: How do you think Purchases on Google will change the e-commerce landscape on mobile?

About the Author: Tricia Mool 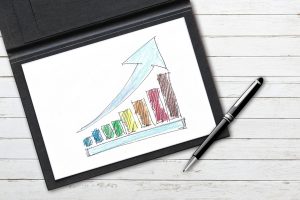 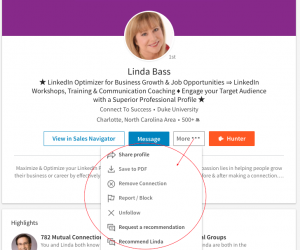 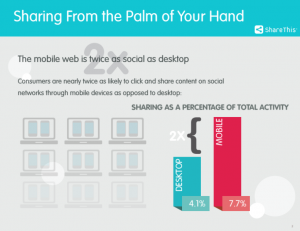 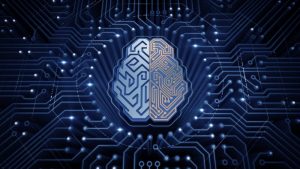 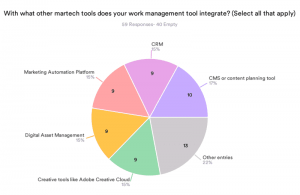